Ray: It’s interesting that the two writers handling Batman: Pennyworth RIP #1, a tribute to the life and influence of Alfred Pennyworth, Pete Tomasi and James Tynion IV, don’t include the man who actually killed him off, Tom King.

An oversized art-jam style issue, Batman: Pennyworth RIP #1 focuses on all the core members of the Bat-family being gathered together according to Alfred’s will to attend the opening of a hospital bearing Alfred’s name and to toast the man’s life with Bruce. But it quickly spirals out of control, as Bruce’s usual standoffish style and the Bat-family’s lingering resentment at the death of his father figure leads to fights and storming out. The main problem with this segment is the makeup of the crowd.

It’s Bruce, Damian, Tim, Barbara, Jason, and “Ric” Grayson (still mostly amnesiac). Kate, Selina, Duke, and Cass get relegated to patrolling Gotham in their absence, despite some being closer to Alfred than Babs. One true Batgirl and all that, I guess. Kate is family!

The best part of this issue are the flashback segments, each drawn by guest artists and focusing on how Alfred touched their lives. Chris Burnham lends his skills to a story set early in Damian’s training, as Alfred mediates a conflict between father and son. Also really strong is the story Bruce tells to “Ric”, about the burden Alfred always carried over the Wayne’s shooting and why. Tim’s story involved Alfred seeing the boy’s obsessions with his own failures and getting him the tools he needed to find closure, and I enjoyed the Jason story about how Alfred stayed connected with him even during his rebel criminal years.

Barbara’s was probably the weakest, about how Alfred helped her commemorate the anniversary of her leaving spinal rehab, but this is partially because their connection has never felt that strong. These great vignettes are undercut by a bitter main story that makes Bruce feel emotionally useless and the Bat-family feeling rather cruel to each other. It just emphasizes how broken the Bats are without Alfred – which may have been the point. 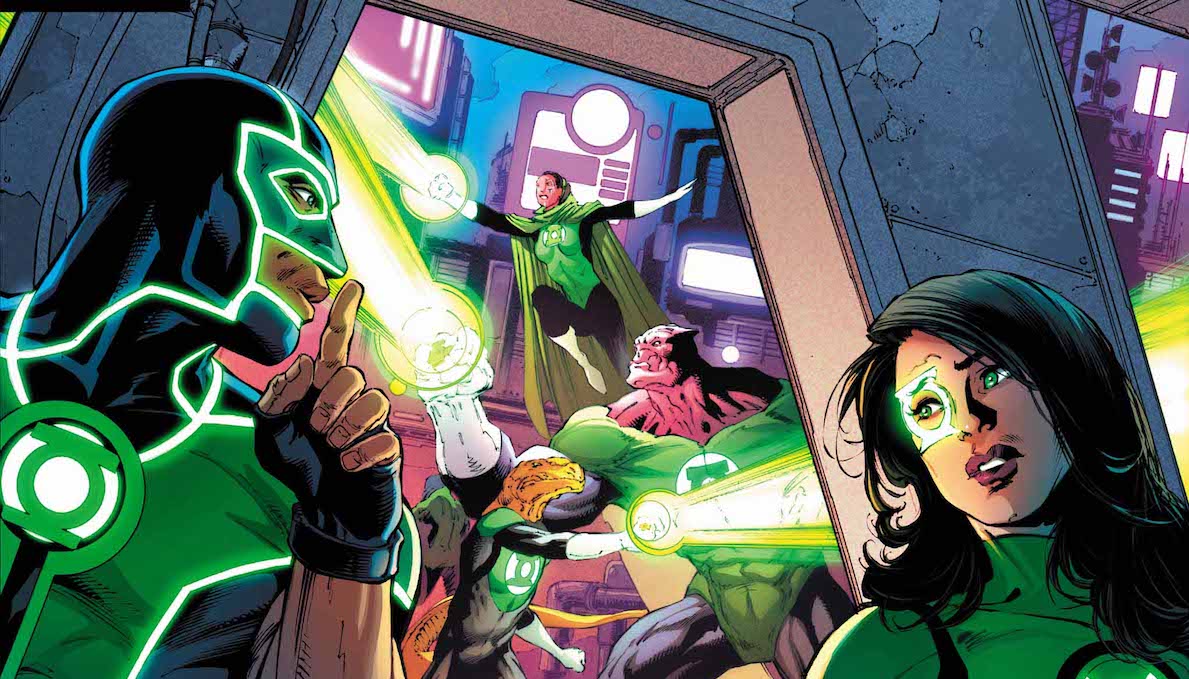 Review – Green Lanterns #49: Jess and Simon On the Run

2 thoughts on “Review – Batman: Pennyworth RIP #1: Farewell to a Father”