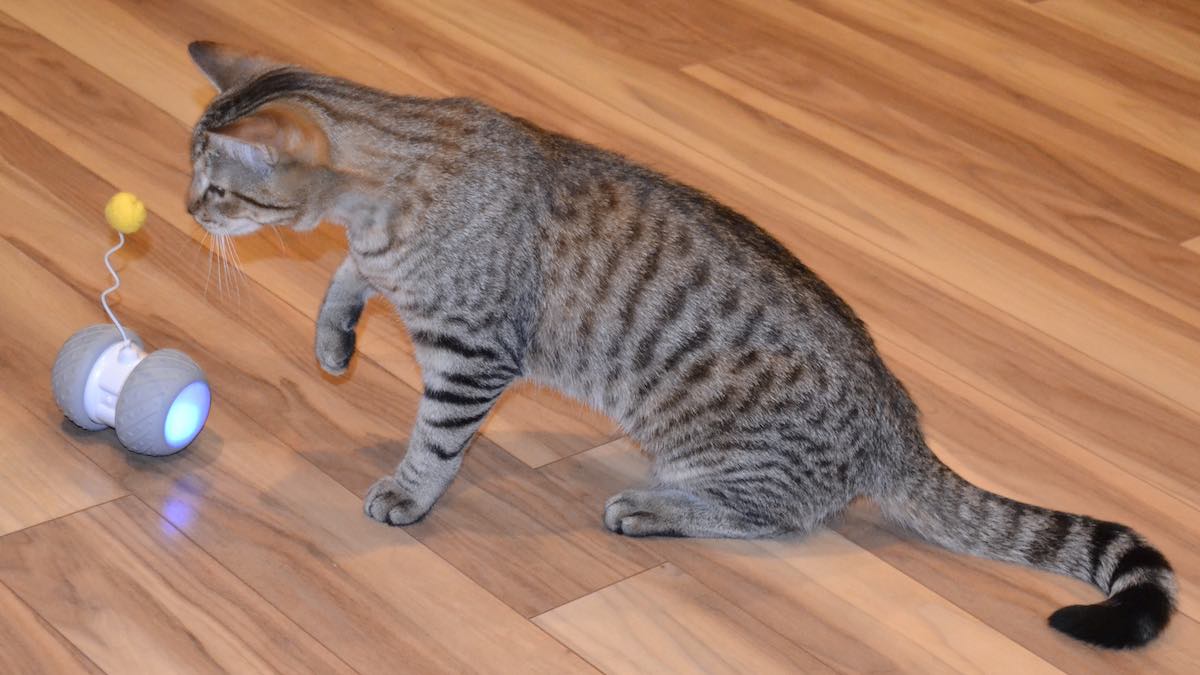 Pets have always been part of my family life. However, after the pair of cats we “inherited” from my mom passed on a few years back, we decided to take a cat break, sticking to our two dogs. Having some time free of cat litter and hairballs had its appeal. That wasn’t to last, though, after a friend of my wife announced a litter of stray cats on her property that needed to find homes. The kids were all over that. We adopted two kittens last summer and began the process of re-equipping the house for cat occupants. Part of that involved new toys, and I quickly discovered that there are a lot of cooler high-tech toys available now than I remembered. I ordered a USB-rechargeable, LED-lit, motorized robotic toy, and added a traditional “circle track with balls” option to the cart as well.

This is the one I was looking forward to trying out. A pair of motorized wheels with big rubber tires, each independently powered so it can spin 360-degrees. Automatic obstacle detection. Motion and speed are randomized. The hubs of the wheels have big, bright LED lights. Screw-in, dangling “lures” including a feather and a fuzzy ball. USB-chargeable with 10-minutes of run time on a charge. That’s a lot of functionality for the price. (I paid under $35 on Amazon.)

When we first fired it up, the cats weren’t sure what to make of it. They stalked it, following a few feet behind, before eventually pouncing. The little robot lived up to claims, with random motion that kept their interest up, and it quickly reversed direction if it hit a wall. It also entertained the kids, at least for a few minutes. Unfortunately, it is small enough that it was able to scoot under the sofa, but it usually finds its own way out—eventually. It’s gone down the stairs once, but easily survived the fall (it seems pretty rugged).

One of the cats (Nigel) is insanely interested in the feather lure. The problem is that he someone managed to pull the entire lure mount out, ran off with it and hid it. No idea where that thing is now. The fuzzy ball lure is still intact but doesn’t get quite the same reaction. It does need to be charged after about 10 minutes of use, so it’s more of a special occasion toy than one they have constant access to. That being said, for $35, it’s worked out pretty well.

This one has turned out to be absolute catnip to the other cat, and its $8.99 price tag makes it a steal.

The concept is pretty simple: three plastic balls whirl around three different levels as they’re swatted. Both cats play with it, but one (Lily) is mesmerized by it. For several months now she’s been working at it multiple times a day, sometimes for five or 10 minutes per session. She gets her paws in the hollow center, trying to get a better position, lies down on her side to kick at the balls, and even flips it over to try it from a different angle. This one is particularly great because it’s self-contained (the balls can’t get lost and there are no worries about the dogs accidentally swallowing them) and it’s self-powered, so they have access to it 24/7. It’s also easy to take with them if they need to be boarded. I’m actually thinking of picking up a few more of these, so they have one on every floor… 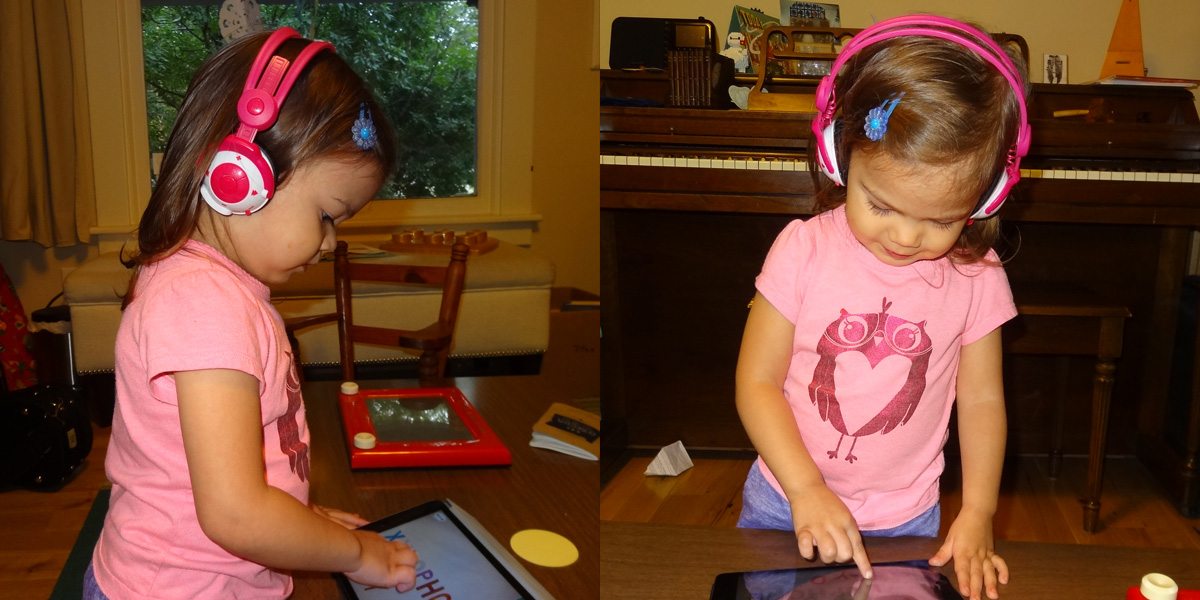