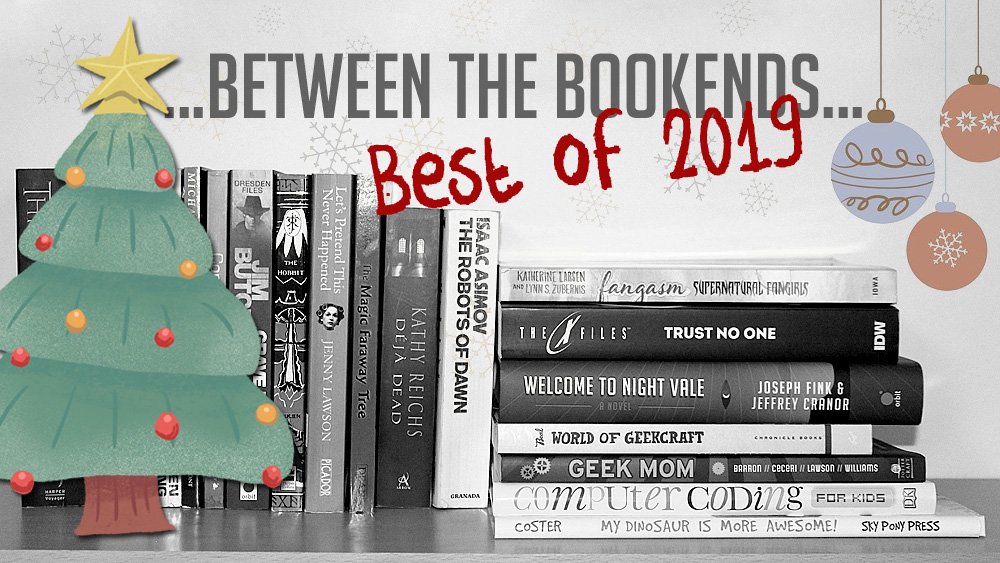 GeekMom has reviewed dozens of books over the year in our monthly Between the Bookends column, but which ones have really stood out? Sophie, Rebecca, and Sarah picked some of their favorites from this year’s columns to share again, and perhaps you’ll spot something for that awkward person on your holiday shopping list who you still haven’t bought a present for!

We’re already looking forward to sharing more books with you in 2020 and wish you all happy holidays and a joyful new year.

The Uninhabitable Earth by David Wallace-Wells

The Uninhabitable Earth by David Wallace-Wells is easily the most terrifying book Sophie has read in a long time, probably ever, a no holds barred look at the realities of climate change. What is likely to happen to our planet, why, and what we need to do to try and slow it down – we’re already far beyond stopping it entirely. Past the introduction, the book is divided into 12 “Elements of Chaos” with titles that will inspire anxiety in and of themselves. “Hunger”, “Downing”, “Unbreathable Air”, “Dying Oceans” and “Economic Collapse” are among them, each one an eye-opening exploration of just how bad the situation has become while we’ve looked the other way…

Read the rest of this review in the March Bookends column.

How to Land a Plane by Mark Vanhoenacker

Sophie isn’t a great flyer, although she does adore commercial aircraft and is a regular plane spotter; it’s just the whole actual being in the air bit that makes her a little nervous. That’s why she found the concept of Mark Vanhoenacker’s short book How to Land a Plane so interesting. It begins with the premise that you have suddenly found yourself in sole charge of landing the aircraft you are currently on board and attempts to talk you through the process.

Read the rest of this review in the April Bookends column.

Sophie’s favorite book by far this month was Please Send Help by Gaby Dunn and Allison Raskin which follows best friends Ava and Gen who have recently finished college and are taking their first steps into the world of jobs, rent, awkward office romances and all the other fun things that come with adulthood. Ava has lucked into an unpaid internship at a popular late-night TV show in New York, while Gen has taken on a print journalism role in small-town Florida. Both are struggling. Ava worries she will fail to make the most of her opportunity of a lifetime, Gen that she will be stuck going nowhere in Hicksville – and both are making a series of questionable choices involving feral cats, homeless guys, and sex with the wrong people.

Read the rest of this review in the June Bookends column.

The Kingdom by Jess Rothenberg

Sophie’s first book of the month ended up being her favorite as well. The Kingdom by Jess Rothenberg is a YA sci-fi novel set in the near future at a truly immersive theme park where extinct creatures roam, the world’s best rides tower into the sky, and every dream you can imagine can be lived. Ana is one of twelve Fantasists, half-human half-android princesses who live in The Kingdom and are programmed to make every wish of their guests come true. Only now, Ana has been accused of murder and her very humanity is on trial because she has begun to experience emotions and romantic feelings—things she was never programmed for.

Another book Sophie loved over summer was YA novel American Royals by Katherine McGee. In this alternate history version of America, when George Washington was supposedly offered the role of king after the Battle of Yorktown, he decided to say yes and over 200 years later, the Washington family still rule America atop an expansive court of nobles and aristocracy. Seemingly, most other things are the same. The teens all still use social media, attend frat parties, and deal with hurtful gossip, but there are some occasional references to alternate history elsewhere in the world.

breakfast: The Most Important Book About the “Best” Meal of the Day by The Editors of Extra Crispy

While having a “bookstore date” with her husband, Rebecca Angel perused the cookbook aisle and found breakfast by the editors of Extra Crispy, a website pouring love like maple syrup over the first meal of the day. With its bright egg-yellow cover (with a perfectly fried egg photo), Rebecca squealed in delight. She loves breakfast. No, adores breakfast. Maybe this is because she is a morning person, and has happy energy to pop a sweet potato in the oven upon waking, which fills the house with good smells and is amazing on a winter day sprinkled with granola on top and butter, oh, the love of butter. What meal uses as much butter as breakfast?

Read the rest of this review in the January Bookends column.

An Easy Death by Charlaine Harris

Rebecca Angel has been a fan of Charlaine Harris for over a decade and was thrilled to read her latest book, An Easy Death. This is an adult fantasy/alternative history book set in Texoma in the early to mid-twentieth century. Texoma is its own country in what used to be America, but after the assassination of President Roosevelt, deadly diseases, plus the Great Depression, geopolitical lines shifted, leaving a fractured world where there is little law and order, “…this was the kind of thing that just happened because times were hard and people were weak and bad.”

Read the rest of this review in the April Bookends column.

Defy the Stars is a science-fiction romance for YA and up. Rebecca Angel read it for her fantasy/sci-fi book club and fell completely in love with both main characters, Noemi and Abel. It was one of the rare books that everyone in the club enjoyed. In Defy the Stars, Earth is a polluted and dying planet. Humans began looking for alternative homes in the universe and came across a small handful that were then connected by wormholes stabilized by “Gates” in space. Only one of the new planets, Genesis, is truly an oasis for people, but when the first colonists finally realize Earth will never change its ways and will simply overpopulate and pollute their new home as well, the humans of Genesis start a war to keep Earth’s people away and keep their planet safe.

Amy finally got around to reading the first Rick Riordan Presents book, Aru Shah and the End of Time, to her Percy Jackson-loving, ADHD-infested 10- and 12-year-olds, and when the second book in Roshani Chokshi’s series, Aru Shah and The Song of Death, turned out to be released when they were 2/3 of the way through with the first one, they ordered it right away so they could read right through uninterrupted. Now they’re a little sad that they’ll have to wait at least a year for the third book! The series follows the pattern of Riordan’s own books—awkward middle-school kid discovers they’re descended from the gods and must save the world from mythological evil—and will definitely satisfy any Percy Jackson cravings a reader might have.

Read the rest of this review in the May Bookends column.

Click through to read all of “The Best of Between the Bookends: Our Top Picks from 2019” at GeekMom.If you value content from GeekMom, please support us via Patreon or use this link to shop at Amazon. Thanks! 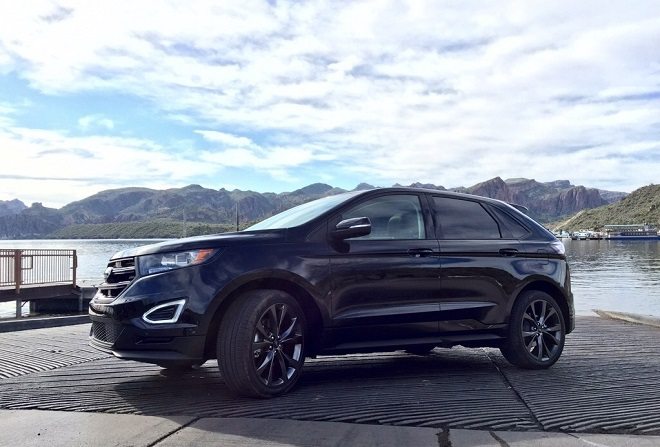 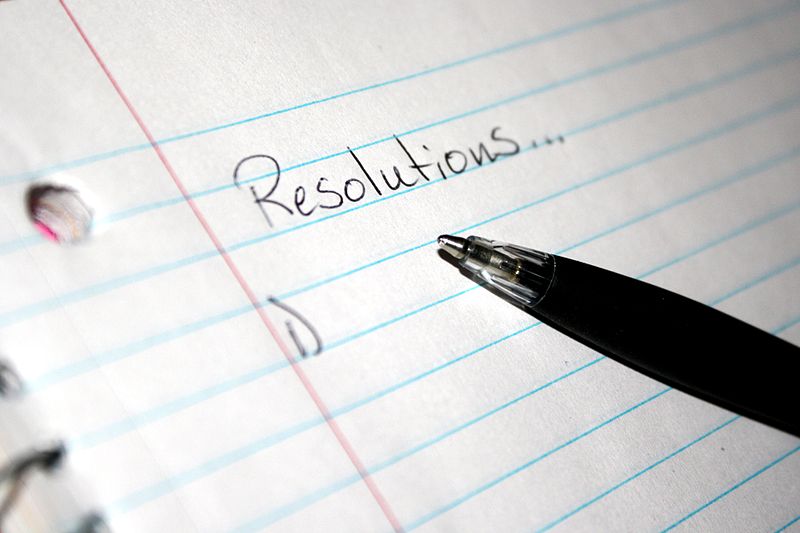