Corrina: Too Much Action, Too Little Marvel Family

Ray: Now that the six Year of the Villain one-shots have wrapped, we head into the second phase of lead-up to the Hell Arisen event – one-shots focusing on the infected heroes, with the first being The Infected: King Shazam #1.

While Hawkman and Supergirl will play out in their own titles, Shazam, Blue Beetle, Donna Troy, and Commissioner Gordon are getting their own spotlight issues. It starts with this one focusing on the most powerful of the infected, as Sina Grace heads over to DC for a debut after a poor experience with Marvel editorial. This is the second one-shot featuring the Shazam Who Laughs, and I think the recent Black Adam one did a better job of making this teenage boy with the mind of the Joker and the power of Gods scarier. Sina Grace has always been good at writing younger characters, and his corrupted Billy Batson seems a little bit too much like a petulant child rather than a world-destroying horror, to the point that his foster parents think his cruelty is just him lashing out.

It’s very much not, though, and once he’s transformed he goes on a rampage tracking down one living God after another to prove himself superior to them. He brutalizes his old nemesis Atlas, tears his way through Olympus to defeat the God of War, and even gets into a fist-fight with Rao, the God of Krypton.

That one was a bit of a puzzle because Rao is either a long-dead God or an obscure villain from the Bryan Hitch Justice League of America run preceding Rebirth. His presence here was never really explained. It falls to Mary to track down her brother and stop him before he kills anyone, in her biggest spotlight since the run begins. There’s still the problem of her only role seeming to be “the responsible one” in this version, but she faces down the monster hijacking her brother impressively – even if she eventually falls short and opens herself to the infection. It’s a brutal, fast-paced comic, but too much of it is spent watching the title character punch his way through a bunch of bit players.

Corrina: Like the Lois Lane Dark Multiverse issue, The Infected: King Shazam #1 relies on action and action, rather than any subtlety. If you want to see a whole lot of Shazam beating up powerful beings while yelling, good news, you’re in luck. But I could have used much more of the Marvel family to add some pathos to Billy’s transformation. The bits we see of them are very good, showing that Grace probably would do well as the writer of a Shazam series, but it’s not enough, as the rest of the story is reliant on the infected Shazam hitting people.

The inevitable happens, of course, as Mary is infected so, presumably, we can see her beat up people too. (Though I wonder why everyone who’s infected doesn’t go after each other. Why would they feel solidarity with each other?)

And sometimes with these “infected” characters, I wonder what’s become of the Joker’s low-key evil, such as his subtle manipulation of emotions. Billy could have played serious head games with his siblings and his foster parents. Yes, he yells at them and insults them but that’s just confrontation, not manipulation.

Instead, the mood is all one-note: rage. 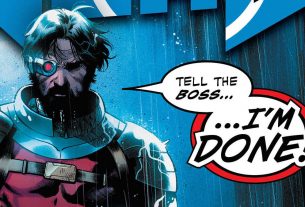