Ray: A Jeff Lemire comic is almost impossible to not recognize, even when it’s fused with another talented creator like Keith Giffen. Giffen’s bringing DCU deep cuts to Inferior 5, but the haunting tone of found family among the post-apocalypse is vintage Lemire.

The opening of Inferior 5 #3 introduces us a little more to the status quo – the superheroes did win the Invasion, but the devastation was far more widespread than we saw in the original comic. The government is gathering refugees – particularly those who have lost a parent – in a small southwestern town for a fresh start. That fresh start unexpectedly includes monsters and mysterious disappearances. It seems several “sixth kids” have disappeared over the last few months, and one monster after another is showing up. The depiction of these flashbacks in crude kids’ drawings is a clever touch that adds to the intimate tone of this high-stakes story with unknown characters.

Amid the exposition this issue, the stakes continue to rise as another monster emerges in the town. But this monster isn’t like the previous one – it seems to be a former resident of the town, who lost his son and has now been turned into a monster based on the Tasmanian Devil. No, not the Looney Tunes character, but an obscure international hero from the 1980s.

Giffen’s been writing comics since then, which makes this one of the longest-delayed sequels in comic book history. An appearance by a Controller Starro drone this issue delivers some great action and shows just how powerful the villains actually are. It’s a highly unconventional DC book, but also one of the best they’re putting out right now.

A Jeff Lemire backup continues the shootout between KG Beast and the lead character, but it does a better job at capturing the tension of a one-on-one duel than most superhero fights. This book continues to surprise and should eventually make an evergreen classic like Tom King’s Omega Men. 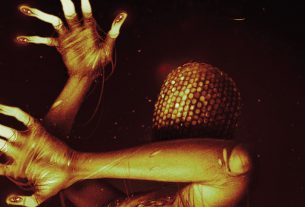 Review – Arkham City: The Order of the World #2 – Eyes Everywhere 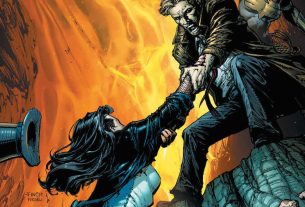