One year ago, my daughters and I were sitting in the bleachers at the Bootleg Theater in Los Angeles waiting for five grown men to take to the stage and play make-believe in front of a sold-out crowd. That’s right, we were audience members at the first installment of the traveling roadshow that is Glass Cannon Live, an offshoot of the popular Glass Cannon Podcast, a weekly Pathfinder actual-play rendition of the Paizo Giantslayer Adventure Path.

If at any point before March 2018 you would have told me that I’d be attending a live recording of a Pathfinder actual play podcast, I would have laughed and said you were crazy. Yet, here I was, doing exactly that. So then, how did I end up here? Well, that, as they say, is a long story. It starts about nine years ago …

I had just picked my daughter up from second grade. As we were driving home, she asks from the back seat, “Dad, have you ever played Dungeons & Dragons?” Of course I had—I’m a GeekDad! In fact, D&D had been a major social outlet for me from about seventh grade through high school and into college. But at this point, it had been probably eight years since I’d played the game. She told me she and three of her friends wanted to play. So, being the dad I am, I decided to assume the role of Dungeon Master for this burgeoning group of role-players.

I’d just heard about the Castle Ravenloft boxed game on an early iteration of the GeekDad Podcast. It promised all the excitement of Dungeons & Dragons with minimal prep-time and a simplified rule set. So it seemed the perfect place to start for a group of eight-year-olds. I picked up a copy from my local game shop (Game Empire in Pasadena, CA) and we got to it. We had a lot of fun playing, but after the third session, it was pretty clear that the kids were getting bored with the sameness of the game. They wanted to step up to the real thing.

So I headed back to Game Empire and picked up a few of the rulebooks for 4th Edition D&D, which was the current version available at the time. We rolled up some characters and set off on an adventure. Despite the mechanics being very similar to those of Castle Ravenloft, the kids just didn’t like this version of the game. Although we stuck with it for a few sessions, and I tweaked things here and there in an attempt to increase their (and my own) enjoyment, it just didn’t work. They simply found 4th Edition to be boring.

I wasn’t ready to admit that my DM skills were lacking, and I didn’t want to turn the kids off to role-playing games, so I decided I’d give it one more go—this time with Pathfinder.

At the time, Pathfinder had been available for about two years or so and promised a more robust roleplaying experience than what we’d had with 4th Edition D&D. Pathfinder was often referred to as D&D 3.75, implying that it was an upgrade to the well-regarded (if complicated) D&D 3.5 ruleset. Now that may have been a bit too much for a group of third graders to take on, but—fortunately for us—Paizo had just released the Pathfinder Beginner Box, which looked like a great way to jump into the game system. So after another visit to Game Empire, we re-created their characters from D&D 4th Edition as Pathfinder characters and ran through the short adventure that came with the boxed set. They loved it.

We eventually stepped up to the full version of the game using the Pathfinder Core Rulebook. I started with a stripped down version of the rules, and, as the group has matured, I have added more of the complex rules to our game. These days, we still play (almost) monthly, and we use the full ruleset.

So, in short, I’m a Pathfinder guy.

Back in March of 2018, GeekDad wrote about the release of the Pathfinder Playtest, the run-up to the (now released) Pathfinder Second Edition. Part of that announcement included the line that the Glass Cannon Podcast had a chance to play through a session of the Playtest helmed by none other than Paizo Lead Designer Jason Bulmahn. I reluctantly admitted that this sounded intriguing.

Prior to this, I had never listened to any kind of actual play podcast. Nor did I think I ever would. On the other hand, I was very much interested in hearing what Pathfinder 2.0 might be like. So I downloaded the episodes (which are still available from the Glass Cannon Blog) and gave it a listen. Much to my surprise, I ended up enjoying listening to these guys play Pathfinder. So much so, that I subscribed to their ongoing flagship podcast and binged it over the next few months.

Because both my daughters play Pathfinder with me, we all listen together. We really enjoy Troy’s gamemastering. He’s an actor and a true showman. It’s fun to listen to his obvious delight as he runs the crew through the ringer. We love that fact that Joe is one of the worst natural rollers ever to ever touch dice. If he needs to make a roll, the chances that he’ll roll a natural 1 are astoundingly high. We love hearing Skid do his voices and roleplay his characters. In one memorable moment, Skid was playing two characters (due to intersecting storylines) and he had a full conversation between them that was nothing short of brilliant. We enjoy listening to Matthew unleash a series of strategic spells that upsets Troy’s well-laid plans. My youngest daughter has gotten plenty of ideas from listening to Matthew play a druid (much to the suffering of my NPCs). And it’s always a blast when Grant, brazenly Texan despite living in New York City, unleashes massive devastation upon the enemies with his gunslinger.

Now I will say that they don’t always get the rules right (but who does—there are so many) and at times the show gets a little risque bordering on inappropriate. But one of the benefits of having older kids is that we can cringe together at those sorts of comments. Plus there’s the additional benefit of my daughters learning there’s not a whole lot of difference between 15-year-old boys and 35-year-old boys.

So, yes, we’re big fans of the Glass Cannon. Which is why we were excited that, during one episode’s pre-play introductions, one of the gents announced they were coming to Los Angeles to launch a series of live recordings of them playing through the Paizo Strange Aeons Adventure path. I was particularly excited about this because I considered running this adventure for our group (we ended up going with Ironfang Invasion instead) and wanted to see how the story would unfold.

Now this wasn’t the first Glass Cannon live show. They’d done a few prior to this, but this was the start of a new adventure and it was being held in a part of Los Angeles not too far from where we live. Previously, their shows have been for ages 18 and over or even 21 and up. So, when I checked the ticketing site, I was surprised to see that this show was listed as an All Ages event. I snapped up the three tickets without hesitation.

The night of the show, after waiting in a line that literally wrapped around the block, we ran into a small situation with security. As it turns out, the show wasn’t really meant to be all ages. Instead, it was listed as 18 and up. But, because I’d printed the tickets early, all three of ours had “All Ages” emblazoned across the top, and the gent working security at the Bootleg Theater let us in. And we’re grateful for that because we loved every minute of the show.

It offered everything the weekly podcast did, and the gents played true to form. After listening to these five guys play a game we all love week after week for a year, it was really fun to watch them interact live on the stage. I honestly never thought I’d laugh so much during as session of Pathfinder, let alone as a spectator. The guys really put on a good show, and I thoroughly enjoyed Troy’s rendition of the adventure’s spooky opening scene.

I don’t want to say too much about the actual gameplay during the show (spoilers, you know), but as we were driving there my youngest daughter said, “Joe better roll a one or I’ll be very disappointed.” Suffice to say, she was not disappointed many times over, including what I think was one of the best tragically funny moments in all of role-playing.

Anyway, if you’re curious about what a live actual-play Pathfinder podcast looks like, the boys have released the whole thing (as well as the subsequent installments) on the Glass Cannon Network YouTube Channel. Give it a view if you’re so inclined. If you like Pathfinder, I think you’ll enjoy it.

Since that first show, the Glass Cannon crew has spent the last year taking the Strange Aeons show around the country, selling out at every venue. And tonight, October 5, they return to the Bootleg Theater in Los Angeles for a live rendition of the latest chapter in the Strange Aeons adventure. Alas, we won’t be attending this year. When the show was announced, I checked the website and the show is restricted to attendees who are 18 and older. Even though that was expected, we’re a bit sad we can’t attend. But we’ll tune in later. We always do. 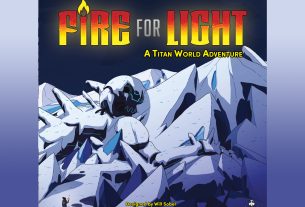 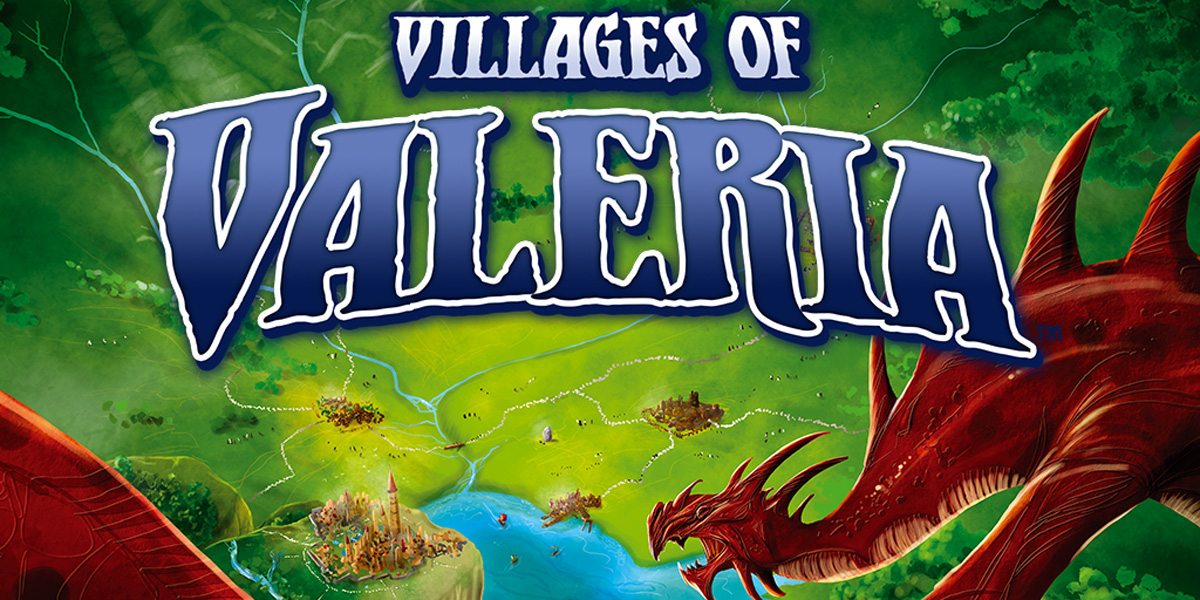 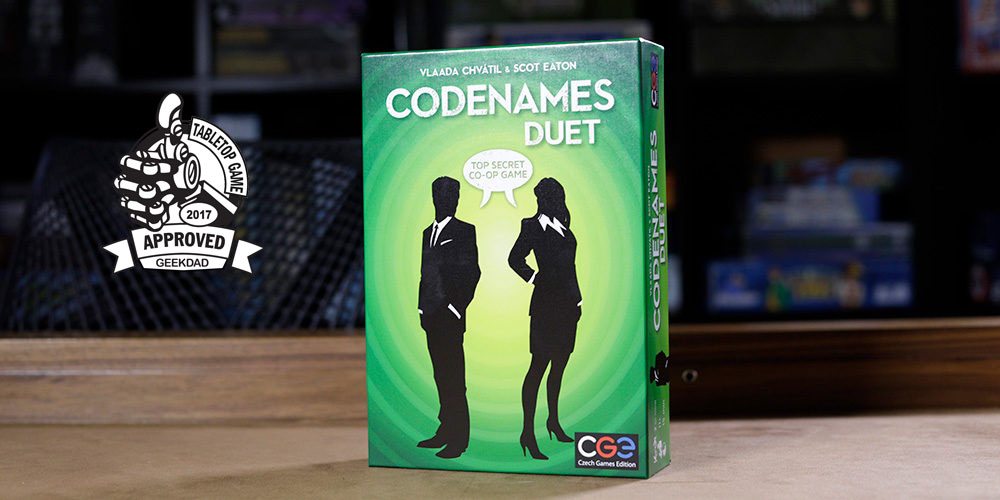