I try not to underestimate Nintendo. Sure, they don’t always hit it out of the park, but at some point, I simply stopped being overly skeptical about every weird new product they showcase. Was I initially dismissive about a clamshell handheld with two screens? I was. Did I turn my nose up at a certain ink-based shooter where kids transform into squids? Indeed I did. Did I, just two short months ago, cop to speaking dismissively about an officer of the law wearing booty shorts and sporting a supernatural partner? I cannot deny it.

In short(s), I’ve gone from a what-the-hell-is-that mentality to a more measured I-need-to-check-that-out approach. It was with that attitude that I began to explore Ring Fit Adventure, a new hybrid action RPG/exercise game for the Nintendo Switch.

Teased last month with a nigh inexplicable preview video, Ring Fit Adventure arrives on store shelves this Friday. I say “store shelves” because, unlike most Switch releases, you can’t simply download this one from the eShop; you’ll also need some unique accessories.

Put a Ring on It

Perhaps the most Nintendo-y or all Nintendo peripherals, the Ring-Con and Leg Strap are—currently, at least—single-purpose doodads made just for this unlikely fitness adventure.

The Ring-Con is a modified Pilates ring, a flexible resistance device a little over a foot in diameter with padded handles on either side and a Right Joy-Con attachment situated at the top. In the game world, this unassuming circle becomes Ring, an anthropomorphized… ring that chats with and motivates you on your quest to defeat Dragaux, a beefy singlet-wearing dragon.

The Leg Strap attaches to your left thigh and houses the Left Joy-Con. While the Ring-Con measures the power of your pushes, pulls, and overall upper orientation, this simple sheath helps calculate your leg movement, position, and balance.

And here’s the thing: these two weirdo accessories do a phenomenal job of movement tracking. While Nintendo hit all around the mark on one-to-one real-world/onscreen motion in the Wii era, these two simple devices (coupled with the technology-packed Joy-Cons) at last fully fulfill that promise.

Ring Fit Adventure doesn’t just turn the action RPG genre on its head; it makes it do a few squats and some knee lifts too. You’ll start by inputting some simple personal information, and then you’ll customize your onscreen avatar. From there you are thrust into a fantasy world threatened by the sinister machinations of Dragaux, a fitness conscious black dragon. In order to defeat him and his underlings, you’ll need to help Ring recover his lost powers.

You and Ring will make your way through various game worlds, each with a unique overworld map complete with branching paths and its own citizens, enemies, and environments. You choose a location by using the Ring-Con like a steering wheel, twisting left and right or tilting up and down, and then squeezing the Ring-Con to make your selection.

From there you’ll run in place to traverse the level, with the Leg Strap-mounted Left Joy-Con monitoring your pace and intensity. You can start at a brief jog, make your way to a full run, and then really lift those knees to conquer stairs, reverse treadmills, and swampy terrain.

These sections are largely presented as self-paced on-rails shooters, with your path occasionally blocked by enemies and obstacles to be dealt with by your trusty pal Ring. You can, for example, point down and squeeze the Ring-Con to jump/glide on a cushion of air, pull out on the Ring-Con to suck in and collect nearby coins and medals, healing hearts, and even crafting components, and you’ll even find yourself pressing the Ring-Con to your abs to crush boulders.

The Color of Success

Combat against minor enemies—and, eventually, a boss battle against Dragaux at each world’s end—is handled by performing a series of damage-dealing exercises using the Ring-Con and/or the Leg Strap. As you level up, which happens quite frequently, you will unlock additional moves to add to your arsenal, with the goal being to employ a colorful array of coded exercise types.

Yellow moves concentrate on your core, while red and blue focus on your arms and legs. Green moves are inspired by slow and deliberate yoga-style movements, and pink specialty moves can heal your character. These colors coincide with enemies, and matching the move to the appropriately colored baddy gives you an advantage by providing a damage boost.

Standard enemies take the form of gym equipment, so be prepared to do battle with kettlebells, yoga mats, and mammoth balance balls. In addition to the four primary workout colors, they’ll also appear in a couple of extra hues that are exempt from the color-matching system. Gold enemies, for example, provide loads of coins when defeated, but standard moves don’t provide a color advantage. The more frequently encountered black enemies are similarly resistant.

Seldom will you encounter a single foe, so there is an additional layer of strategy that goes into choosing your moves. Attacks like the Bow Stretch (wherein you hold the Ring-Con out in front of you like a bow and pull) and the self-explanatory Knee Lift can target multiple baddies, making them smart moves even if they lack the matching color of your opponents.

After your phase of the turn-based battle, enemies, no matter their color, will launch an all-out assault on your core. You can prevent much of this damage via the Ab Block, a special defense that involves turning the Ring-Con sideways and pressing it firmly to your belly for the duration of the attack. But beware: multiple onscreen enemies can attack during this turn, so a helpful counter is provided at the bottom of the screen to let you know how much ab-crunching is required to protect yourself.

The thing I enjoy most about Ring Fit Adventure is its level of polish. Its game world, while patently ridiculous, is also cohesive and remarkably well-conceived. Deer graze and frolic across its well-worn paths, birds take flight when you disturb their resting place with a burst of air from the Ring-Con—and occasionally chase you through underground caverns, adding a little urgency to my otherwise medium-paced jogs.

You do squats to open treasure chests and to prep spring-loaded launch platforms… because of course you do!

By the time I was tasked with rowing a paddleboard by pressing the Ring-Con to my abs and twist my upper body in a circular left-to-right pattern, I didn’t even question it. Ring Fit Adventure is a game about exercise, but it is still very much a game—a game that’s mechanics are sound and notably consistent.

Moreover, it’s a game that seems to anticipate that I am a doughy, middle-aged desk jockey who hasn’t seen the inside of the gym in a year. It welcomes me back with warmth and encouragement and gently reminds me of the optional pre- and post-workout stretch routines.

These are aided by Tipp, the same faceless character who gives onscreen examples of each of my attack moves—providing me with a visual model of form and movement and assuring that my arms, legs, and Ring-Con are in the appropriate position before counting me back into my continuing adventure.

These interstitials, like stretching and pre-attack pauses, are also punctuated by a battle-ending opportunity to do things like check my heart rate using the right Joy-Cons IR sensor. Similarly, the continuing story of good vs. evil (or is that man vs. dragon?) includes a bevy of other fun and functional diversions.

You’ll meet villagers and fellow exercise enthusiasts, additional colorful characters that fit in perfectly to this wonderfully odd world. Sometimes they’ll send you on fetch quests or offer you new items like stat-boosting clothing and crafting ingredients via the in-game shop. Some will even unlock additional challenges and mini-games, iteratively building on a charming world and a continually rewarding gaming experience.

I Have the Power

Over the past couple of weeks, I have developed proper form for the Warrior Pose. I have learned to craft healing smoothies and impressed the resident masters of arm, leg, and abdominal exercises with my monster-slaying moves. In the process, I’ve even managed to lose a couple of pounds.

I like to return to Ring Fit Adventure each evening around 9:00. By that point, I’ve unwound from my workday, had dinner, maybe even done a little light housework.

I check my gear. I do my stretches. I run and fight and row and float my way through a couple of stages, a bonus challenge or two, and very likely earn enough experience to level up once or twice. Then, after 12 to 15 minutes, the game asks if I would like to cool down and call it a day. It’s my choice.

At first, I made this nightly pilgrimage to the land of sweat and stretching out of sheer curiosity, until it eventually became habit. But here’s the thing; I never did it out of obligation.

Okay, I mean, I did need to write this review, so there is some element of obligation, but the game itself never guilted me into exercising longer or harder. It never shamed me for missing a day or for cutting things short because I had other irons in the fire.

More Than Just an RPG (But Still a Really Fun RPG)

I could likely write another 1500 words about Ring Fit Adventure. Outside of the core Adventure mode, there are things like Quick Play exercises, targeted Custom routines, and more calorie-busting mini-games. There’s even a screen-free Multitask mode where you can do some additional reps with the Ring-Con while you’re watching TV or helping your kids with homework.

It’s not a perfect game—the graphics, while appealing, can get a little repetitive, and I did once nerf a hard-fought challenge at the last minute when the Ring-Con mistook my rock-crushing ab crunch for an oddly high jump (because both require the Ring-Con be held horizontally and pressed)—but it is a fun game, an interesting game, an enjoyable game.

It’s certainly not for everyone, and I do fear the $80 price point might dissuade an otherwise curious subset of Switch owners from checking it out.

Oh, and also I have, on more than one occasion, lost traction on a slick athletic shirt in the middle of an Ab Guard and unintentionally smacked myself in the junk with the Ring-Con. So, y’know, fair warning.

But I do keep coming back. Even as this all-important review window comes to a close.

I want to know the look and feel of the next world I reach. I want to meet its people and save them from anthropomorphic dumbbells. I want to give an ailing villager a rejuvenating soup and score some new stat-increasing shoes.

And mostly, I finally want to defeat that dragon. That stupid sexy dragon!

‘Lessons From an Imperfect World’ – A Book for the Bad Days 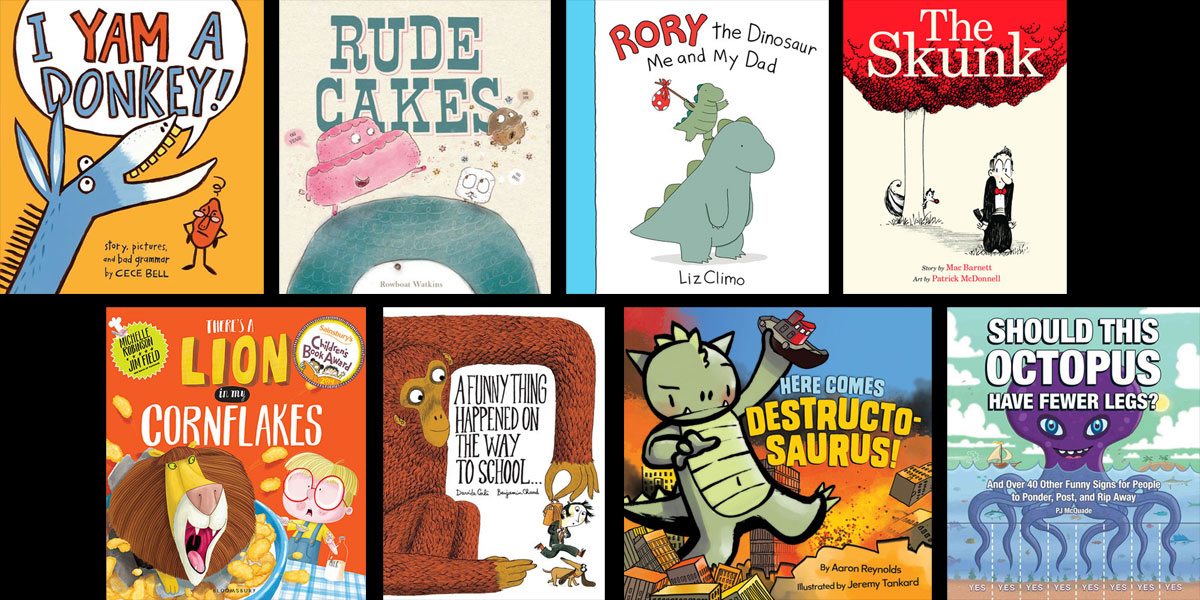 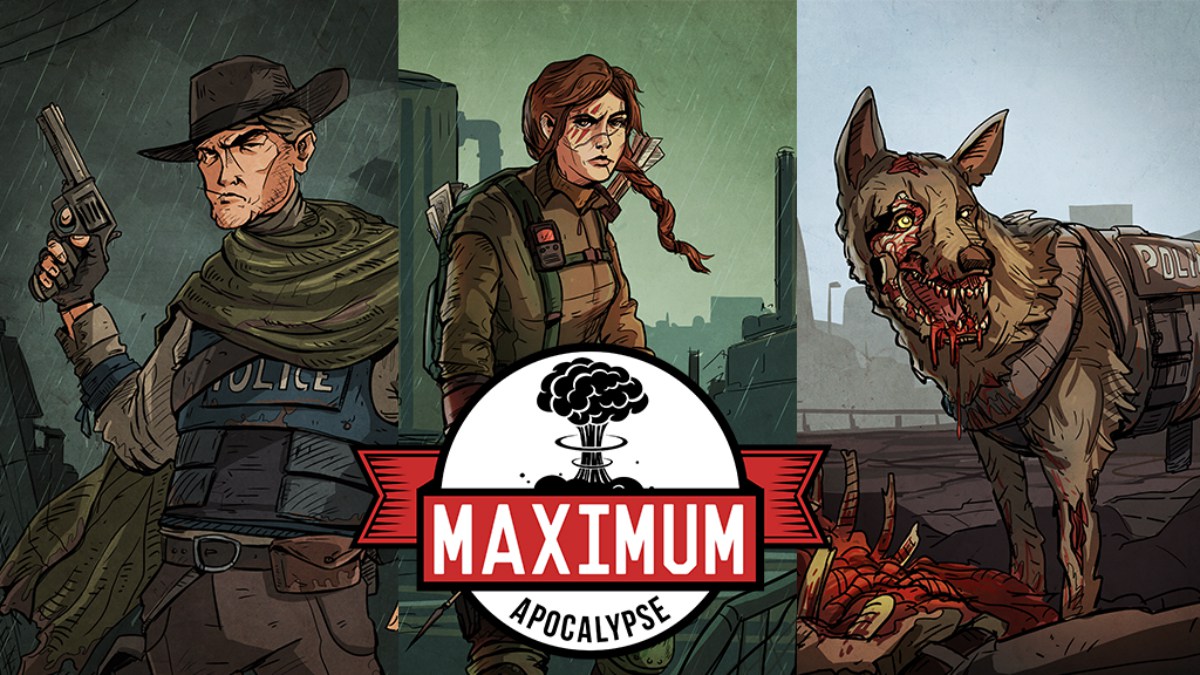