If you’re in the market for a quick 2-player ninja duel that’s designed for portability, take a look at Tiny Ninjas!

Tiny Ninjas was funded on Kickstarter in June 2018 by 2niverse Games, and delivered to backers at the end of the year. It’s now available for purchase (from Amazon for US and Canada, or from 2niverse Games for the rest of the world). 2niverse sent me a copy of the finished product to try out.

What Is Tiny Ninjas?

Tiny Ninjas is a dueling game for 1 or 2 players, ages 8 and up, and takes about 15 minutes to play. It retails for £19.99 (about $25 USD). The game has basic and advanced rules, and I think the age rating seems about right; the ability to mix in more advanced cards means that you can adjust the complexity a little based on the players.

The box for Tiny Ninjas turns into a gameplay accessory: the lid has a magnetic flap that unfolds and becomes the dice tray, with the help of the connecting walls. There’s artwork printed on the inside of the lid to add a splash of color in the dice tray. In addition, the walls hold the two health dials, as well as the sensei markers for tracking how many times you’ve used the sensei abilities. The base of the box has a small divider and holds the “dojo” (the draw deck) and the “arena” (discard pile). It’s a clever box design—not absolutely necessary to be able to play the game, but I like that everything has a place. It’s a fairly compact box (just slightly longer than the Tiny Epic games), so it will travel well and serve as its own playing surface.

The health spinners have notches to attach to the wall pieces. They look like the ninja face logo, with a small window in the forehead where the health (from 1 to 10) shows through. The spinners work fine—they turn easily, but aren’t so loose that it’ll spin freely.

The sensei markers are also small cardboard cut-outs with a notch, and each one has a sensei face on it. They’re double-sided so that each player has a choice of the same four options.

The two dice are custom six-sided pearlescent dice, engraved and painted. The shuriken die is white, and has 1- to 6-pointed shuriken on its faces, which also come in three different colors. The kunai die is red, with 1 to 3 kunai on each face, in either black or white. Each die is dual-purpose: the shuriken can be used to determine a value from 1 to 6 or to choose from 3 colors (with an equal chance of each). The kunai die can be used for 50/50 odds with the black and white or with a weighted 1 to 3 (since there are three 1s, two 2s, and one 3).

Each ninja card features a ninja of some sort, with some numbers and icons representing that ninja’s attack and defense. Some have special abilities rather than an attack value. The artwork is cartoony, with big round heads—and there are some very silly ninjas, like the Panda ninja or Baby ninja or Pirate ninja. At the bottom left, there’s a number indicating how many copies of that ninja there are in the deck; a ninja head icon in that corner indicates that it’s an advanced card. (Most of the special abilities are on advanced cards.) The card quality is pretty good; the cards have a nice snap and a glossy finish.

How to Play Tiny Ninjas

You can download a copy of the rulebook here (in one of seven languages).

The goal of the game is to eliminate your opponent.

Open the box lid and slot the two connecting walls onto the edges to form the dice tray.

Each player chooses a sensei and places the marker on the first slot (closest to the card section of the box). Place the two health trackers on the slots farthest back, with the dials set to “10.”

Shuffle the deck and deal 5 cards to each player. Place the deck in one side of the box—this is the “dojo.” Younger (or less experienced) player may choose to attack or defend first after seeing their cards.

When you are attacker, you draw back up to a hand of five cards. Then you play one card at a time to attack your opponent, and they may play one card per attack to defend if they would take damage. You may continue playing cards to attack, one at a time, until you choose to stop or run out of cards.

Then, the roles reverse: your opponent becomes the attacker, and you become the defender. The trick, though, is that you do not draw cards when you become defender.

Most cards have two icons on the upper left side: the top icon is for attack, and the bottom icon is for defense. The attack and defense icons have a numerical value or a range, as well as a color.

To attack, you play the card into the “arena” (discard pile). If it has a single value, then you do that much damage. If there’s a range, then there will also be icons on the right side that indicate which die to roll and what each value will do. For instance, if you played the Panda ninja shown above, you would roll the kunai die: if you roll white, you do 1 damage, and if you roll black, you do 2 damage.

If you would take damage from an attack, you may play a card from your hand to defend. The color of your defense must match the color of the attack, red or blue. Yellow defense cards may be used to defend against any color. Some defense cards also have a range rather than a single number, so you would roll to see how much damage you avoid. Any damage that you do not defend against is subtracted from your health, and you adjust your health dial accordingly.

There are also advanced cards with other powers—these are spelled out in text on the cards, and many of them do not have an attack or defense icon if the card does something else instead. For instance, the Medic can be used to restore up to 3 health, based on a die roll, instead of attacking.

There are four sensei choices; each one has a special ability that may be used up to 3 times in the game. Each time you use the ability, you move the sensei marker one notch. You may only use a sensei ability once per phase. (Since there are two sets of sensei markers, both players may use the same sensei if they wish.)

The game ends immediately when one player has been reduced to 0 health. The surviving player wins.

There are a few other optional rules for changing the feel of the game. Some of these require you to remove certain cards that don’t work well with the variant rules.

You fight against an automated player. When you attack, the AI player plays the top card of the dojo to defend before you choose your attack card, so you have a preview of what will be defended against. During the AI player’s attack phase, it will attack 3 times, from the top of the deck. The rules have some more details about how to resolve some of the advanced cards.

There are also three difficulty levels that allow the AI player to defend with different colored shields.

At the end of the rulebook, there’s also a list of achievements that you can check off as you play, like “Win a battle with one health remaining” or “Fully deplete the dojo twice in one battle.” Some achievements apply to the variant modes, and there are also increasingly difficult challenges for the solo mode.

Why You Should Play Tiny Ninjas

Tiny Ninjas is a cute, small game that is easy to learn, and plays fairly quickly. The card abilities have a mix of guaranteed values and luck-based values. I’d say there is a pretty high amount of luck in the game, both in the cards you draw and how well you roll the dice.

However, one of the key decisions you’ll have to make each turn is when to stop attacking, because you don’t draw more cards as a defender. That twist may seem pretty small, but it makes for some really tough choices. If you press the attack, maybe you can run your opponent out of defensive cards and get a few hits through. On the other hand, the more you attack, the more vulnerable you are. Managing your hand is crucial.

You also have to evaluate whether a card may be more effective as an attack or a defense. The Cat card (seen above) could do up to 3 damage to your opponent… but it also has a 1/6 chance of damaging you. Blue icons are slightly less common than red icons, so blue attacks typically have a better chance of going through. On the other hand, that Cat also provides 2 yellow defense—that’s nothing to sneeze at.

For most experienced gamers, I’d say you can probably throw in the advanced cards right away. For the most part, they felt self-explanatory to me and we didn’t have trouble figuring them out. However, if you’re playing with younger or newer players, sticking with the basic cards will save a bit of reading time when you’re still learning the game.

The sensei abilities are okay, but they don’t feel like game-changers to me. The pink sensei, in particular, seems the least useful, because it heals you only on your attack phase, whereas the green sensei can prevent that damage during your defense phase. If you have 1 health left, the green one can keep you alive if you get attacked for 1 damage, but the pink one can only help if you survive to your next attack phase. I do like the choice between taking an attack sensei or defense sensei, but it might have been nice to have a different ability on the pink sensei.

Overall, I’ve had some fun with Tiny Ninjas and I like the way the box serves as a built-in gaming surface (even though, admittedly, I’ve only played it at home so far). It’s not as deep as some other 2-player duel games I’ve played, but it’s quick and easy to dive in. The various ninjas are pretty entertaining, too. If you like funny ninjas and you’re looking for a travel game for your lunch break, Tiny Ninjas may fit the bill. 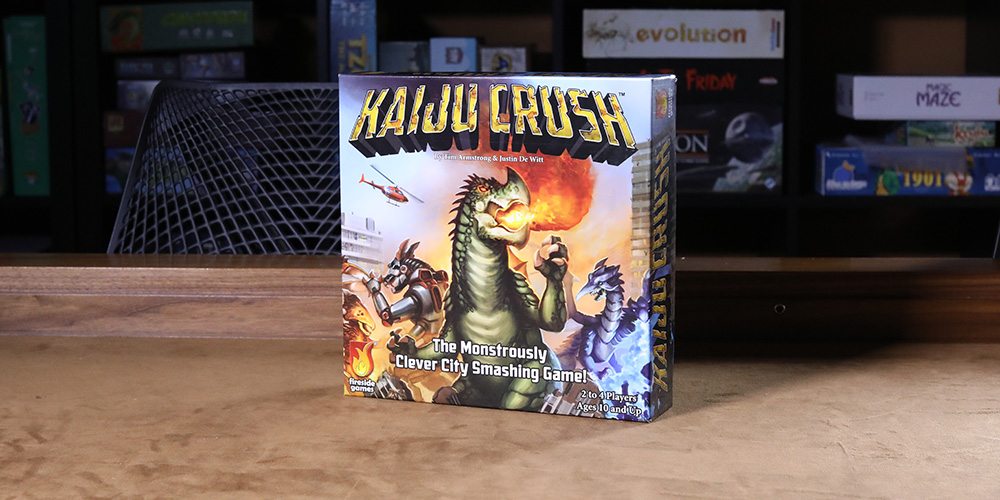 Destroy a City and Battle Huge Monsters in ‘Kaiju Crush’ 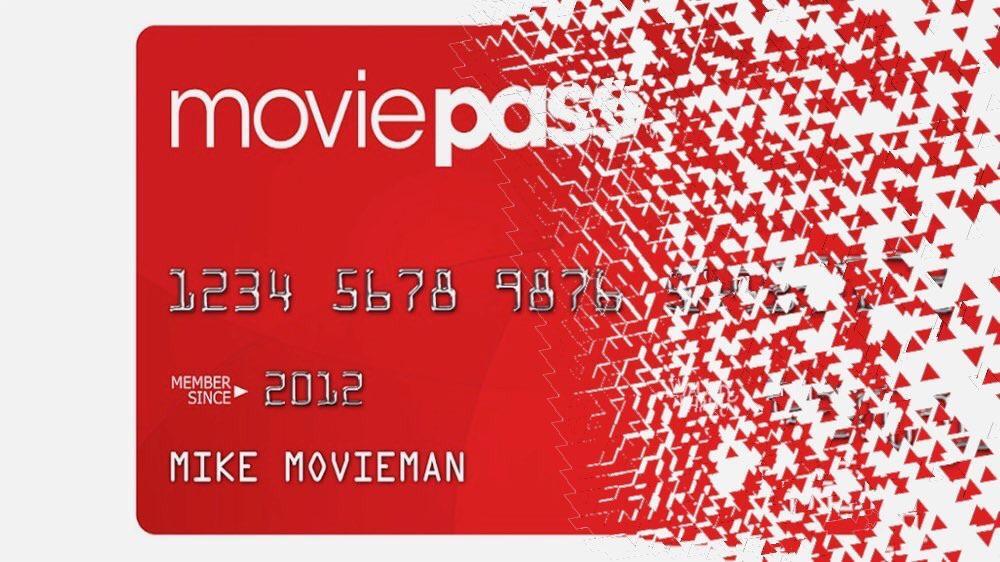