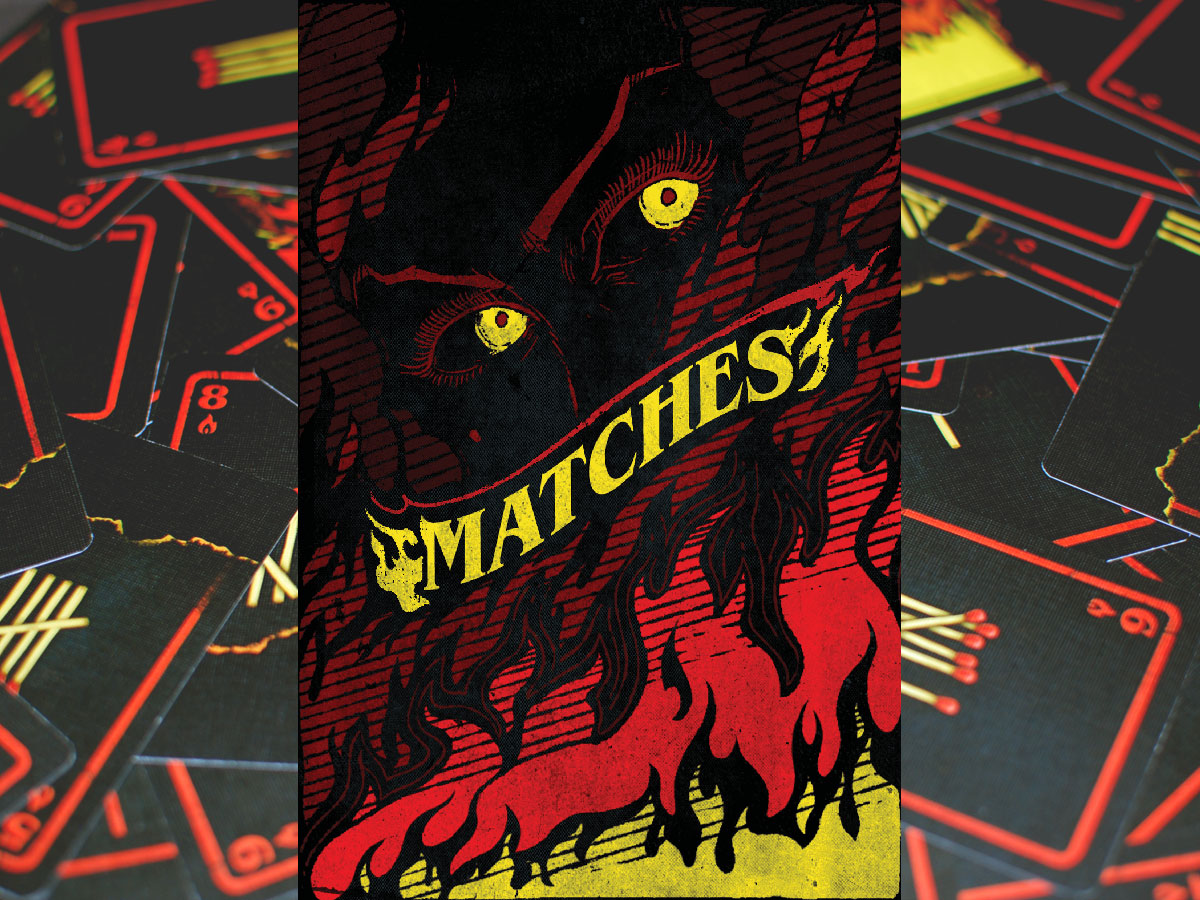 A mysterious box of matches is the only thing left after a factory fire… what secrets does it contain?

Matches is a trick-taking game for 2 to 6 players, ages 8 and up, and takes about 30 minutes to play. It’s currently seeking funding on Kickstarter, with a pledge level of $20 (plus shipping) for a copy of the game. The game’s story involves a creepy mystery about a haunted artifact, but if you’re playing with younger kids the story isn’t essential to the game. (Of course, a lesson about playing with matches and burning things down may still be appropriate.) The 2-player rules are currently undergoing some tweaking—I’ll explain a bit more down below.

Matches was designed by Daniel McKinley and published by Thing 12 Games, with art and design by Gus “Goose” Gutierrez.

Note: My review is based on a prototype copy, so it is subject to change and may not reflect final component quality. For instance, the burn tokens in the finished game will be punchboard tokens with a fire illustration rather than the wooden cubes seen in my prototype copy, and the prototype copy did not have a first player token.

The match cards are numbered from 1 to 10 and depict the corresponding number of matchsticks as tally marks, and the flare cards have an illustration of flames. The cards also have a “burn” edge, so that the higher the number, the more of the card has been burned away, leaving a black background. It’s a cool effect, but the downside is that it means the cards have a particular orientation—if you have some cards upside down in your hand, you can’t splay them out and easily see what numbers you’re holding, as seen in the photo below.

The burn cards have various names and illustrations, each with a unique effect. The text on the cards is in red on a black background and fairly small, so hopefully that will get adjusted in the final game for better legibility.

How to Play Matches

I don’t have a rulebook link, but the Kickstarter page has an illustrated How to Play section.

The goal of the game is to accumulate the most fire tokens.

Shuffle the match cards (including the flare cards) and deal 10 to each player (or 9 in a 6-player game). The player who most recently burned themselves goes first. The first player starts with 0 fire tokens, the second starts with 1 token, and so on.

The game takes place over 4 rounds. The leader begins the round by playing a card from their hand face-up in the center of the play area, and then adding a fire token from the supply. This card is the “blaze.”

In clockwise order, players will play cards in front of themselves to match the value of the blaze. On your turn, you must do one of the following:

On your turn, you may also optionally play one of the face-up burn cards. The burn cards cost 1 to 4 fire tokens to play, depending on their position in the row, and are activated immediately. Anyone who has burned out already is immune to burn cards for the rest of that round.

When there is only one player left who hasn’t burned out, they win the round and claim all the fire tokens on the blaze, but do not score for pairs.

At the end of the round, shift the burn cards away from the deck to fill the empty spaces, and then refill from the deck. Players may discard any number of cards remaining in their hands; the cards are gathered up and reshuffled, and the next round begins.

Why You Should Play Matches

The “story” of Matches involves a fire at the Whelming Match Factory, leaving behind a box of matches with some sort of mysterious power. It’s set in the same universe as another Thing 12 Games title, The Seals of Cthulhu. However, you don’t really need to know the story at all to play the game, and instead you can just think about the wordplay of matches and matching.

Matches is a trick-taking game, but of the type where you are trying to outlast the other players rather than playing the highest value (since everyone must play the same value). The trick, though, is figuring out when to burn out—can you get more points by playing pairs and dropping out of the round than you could by staying in? If you know for sure you can’t win the blaze, then burning out first gets you a bonus burnout token. On the other hand, burning out early doesn’t allow you to play as many pairs. And if the blaze gets really hot, you might regret burning out too soon.

The leader has the advantage of being able to choose the number that everyone must match. Playing a high number tends to use up cards more quickly as people have to make sets—that’s good if you have a lot of exact matches or flare cards so you can play one at a time. But playing a low number can also burn up some cards, if everyone else has a lot of high cards that can only be used face-down.

And then there are the burn cards, which throw a wrench into everyone’s plans. They cost fire tokens to play, which means you’re spending points, but sometimes it’s worth it. There are cards that let you swap hands, change the value of the blaze, and even “burn it to the ground” by making another player discard a couple cards. The bucket lets you douse all the fire tokens from the blaze—if you can’t win, you can make the trick worthless for anyone else! There are a lot of mean tricks that can be played, and keeping an eye on those is important. In one game, I felt so clever because I managed to change the value of the blaze to one that I could match… and then another player swapped hands with me and won the trick instead.

The hard part about using burn cards is that you need at least one fire token to play them, which means you need to earn some points early on or you’ll be at a big disadvantage later. It can feel unfair if you’ve been dealt a hand that doesn’t have a lot of pairs and it doesn’t match the blaze, because you can’t win the trick but you also can’t earn much by burning out. In the games I’ve played, the scores have varied wildly, but there have also been some very dramatic shifts in the final round. Since the game is pretty short, though, that can mitigate some of the feeling of having a bad hand.

I will note that the game currently doesn’t work as well for 2 players, though this may change as the publisher is working on some variant rules. With 2 players, as soon as one player burns out, the round ends. That means, if you don’t like what the leader has played, you can score just as many points by burning out immediately. It felt like a race to get a couple pairs out and burn out, because you could often keep pace with or even surpass the blaze with the bonus burnout token. If you were the leader and had a handful of cards that could increase the blaze, it didn’t matter—the other player could simply end the round before you had a chance to play them. I do think trick-taking games generally work better with more players anyway, but I definitely think this one needs some tweaks to make the 2-player version more satisfying.

With a bigger group, though, it can be a lot of fun. It’s a fairly lightweight game and it plays quickly, so even if you burn out early in a round you’re not left waiting for long. The burn cards are listed as an optional feature—you can play without them to learn the game, but I highly recommend including them because they add a lot of volatility!

For more information or to make a pledge, visit the Matches Kickstarter page! 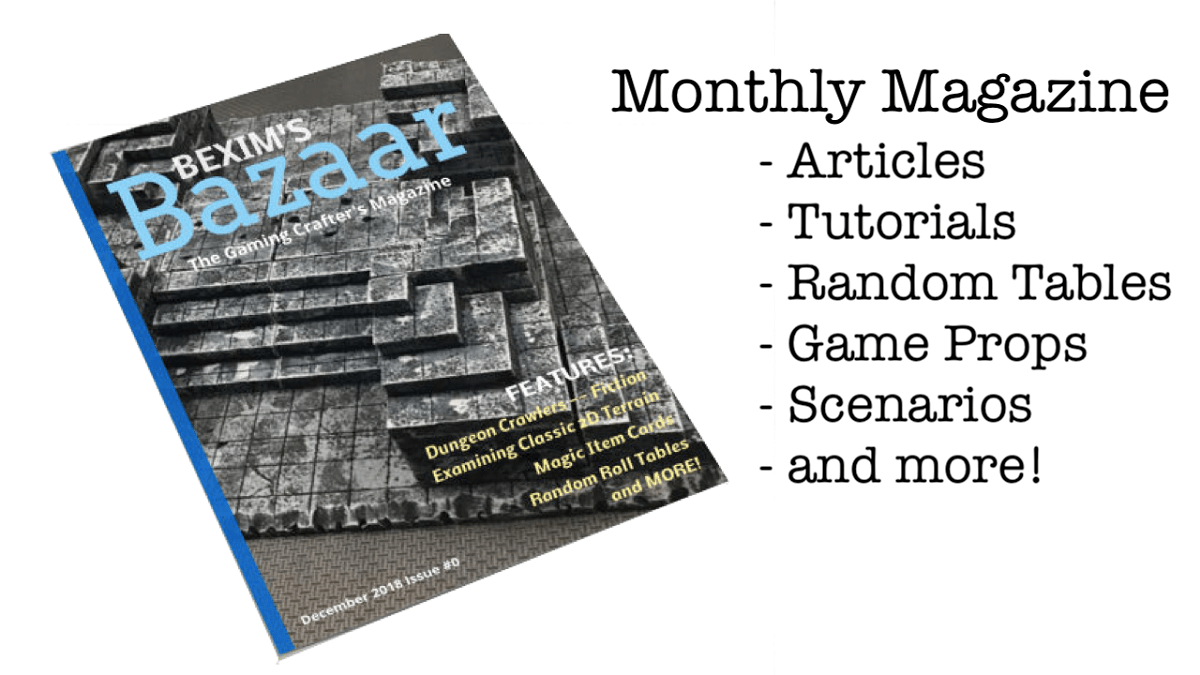 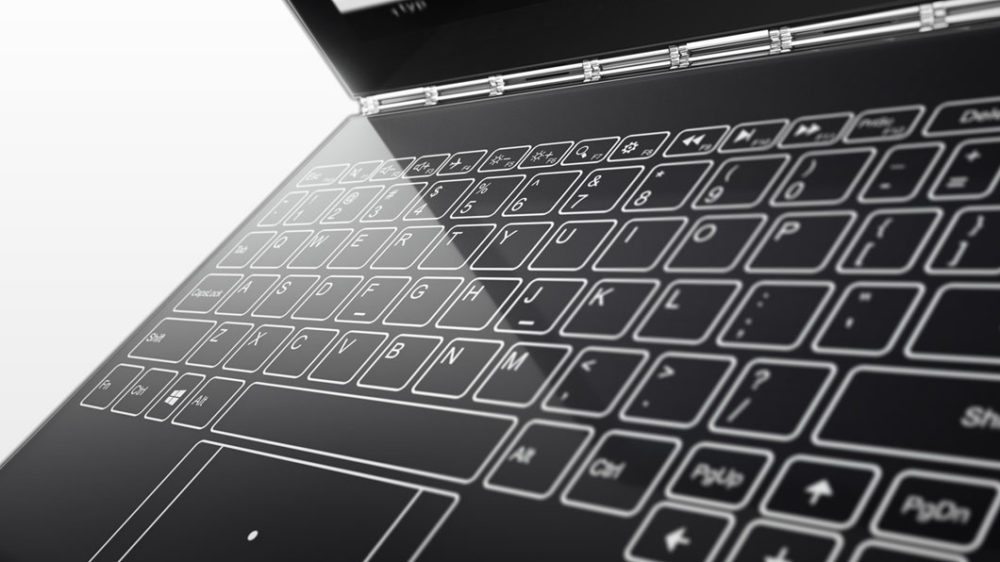 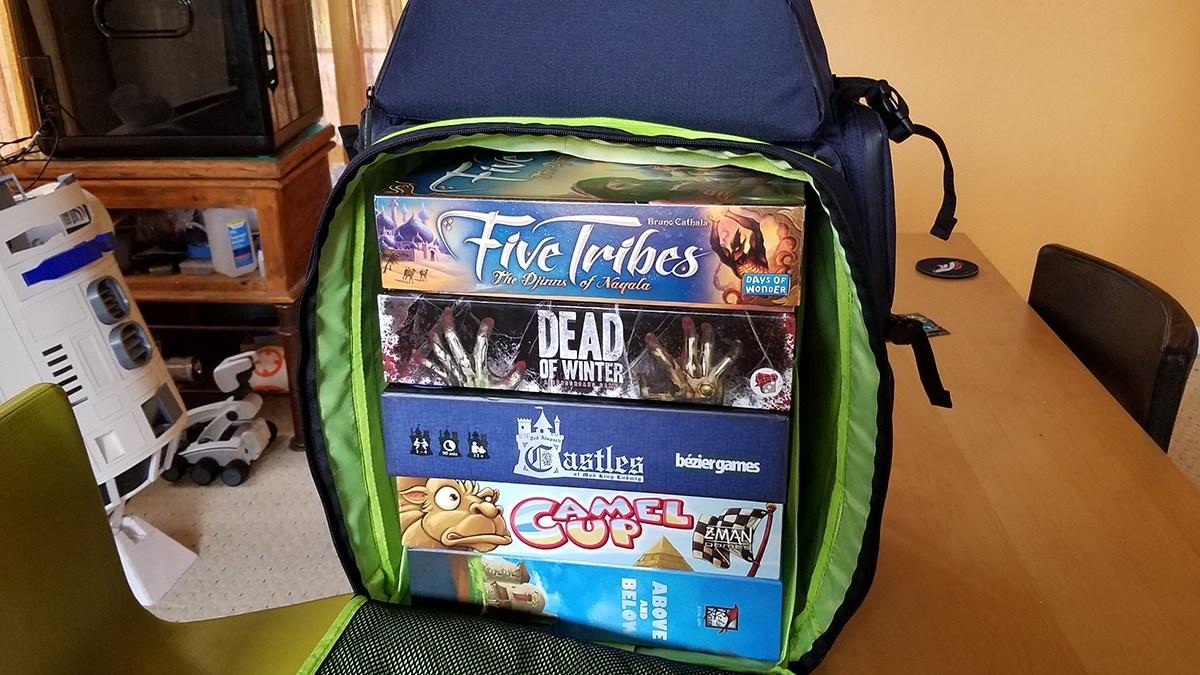