Ray: Steve Orlando goes two-for-two this week with excellent issues, but the clear winner is this spectacular halfway-point in his J’onn J’onnz maxiseries, Martian Manhunter #6. Orlando has been dancing around the twisted nature of J’onn’s past since the start of this series, but the truth comes out in brutal fashion this issue as we see the last days of Mars. The story is centered around J’onn meeting with his former detective partner to share the truth about himself, in hope of renewing their partnership. The flashback segment, which takes up most of the issue, doesn’t start with death but with life – a weird but fascinating depiction of the conception of their daughter. Martians apparently reproduce semi-automatically, generating a baby deliberately out of a gene-mixing version of their normal Lovecraftian sex. Only seconds later, a baby comes out with no gestation period. This could be gross and disturbing in the hands of a lesser creative team, but Orlando and Rossmo mix the tentacle weirdness with a ridiculously cute baby martian.

The second part of the flashback takes up most of the issue, and it’s easily the most dramatic and devastating thing Orlando has written so far this series. It takes place on the day of Mars’ death, as J’onn and his family desperately try to escape H’ronmeer’s Curse before the psychic plague consumes everything around. Combining a burning world with a zombie plague, this is one of the most disturbing sci-fi scenes I’ve read in a while – and becomes even more so as J’onn makes one horrible choice after another in his desperation to save his family. He makes a deal with the devil, only to be betrayed, and has to watch as he not only loses his family but loses their respect in their final minutes. I was skeptical about making J’onn a corrupt cop in this story, but the dramatic payoff is well worth it and J’onn’s path to redemption has been fascinating. This has far more in common with great TV dramas than it does with past stories starring the character and may go down as Orlando’s greatest work.

Corrina: This version of J’onn’s past life on Mars and its horrific ending also makes his decision to become Detective John Jones even more interesting. It’s as if by simulating Detective Jones, J’onn has been literally re-making himself into the kind of police officer that he wanted to be and, more, that his family would be proud of if they had survived.

He says at the beginning of this series that he enjoyed being Det. Jones but didn’t elaborate. But it’s easy to see why he preferred to become what he wanted to be. That integrity is also why John’s human partner valued him so highly. In a way, the real Det. Jones has come to life as he never has in previous stories.

Of course, that’s what J’onn is doing now. An examination of the life of his Mars was always going to end in death, especially for his family, and I was dreading that, but the sequence is more heartbreaking and yet more fitting that I expected. Heartbreaking because J’onn has to bare himself to them without ever having a chance to make it up to them. Fitting because J’onn failure to reveal himself ultimately dooms them as well.

The art has been outstanding, from the scenes of conception on Mars, which I thought were totally awesome, to the shifting allegiances and the deaths at the end. Those images will stick in my head for a long time. 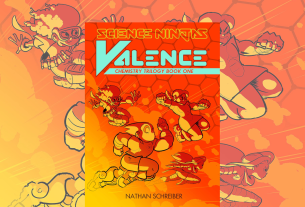 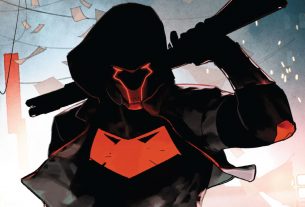