This post will mostly contain minor spoilers. So, don’t read ahead until you have watched Episode 13.

Star Trek: Discovery Season 2 Episode 13 – “Such Sweet Sorrow Part 1” begins with the evacuation of Discovery‘s crew to the Enterprise as they prepare to set the autodestruct. As everyone is preparing to evacuate the ship, Burnham decides to touch the time crystal, getting a glimpse into what looks like the not-so-distant future. What she sees isn’t good.

With Control and the rest of Section 31 ships under its control about an hour away, Discovery refuses to be destroyed and both crews must come up with another plan. The Enterprise tries to blow up the Discovery, but that too fails. As all of this is happening, Burnham gets briefly pulled out of time. When she returns, she insists they need to do something else: take Discovery into the future.

Both crews work together to try to figure out how to charge the time crystal. During this, we come to learn of a second Red Angel: Michael Burnham. She is also responsible for the signals. Just like magic, a fifth signal appears, leading them to Me Hani Ika Hali Ka Po planet. Tilly becomes excited because she’s friends with Me Hani Ika Hali Ka Po (Ka Po) and knows Ka Po can help charge the crystal.

As everyone is working to build the thing that will charge the crystal with Ka Po’s help, Culber and Stamets say goodbye to each other as each prepares to go in different directions. Sarek and Amanda show up to say a very tearful goodbye to Michael.

With Control and the rest of Section 31 now only minutes away, the crew of the Discovery informs Burnham they are accompanying her on what has now become a one-way trip into the future. The crew says goodbye to Captain Pike. Burnham and Tyler say goodbye to each other. Reno also gets touched by the time crystal and sees the same future Burnham saw.

With everyone onboard the ships they need to be on, Control and the Section 31 fleet appear.

Because of busy schedules, my Star Trek community was unable to have our weekly discussion this week. However, please indulge me while I share my brief reactions:

1) If Culber and Stamets truly end their relationship, that’s a bunch of bollocks.

2) I cried during the conversation Burnham had with Sarek and Amanda. That touched me very profoundly as someone who was in foster care and is only here today because a variety of people “adopted” me and let me know I had value, even though it took well into my adulthood to finally believe it.

3) I liked that another Short Trek was finally used. I’m thinking the Short Trek about the ship herself being way in the future is going to result in them somehow figuring out how to leave the Discovery there and out of Control’s reach, but the crew gets back. The crew has to get back because 1) We know Spock does for sure and 2) There is another season. How they get the crew back while leaving the ship in the future, I have no idea.

5) The crew standing at-ease with eyes at Captain Pike was also a touching moment. I find it interesting that they’ve replaced a salute, or attention with eye, with at-ease with eyes. But that is my former military background talking.

6) Tying in with number three, I have another theory. With the Discovery safe in the future, Control is left to assimilate cultures, adding their biological and technological distinctiveness to its own in order to get all the information that was in the sphere.

7) If Burnham stays in the future to fulfill her role as the second Red Angel and sends two more signals, then who is going to replace her in Season 3? I’m extremely fond of Michael and the thought of her leaving is ugh, to say the least. I can’t see myself having the same connection with a replacement in one season since they are so short. It’s like rebooting the show after two seasons. But also, if they give us another extremely well-written character like Pike, it could happen. I still don’t have faith in the writers, especially with how they’ve toyed with us and continue to toy with us on the Culber/Stamets front.

I am experiencing such sweet sorrow as we prepare to close the book on another season. While I enjoyed Season 1 quite a bit, Season 2 of Star Trek: Discovery has been exceptional. The crew has become a family with tight bonds like no other. A lot of that has to do with their shared trauma and having to relearn to trust and have faith again, together.

Thinking about this season ending is leaving me with the same ball in the pit of my stomach which leads to tears when you are preparing to part from those you love the most. The same feeling Sarek, Amanda, and Burnham felt that I also deeply felt as they were saying their goodbyes and sharing profound expressions of love and gratitude.

I’m still a little confused about Pike’s comment to Burnham about her finally finding her heart. I’m completely oblivious as to what that heart would be, other than the entire crew as her family. But it doesn’t seem to fit in with the context in which it was said. Maybe someone can tell me what the heart is to which he was referring.

There was an underlying feeling of aching to this episode as everyone said goodbye and good luck to different family members traveling in different directions. This is the feeling I’m experiencing now.

I have many thoughts right now about the many but interconnected underlying themes of this season—family, faith, trust, trauma, moving forward, finding one’s way and place in the cosmos—but I think it’s best to hold onto those for next week when we say our own goodbyes for another season.

Well, at least until the Captain Picard series, that is. 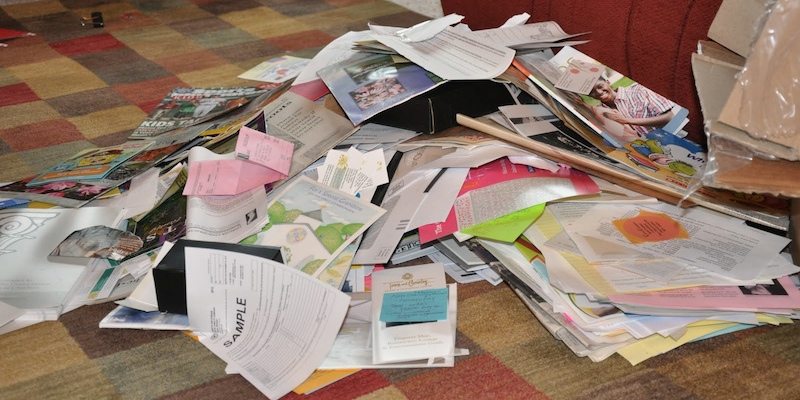