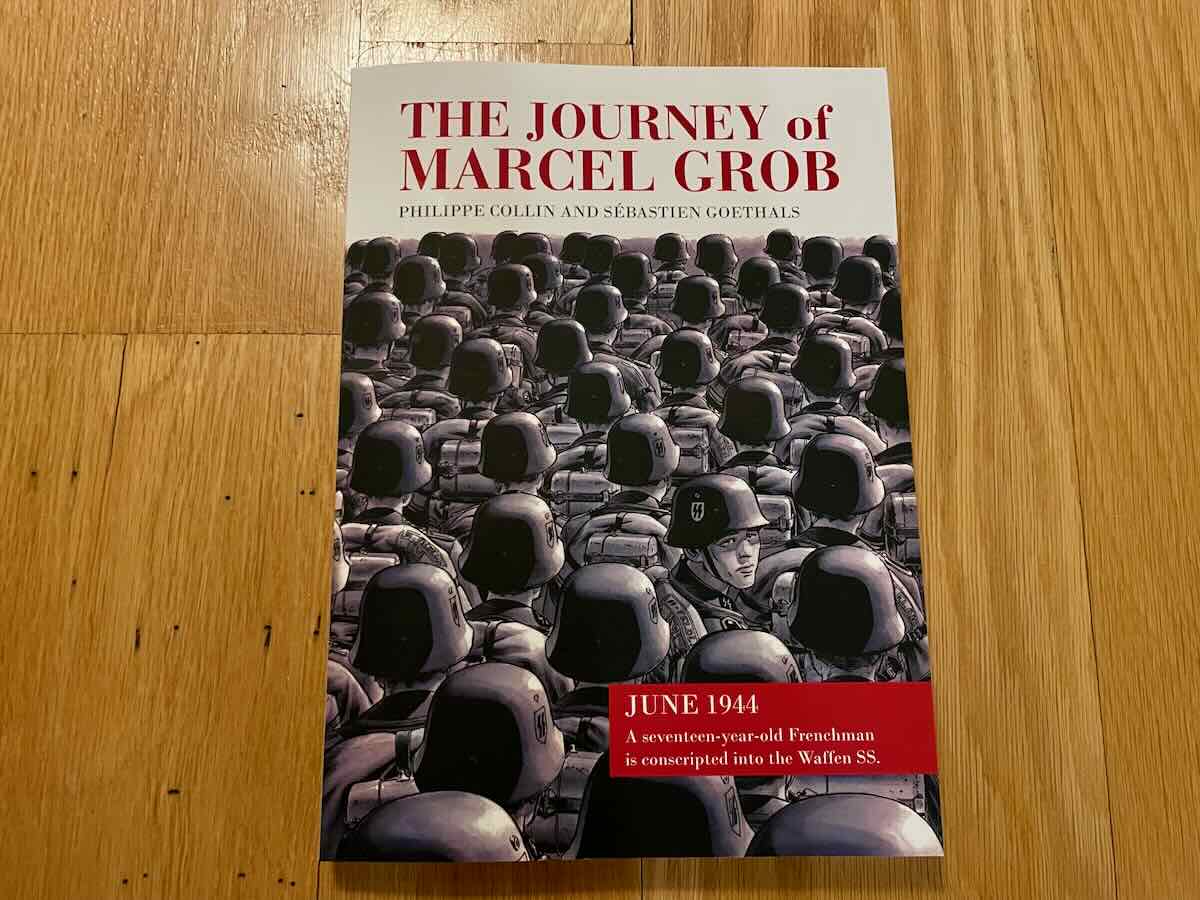 Some of the best stories ever told are the ones that have a main character that you don’t really know for sure whether they are the good guy or the bad guy… all the way to the end. There is certainly some of that in The Journey of Marcel Grob, but it’s a lot deeper and more complicated than that, which makes the story even that much more compelling.

What Is The Journey of Marcel Grob?

Without giving too much of the story away (no spoilers, I promise), The Journey of Marcel Grob is about an eighty-three-year-old Marcel Grob who is being questioned about his past by a judge as to his part in the Nazis’ Waffen SS. Is Marcel a Nazi war criminal or is he just another victim? Marcel Grob’s tale is told in a very personal, story-driven way that reads more like a nightmarish adventure than a history book—even though this graphic novel is very much a lesson in history.

The Art of Marcel Grob

I am a big fan of the artwork in The Journey of Marcel Grob. Both the penciling and the coloring are done by Sebastien Goethals. The present-day (when the questioning takes place) portion of the graphic novel is drawn in a slightly more photo-realistic and full-color (although still slightly muted) way. But as Marcel begins to tell his story, the art changes. The images become a little more “art-like” and a little less “life-like,” with the penciling becoming a little less defined and slightly blurred.

As the story progresses through the various moods, the coloring of the art also changes. Marcel starts his story and the art is drawn with sepia ink coloring. When the action and violence pick up, the sepia ink shifts into a burnt orange tone. When things get bleak, the shade is turned towards a grey mixed in with a little pale green, and finally, when things start to look up and there is some hope, the shading goes to light green.

This is one of the reasons I am such a fan of the print version of comics. I was first given access to the digital version of the comic, and when you are immersed in the story you don’t really notice the subtle color changes in the art. But as soon as I received the print version and began flipping through the pages, it became quite obvious how the artist used shades of color with the art to help set the tone of each scene.

The other aspect of the art that really sucked me in is the choices made by the artist. With most war stories the horrors of war can get quite gruesome. But with The Journey of Marcel Grob, the writer and the artist chose a much more challenging path than allowing the gore of war to take center stage. Instead, they chose to mute the bloody violence and focus more on the character’s reaction to what was going on. That is the true horror of war, the things that war does to the human beings fighting it. That isn’t to say that this graphic novel is pulling any punches with respect to war violence, but it does show you that violence through a slightly different lens. Going back to the premise behind Dead Reckoning as a publisher whose goal was a “different style of storytelling,” I would say this graphic novel does just that.

The Dialog of Marcel Grob

Dialog is another area of this graphic novel that is dynamic. The story starts off very dialog-heavy with Marcel Grob meeting the judge who is questioning him about his past association with the Nazis. The scenes between Grob and the judge, as you could imagine, have a lot of dialog, but this works well given the office setting and the lack of action. But once we get into Marcel telling his story, the art takes center stage and the dialog takes a step back (as it should be) and allows the art to tell most of the story.

I am a huge fan of non-fiction and history, which is why the graphic novels published by Dead Reckoning are always of such interest to me. What stands out about this particular graphic novel is the personal nature of the storytelling. Marcel Grob was just a young kid when we got sucked into the Nazi’s war machine, and you get to see him grow up in real time as he relives his nightmare that was his time with the Waffen SS. The other compelling part of this story is that you the reader get to decide for yourself whether Marcel was guilty of war crimes or whether he was just another Nazi victim.

If I have one complaint about The Journey of Marcel Grob it would be the historical afterword that was written. There are seven pages of just text dedicated to the history of the Waffen SS and how it fits into the war. It was packed full of some really great information, but it was missing one thing. I wanted to know a little bit more about Marcel Grob, like how much of the story was based on historical facts and documents and how much had to be fictionalized in order to tell Marcel’s story like a real story rather than a history book text. Just a few paragraphs, is that too much to ask? I guess my complaint is a pretty good indicator that the story was well-written and had me fully invested by the end.

The Journey of Marcel Grob is available now from Dead Reckoning and pretty much anywhere comics are sold. But I highly recommend you pick up this comic directly from Dead Reckoning/Naval Institute Press because between now and December 31, 2022, their entire line of in-stock books is 50% off. The Journey of Marcel Grob normally sells for $27.95 but is on sale for a limited time for $13.97.

Disclaimer: I was provided a copy of the graphic novel for the purpose of this review, but the opinions in this review are my own. 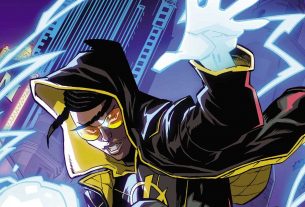