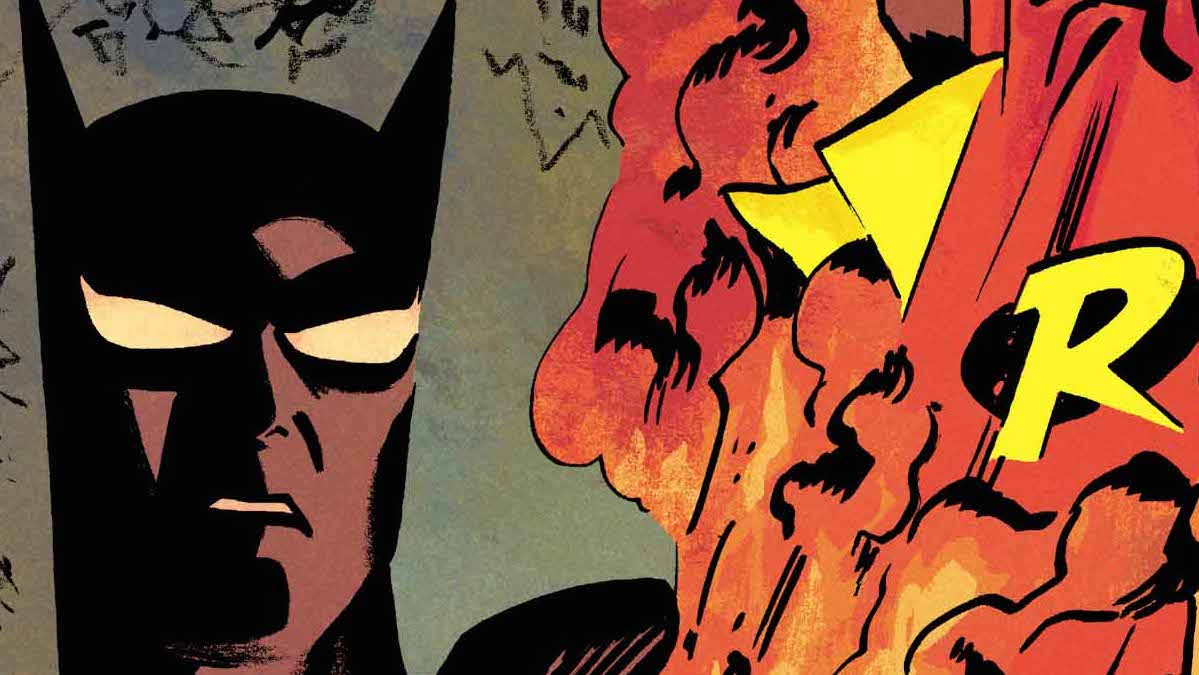 Corrina: Did We Mention Doc Shaner Is On Art?

Ray: There are few better ways to add a touch of excellence to your comic than by having Doc Shaner guest on art for an issue or two. So it’s no surprise that Batman Beyond #30 is one of the best of the series – but it helps that Dan Jurgens’ story rises to the situation and delivers a strong story set in the aftermath of the Joker’s death of a heart attack.

The early pages of the issue are really good, as Bruce, Dick, and the rest of the Bat-family can’t quite believe that the monster clown is gone for good in such a simple way. But the scars Joker left are far from gone, as we see in an opening segment where a traumatized Matt awakes from a harrowing nightmare. Dick is strongly opposed to letting a child operate as Robin again, while Bruce is more ambivalent and makes clear it’s Terry’s choice. The issue seems to be very interested in the psychological toll this profession takes on its heroes, especially the younger ones.

Terry, meanwhile, is determined to put an end to the scourge of the Jokerz for good in the aftermath of the boss’s death. Most have quit after the recent rampage and only a select few die-hards are left. It would be an easy clean-up for Batman – except for the fact that Matt has snuck out of the Manor and joined the fight as Robin. That puts Terry in a difficult situation, trying to protect Matt while taking out the villains. The cover indicates the direction this story is going, but it’s kind of deceptive in how it happens and I’m glad. Matt and Terry’s final decision about the Robin role is a lot more nuanced than stories like this usually are, and Terry’s growing into the role of Batman in a way Bruce never did – he never loses touch of his humanity even as he wears the bat. Where I wasn’t as thrilled was with the cliffhanger, which brings back a character who should be past this and hints the Joker’s story may not be quite over. Please let the evil clown go away already – he’s like 90.

Corrina: This almost felt like a wrap-up issue. It’s certainly the start of a new arc and the end of the Joker, at least for now. I took the final scene as simply one of those “well, it never ends” kind of thing, rather than concrete plans to bring back the Joker and Harley. (And I would object to Harley still being hung up on this Joker, anyway…)

But this is the best issue of Batman Beyond in a while, especially with the Shaner art, which always adds something to the story. Look at the silhouette in the top panel of the page above, and then in the bottom panels, with Matt’s face only revealed in the mirror, and then the cut-out to a full shot. There’s a great deal of sadness and trauma built into that page.

For Matt, I’ve been writing that I’m frustrated that it seems to have been forgoteen that he was caught in a war and became, essentially, a child soldier, which meant his mindset was different from many other Robins. But DC seems kinda determined to forget about Futures End now that Terry is back, making the series more like classic Batman Beyond. I’m up for that, and this was a nice look into Matt’s mindset and what superheroing may do to kids his age. 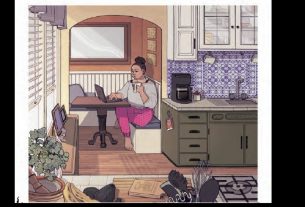