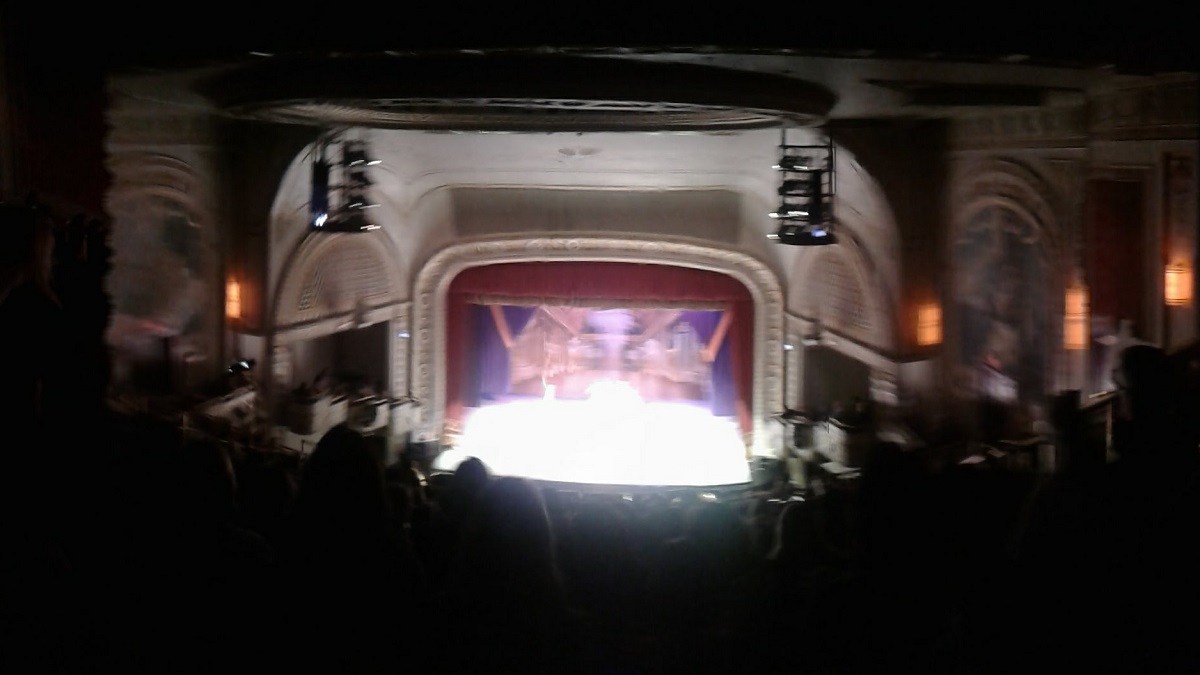 It’s that time of year again: the perfect time to introduce your children to ballet. It isn’t usually hard to find a small, relatively local performance of The Nutcracker, one of the most child-friendly famous ballets in creation, put on by area dance schools. You’ll get to introduce your kids to some serious culture, and you may be surprised by how well even your least-artsy kids take to it.

Last year my then-8-year-old had been learning about Tchaikovsky’s Nutcracker Suite in music class and had taken an interest in it. I realized she was the same age I’d been when my dad took me to see The Nutcracker, the year I (somewhat disastrously, but that’s another story) had been taking ballet. My daughter does not take dance, but she was the kind of girl who loved fairy princesses in tutus, so I suggested we go see it ourselves. I didn’t want to leave her older brother out, so I offered him a ticket, too. No point in assuming his being a boy would preclude him being interested in fairy princesses in tutus, but my boy didn’t have any particular interest in ballet, either. But like I suspected, he didn’t want to be left out, so I bought tickets for all of us to attend the same local production my dad had taken me to all those years before.

I must reiterate that this was a small production, cast primarily by local dance students. We’d seen ads for the Pittsburgh Ballet Theater’s professional production, and the awe of those sets and that stage magic in comparison to what we saw in our amateur production would have outright blown these kids away. AND YET both kids found the small production, in their words, “amazing,” so this recommendation works whatever your budget. You will get something out of it either way!

My kids had never been in a theater that wasn’t a movie theater or school multipurpose room. This may have been a small production, but it was set in a genuine old Theater, the kind with fancy molding on the ceiling and box seats you could imagine John Wilkes Booth leaping from if you were morbid that way. Before we even found our seats, we were having an adventure. Before you get into the auditorium itself, a theater is an adventure: fancy gilded staircases, curving nooks and pillars, multiple levels and balconies, all almost labyrinthine. To be honest, I often have dreams set in this non-theater part of a theater: the dreams may have nothing to do with a show, and the auditorium might be just glimpsed through the doors, but my subconscious has found this a location worth getting lost in. And you might. Just where are the bathrooms, here?

If my kids’ jaws hadn’t dropped already, they definitely plummeted when we entered the auditorium and saw the domed ceiling, brass railings, and fancy light fixtures. The stage looked huge, and yet we still stood high above it, and climbed even higher to our cheap seats. What a view! Okay, the ten-year-old may have been freaking out about the height a little. “Just sit down in your nice velvet chair and you won’t notice so much,” I said.

A BalletIs Not Just Dancing

Sure, when I’d gone to see The Nutcracker as a child, I was a genuine fan of ballet. But my dad was a genuine fan of classical music, never mind the dancing: he was excited to expose me to Tchaikovsky played live, more than anything. And live music is a new experience in itself, particularly symphonic music: it fills the whole space around you with layers that can never be replicated by recording technology and even the best high-tech surround sound speakers. Anyone with the slightest interest in music needs to experience the classics played live.

Music and dancing, that’s what the ballet has always been to me. All my life, when I’ve seen any sort of live performance, it always made me itch to be up there onstage myself, singing or dancing or playing an instrument. But my own kids saw the ballet from angles I’d never considered. There are a lot of ways to be involved in a show like this that have nothing to do with performing.

The first thing my little engineer noticed, once he got over the height of our seats, was the lighting rigs. He tried to guess what each different lamp was for, and how they might be controlled. When the show started, he traced the lighting happening on the stage to the equipment that seemed to be causing each effect. “I wonder if they’ll let me try running the lights,” he asked. “Probably not,” I said, “but you know, you can join Light Crew in high school if you want.” “You can do that in high school?!” And suddenly, a new future hobby is open to him.

His visual-artist sister honed in on the set design. “Who makes the background?” she asked me outright. “I want to do that.” The backdrops, props, and costumes swirled with colors like a dance in and of themselves. And the way the sets changed and stage magic worked to make characters appear and disappear and Christmas trees grow was an equal fascination to the young engineer. The show can’t happen without a stage crew, and it looks like my kids particularly appreciate that work.

A Different Kind of Storytelling

To be honest, they were both a little confused by the show itself at first. “Is anyone going to talk soon?” the 10-year-old asked twenty minutes in. “No, it’s a ballet,” I said. “They tell the story through dance and expressions.” It occurred to me that this form of storytelling is similar to my beloved wordless picture books: it takes an extra bit of effort from the “listener,” who needs to synthesize what they see into a narrative in their own mind.

Many factors go into this storytelling. Music cues convey mood. Blocking choices by the director and choreographer show where characters stand figuratively as well as literally. Facial expressions and body language are exaggerated, making a ballet good practice for reading expressions.

Eventually, my kids figured it out and got sucked into the story. And after that they vehemently denied ever having been confused.

It’s good for children of all genders to see that ballet isn’t just fairy princesses in tutus. There are several prominent male roles in the Nutcracker—especially the title role himself, who is, after all, a soldier who gets into a swordfight with a giant rat; and the mysterious and magical Herr Drosselmeyer, who is just dang cool.

And then the dancing starts, and the demure pirouettes are broken up with gasp-inducing acrobatics. The showstopper in our production was “Trepak” or “The Russian Dance,” which began with a lightning-fast session of multiplayer hat juggling before bursting into an energetic and highly manly Cossack dance. It’s not that there isn’t a dainty and princessy Sugar Plum Fairy, it’s just that her way isn’t the only way to dance.

In short, my two non-dancers had an experience at the ballet they still talk about a year later. A little bit of Culture can be an awful lot of fun.

Click through to read all of “4 Reasons to Take (Even Your Non-Dancey) Kids to the Ballet” at GeekMom.If you value content from GeekMom, please support us via Patreon or use this link to shop at Amazon. Thanks!

My Secret Shame: Taking The Geek In Me To New Lows/Heights?

Save the Date: Maker Faire NYC is September 17 and 18