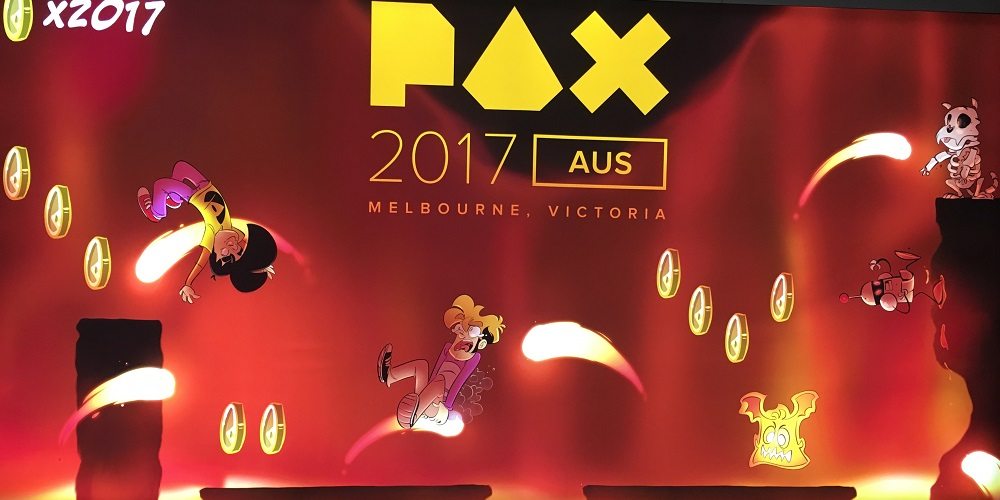 This year was my third visit to PAX Australia and I LOVE IT! Every year it keeps getting better and better. I think it’s because of the community vibe radiating from every corner of the Melbourne Exhibition Centre, but that may be a disservice to everything else: the amazing array of indie video games; the opportunity to play new tabletop games directly with the developers; meeting the next generation in the National STEM Video Game Challenge; all of the fabulous and informative panels… Oh My Gaming! It’s a PAX Flashback!

I have said many times before: there is something special about the vibe at PAX. It is an amazing community where you can start up a conversation with almost anyone and everyone there. I have found myself many-a-time chatting about family games with parents waiting in line for a video game, or asking cosplay suggestions during a tabletop game, or even sharing a few biscuits/cookies while sitting in the queue for yet another popular panel.

The thing is, there are lots of conventions happening all around the world—it often feels like there is one every week. Here at GeekMom and GeekDad, we are lucky enough cover a large number of them and, across our experience, we tend to pick up on the vibe fairly quickly. They all have their own personality and attractions; PAX Australia simply has the vibe of “coming home.”

One of my favorite features is the layout. At the “front” of the Showroom Floor, you have the video games, starting with the big names and working over to the indies. There is then a noticeable divider before you enter the Tabletop Arena, with plenty of space for sitting down and playing the games. And I mean plenty of space. I love this because you can spend time with the video games, and when the noise and lights start to drill on your brain, you can take a breather in the TT area.

There are also plenty of areas in the adjoined building as well as theatres for panels and a whole field of beanbags for a handheld-console chill-out zone. Mind you, this year one of the exhibitors took their display to a whole other level: Xbox One demoed their latest offering Sea of Thieves on the historical tall-ship sitting outside the Exhibition Centre, Polly Woodside. Yes, friends, you were able to play a pirate game on a pirate ship. Just. Awesome.

As mentioned, Xbox One had its Sea of Thieves, while Nintendo was mad about Super Mario Odyssey, and there was a bunch of other stuff happening all around the area. However, I was drawn to the Indie Section (PAX Rising) like a moth to a flame… and they were all so amazing, I kept coming back for more! All of my video game favorites are from PAX Rising (reviews to come over next few weeks):

You could lose a lot of time and money in this area of PAX (*cough, cough*… experience). Fortunately, I had a plan: I was looking specifically for games to play as a family. I … think… I stuck to my plan… Plenty of reviews to come over the next few weeks: 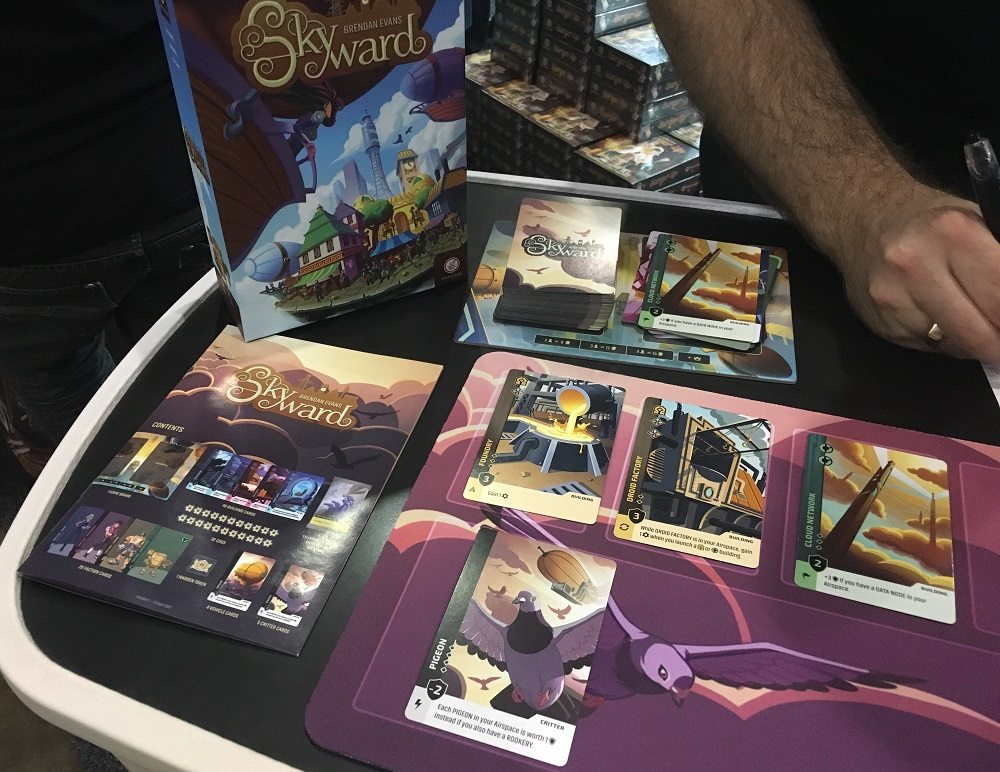 All of the Panels

I’m biased. The best panel of all of PAX Aus 2017 was “Raising Your Kids as Tabletop Gamers in a Digital World.” It was so informative and light-hearted and … oh, yeah. I was ON that panel. *grin* It was my first opportunity to taste the PAX world from the other side of the desk, and it was awesome! GeekDad and GeekMom have participated in many PAX panels throughout the US; this was my first time representing GeekMom in Australia.

Okay, now seriously. There were loads of entertaining and informative panels this year. The funniest for me was “The Great Debate: Watching People Play Games is More Fun Than Playing Them.” The irony of watching people debate the value of watching people play games was not lost on me.

It’s hard to pick the most informative panel, but I think it will go to “Storytime with Burnie Burns.” While I am not a huge fan of Rooster Teeth, I was really impressed with the session shared by Burnie, giving some great insight and advice for many trying to work in the gaming and video industry. I have heard many speakers use the phrase “If you want to be the next big thing, you need to go where the people aren’t,” meaning you have to forge your own path. However, Burnie was the first person I have heard explain this with examples of what he has been looking for with recruitment and content.

Surprisingly enough, I didn’t see as much family cosplay this year. Friday is usually the media day; Saturday is the hardcore; Sunday ends up being a more family-friendly affair. It’s not intentionally this way, but others have commented the same observation. Yet, on PAX Aus Sunday there was hardly any family cosplay around. If you were there with family cosplay, please tag GeekMom in your photos—I need to see the family cosplay! I neeeeeedz it!!!

Here’s a showing of what I DID find:

Every year PAX Aus ties in with the Melbourne International Games Week (MIGW). It is the largest celebration of digital games in the Asia Pacific region, filled with conferences, networking events, and awards ceremonies. One of my highlights from this week was the Women in Games lunch. I’ll have more on that soon. Each time I visit Melbourne for PAX, I extend my visit by a day to include more from the MIGW. At this rate, I might soon be living there.

NOTE: All of the above games and events will be featured in reviews/articles over the next couple of weeks. Unfortunately, I have succumbed to PAX Pox—a feature of the Community Vibe. In the meantime, enjoy this taster and join our GeekDad/GeekMom writers preparing PAX Unplugged (Philadelphia, November 17-19, 2017). 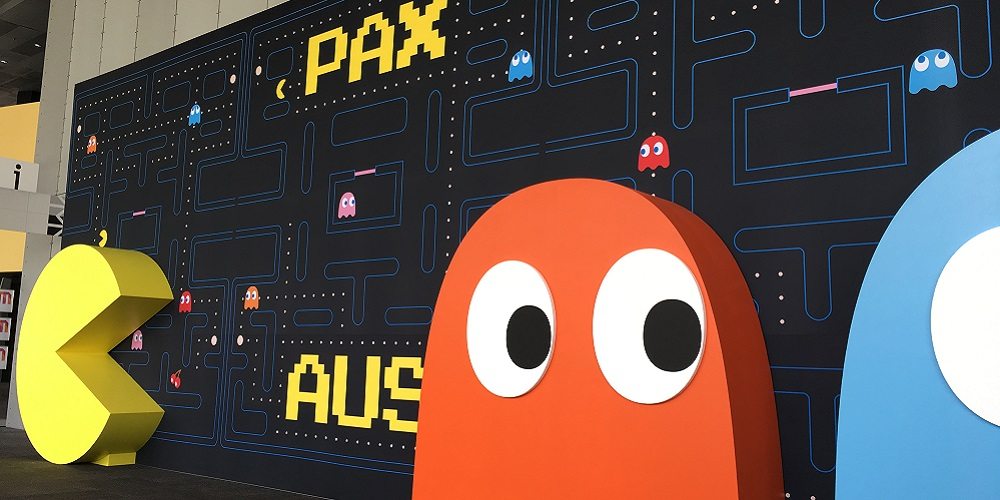