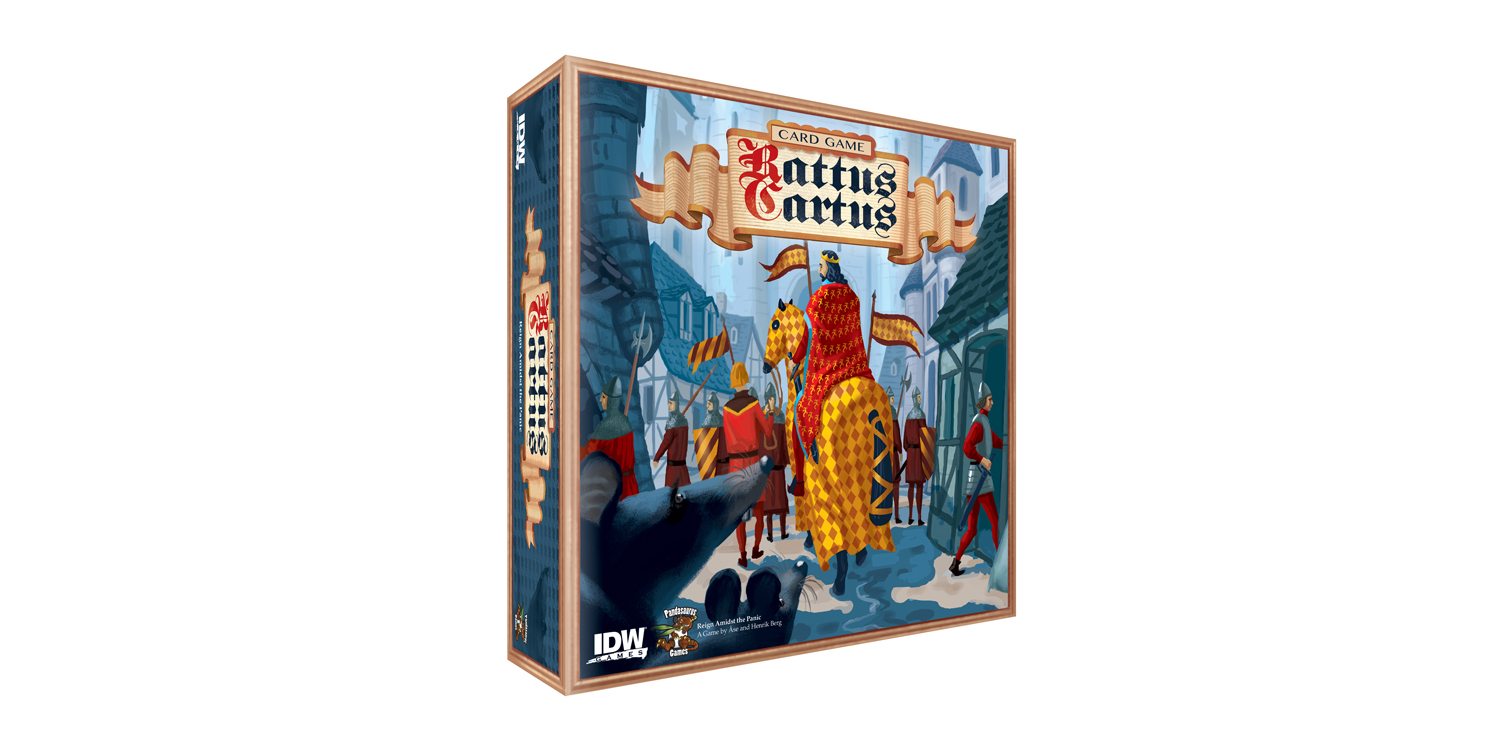 Think you can survive the Black Death? Think you could become the ruler of a Plague-torn nation? Here’s your chance to try! Rattus Cartus is a fun game for families ready for a life-and-death challenge to shake things up.

Not very heavy on the history,  the mechanics add up to fun and engaging play. However, given its elaborate setup and sometimes complicated game play, this is a game that is more suitable for teens than younger kids.

Rattus Cartus is a worker placement and press your luck game. Set in 1347, there is only one goal: become the ruler of your kingdom. The biggest challenge? Not dying from The Black Death.

Without risk, you can’t gain supporters, but you also gather rats along the way. Careful—if you have too many rats at the end of the game, it won’t matter if you have the most points, because you’ll be dead.

Setting up Rattus Cartus for the first time was a little overwhelming. Thankfully, we had a table of veteran tabletoppers, and we were able to sort everything out. The biggest challenge was figuring out where to put everything.

With a staggering 320 pieces, it took some time to figure out where to start. My tip is to sort the wood tokens out, distribute them to the players, and then sort out the cards. Have one player set up the board (seen below) and the other players line up the different sets of cards.

The scoreboard was the easiest part to sort out. It features six columns, numbered to 15. Each column represents each player’s standings with the different classes in the game. The six classes are Bourgeoisie, Chivalry, Church, Magic, Peasantry, and Royalty. At the end of the game, each class grants 10 victory points to the player who has won over the most followers in that class. Players track their progress on the board with wooden disks.

The population cards are how players get a following. There are 84 of these cards. Each of the classes is represented, and each card has a number of Nuns on it. During setup, players put five cards face-down in a line called Nun’s Row. The number of Nuns revealed at the end of the game represent your maximum number of rats for survival. Because they are face-down, players don’t know how many rats they can safely withstand.

Rats and Victory Tokens are cardboard pieces, easy to keep track of, and small enough to be convenient.

After each player has had a turn, the round ends. Buildings are resolved, then removed. Players move their tokens on the scoreboard. New buildings are placed, and the next round starts. Depending on the number of players, there are 8, 9, or 10 rounds.

After the last round is resolved, players add up their victory points. Points are given to the highest ranks on the scoreboard. The player with the most cards in hand gets a few points, special cards left in hand score one point each, and the player with the most gold gets some points. Then, add in the victory tokens collected during to play.

After all scores are added, you reveal Nun Row, and any players who have too many rats die immediately. If everyone dies, there is no winner! Otherwise, the surviving player with the most points wins the game. This extra level of entropy creates a dynamic tension unique to Rattus Cartus, and leave players in suspense until the very last minute!

Everything you need comes in the box. Thank goodness! With over 300 pieces, it would be a nightmare to track more pieces. At most, players might want to use scratch paper or a score keeping app to help add their points up at the end. The box is, by necessity, large, but easily fits in with our other games.

IDW suggest players be 10+, but I wouldn’t play this with kids under 14, unless they play a lot of games with many components. There are many things to track, even in a two-player game, and can leave any player lost if play progresses quickly.

Rattus Cartus is designed to be played with 2-5 people, but I find it works best with 4-5. There’s a bit more to track in a larger game, but the mechanics are most balanced with more players. Our games usually last up to an hour, despite an advertised 30-45 minute play time.

Rattus Cartus is $39.99 on Amazon, and I feel like I get that kind of value from play. Games are always dynamic, with plenty of differences each game. The flexible amount of players means it’s great with many different groups.

It's Official: Take a Course In Pirate

7 Geeky Weather Facts for Your Next Trivia Night