This year’s Portland Book Festival took place early in November, and was spread out over a variety of locations including the Portland Art Museum and the nearby Oregon Historical Society. One change from previous years (aside from the name change from “Wordstock”) is that the children’s programming all took place at the same location in the Oregon Historical Society, so that families with kids could just park there while a parade of authors and illustrators came through to present their books.

Unfortunately, due to a combination of sick kids and weird schedules, I was only able to attend a small portion of the festival this year, but I spent most of that time at the children’s stage, with a quick visit to the book fair areas over at the art museum. The book fair areas (one of them is seen above) were filled with independent publishers, writing programs, editing services, and various vendors selling books or book-themed products.

When I first arrived, I caught the end of LeUyen Pham’s reading from The Princess in Black and the Science Fair Scare, the latest in this chapter book series written by Shannon and Dean Hale. Pham illustrates the series, which is filled with a lot of great monsters that the Princess in Black defeats. After the reading, she talked about her art process, including how she comes up with so many monsters. Her secret? She steals ideas from kids. She got a volunteer, who helped her decide things like “how many eyes?” and “should it be furry or scaly?” with input from the audience, and created a googly-eyed creature on the spot.

I also got to hear a little bit of Laura Veirs’ presentation of Libba, a book I covered in a Stack Overflow back in February. Veirs had her own guitar, too, as she shared the story of a young black girl who taught herself to play guitar and became a well-known folk singer.

Vashti Harrison gave a presentation about her Little Leaders series. I mentioned one of them, Bold Women in Black History, in my Stack Overflow about women who changed the world, but her latest is about visionary women from all over the world. She shared a few of the stories, explaining that she learned a lot herself while researching the books. She also talked a bit about her artwork and her inspirations (including Mary Blair); she draws mostly digitally, and has shared a lot of her artwork on her Instagram account, which is partly where the Little Leaders got their start.

Heidi Schulz, author of Giraffes Ruin Everything (see this Stack Overflow), interviewed author Mac Barnett about his latest book series: Mac B., Kid Spy, in which he relates “true” stories about his life as a spy for Queen Elizabeth. I’ve had the opportunity to read the first two books in the series, and they’re hilarious (if a bit improbable). Appropriately, Schulz and Barnett donned disguises for the “lightning round” at the end of the presentation.

Barnett also got a chance to talk about a few of his other titles, and took questions from the audience. One question that was asked was “what’s your favorite book that you’ve written?” which I expected to get one of those “Well, I can’t pick just one…” answers, but I was surprised. Barnett’s favorite book of his own (so far) is The Wolf, the Duck, and the Mouse (which I wrote about after last year’s Wordstock), because it starts where a story should have ended—the mouse gets eaten up by a wolf—and then just keeps going beyond that point. He also gave an unexpected answer to a question about what it’s like to be a writer, because he confessed that it wasn’t easy and he didn’t enjoy it, and described the way that he goes to his desk and does anything but write—but that despite all of that, he’s able to be a writer. I hope that message inspired some kids who like reading but don’t think they’re good at writing.

Throughout the day, Waldo would wander through the children’s area—though it wasn’t always the same Waldo. Generally, he wouldn’t actually stop and hang around, but just slowly walk through and around the room before leaving again.

The last event I caught was Culture Shock: Middle Grade Graphic Novels, with Vera Brosgol and Cathy Camper. Vera Brosgol is the author and illustrator of Be Prepared, a graphic novel about her experience going to a Russian summer camp. (See this Stack Overflow.) She got a few kids to volunteer, and they performed a few pages from the book, to much applause. It’s about little Vera coming to the US as a young kid and what she thought it would be like going to a camp for Russian kids—maybe she would finally fit in!

Cathy Camper writes the Lowriders in Space series (mentioned in this Stack Overflow), and she spent some time talking about indigenous words—words in English and Spanish that have Native American origins, like “aguacate” (avocado) in Spanish. She relates some of these through her character Elirio Malaria, a mosquito, who then takes those words and turns them into street art.

I wish I could have had some more time at the festival this year—there are always so many great events going on and I can only be in one place at a time! If you love books and you’re in the Portland area, it’s definitely something you should plan to attend in the future.

Disclosure: I received a media pass for the Portland Book Festival. 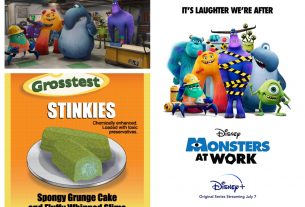 GeekMom: The Man, The Show, The Monster: ‘Monsters at Work’ With Ben Feldman 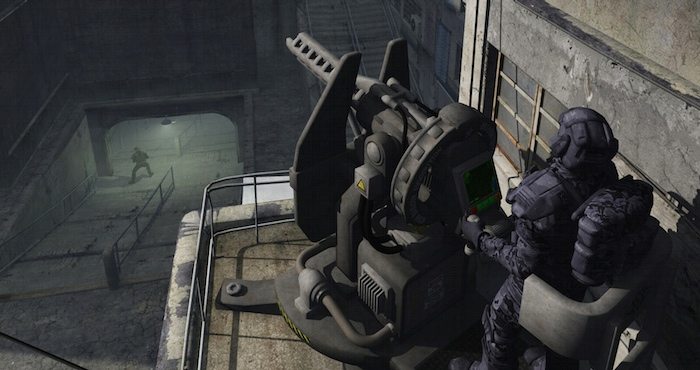