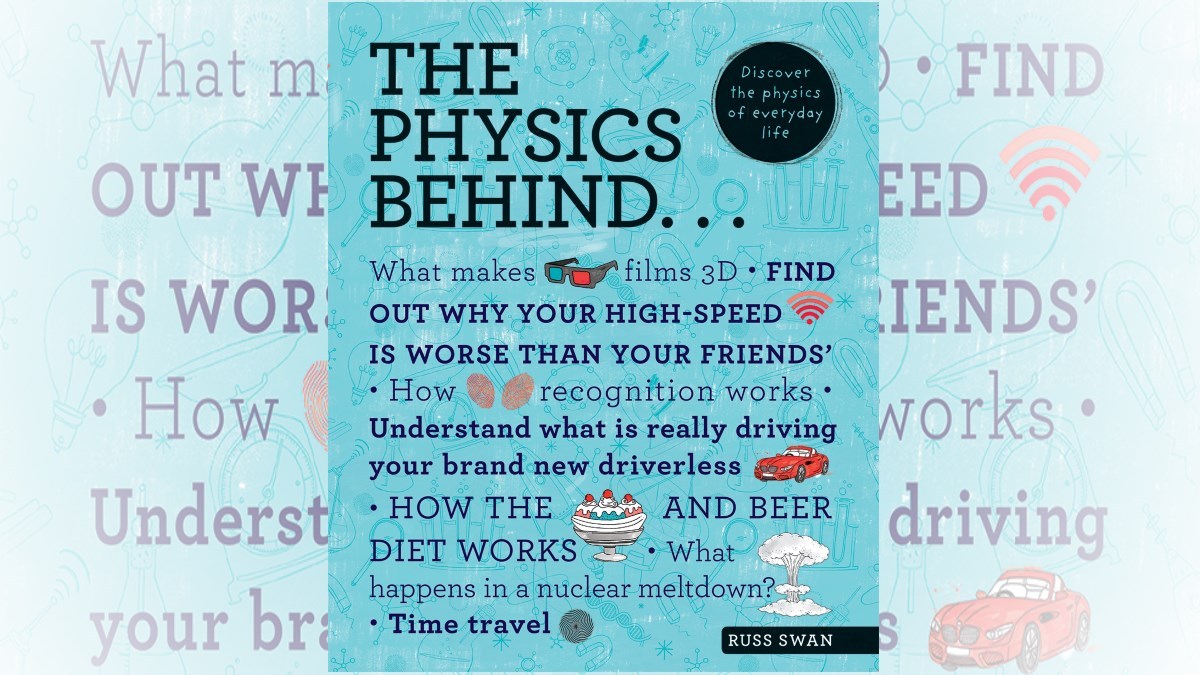 This Week’s Word Is “Physics.”

This week’s Word Wednesday book is from a publisher I haven’t featured before, Firefly Books. They publish predominantly non-fiction books with a leaning towards natural science. If you or your children often wonder about the science of everyday objects, then this week’s book is for you. Whether you want to know about your Wi-Fi, how 3D films work, or how your phone recognizes your fingerprint, then The Physics Behind… is most definitely the book for you.

What is The Physics Behind…?

Written by Russ Swan, The Physics Behind takes a look at the physics discoveries that underpin the modern conveniences we take for granted.

The book is an attractive softback, with colorful hand-drawn diagrams. Each page is a mixture of pictures and words. The text is quite small, in-depth, and reasonably technical, making the book suitable for older children (13 upwards) and interested adults.

The Physics Behind… details over 60 concepts and items. Some are everyday and mundane, some are important scientific processes, whilst others are more cutting edge, sitting heart of modern physics investigations. The book is split into 9 sections across 190 pages.

The book opens with probably its most enticing section. If you want to lure people in, start with telling them about something that’s fundamental to their existence. Wi-Fi. It then follows up by exploring other life essentials such as,  selfies, touchscreens, and the flash drive. For each item in the chapter, there is some complicated and fascinating physics going on.

Optical discs, (remember them?) lasers, music, and 3D movies are explained in this section. As well as the simple physics put to use in executive toys and the mesmerizing dynamics of white water.

The physics of investigation. How MRI’s and microscopes work. Spectroscopy, Carbon dating, C.S.I. and real-life tricorders can all be found in this section. The book neatly explains how understanding the world around us can help us learn how to understand the world around us.

The rocket science chapter. Spaceflight (Check out a previous Word Wednesday review, of Spacecraft, here) space weather, and how planets are discovered are all covered in this chapter. Also, it discusses the possibility of extra-terrestrial life and the reasons why life on Earth exists at all.

Matter, Time Travel, and the Large Hadron Collider feature in the Big Science chapter. You’ll also find the Human Genome and gravity. Living up to its “Big Science” title, the final section of this chapter takes in “Everything.” (Which is a neat segue into another Word Wednesday column, “Everything.”)

Now the physics is really starting to take off. If Big Science was complicated, weird science turns up the dial even further. N-Dimensional Space, The Hypercube, and Time Crystals are just a few of the  boundary-pushing concepts explored in this chapter.

The next chapter brings things back to Earth with a look at the world around us. How the weather works, climate change, and renewable energy are covered before the book moves on to the physics of some natural phenomenon including migration, sunburn, rainbows, and the remarkable physics of peacock feathers. Trust me on this, the peacock feather section is amazing. You’ll never look at them in the same way again.

The physics of movement, from Newtonian mechanics to driverless cars. Fast trains, cars, and planes are all explained in here. Not sure of the difference between a hyperloop and a maglev? All will be revealed.

The section for physics curveballs. Literally. There is a section devoted to throwing them. There’s also the yet to be explained Mpemba effect and why everything you’ve ever been told about your compass is wrong. Finally, in what may be a nod to the final chapter in Primo Levi’s Periodic Table, is a page devoted to the atoms and the physics principles that govern the existence of the book we’re reading. It’s a brief history of matter…  (For a final shameless Word Wednesday segue, Periodic Table books can be found, here.)

All this is included and a whole lot more!

Why Read The Physics Behind…?

The flippant answer is “to understand the world around you.” It might be flippant but it’s also true. There is a staggering amount of information in the book. Considering how accessible the text is, an awful lot of physics is covered.  Swan has cleverly used mundane items to explain important concepts such as the standardization of units, for which he invokes a kilogram bag of sugar.

The book has the power to rock everything you thought you knew. I had always taken it for granted that the Moon rotates around the Earth, in a sidebar “Is Earth a Double Planet” I learned that this isn’t strictly the case. My universe shook a little.

I’ve been very impressed by The Physics Behind… It repeatedly surprised me with the information it delivered. For example, I’d never heard of the Mpemba effect, and I’m still reeling a little from its counter-intuitiveness. The physics covered does get complicated at times, but thanks to Swan’s delivery, the book is never boring or hard to understand. The diagrams are very good too, massively helping to convey some of the more complicated aspects in the book.

The Physics Behind… is perfect for school projects that are based on science in the home or as a leaping off point for understanding the practical applications of the physics you learn at school. It’s ideal for amateur physicists wanting a broad overview of the science going on around them. In a world where we seem to increasingly take for granted the technology that runs our daily lives, where scientists are often demonized for being concerned with boring things like facts, science popularizers like Russ Swan are worth their weight in gold or at the very least, platinum-iridium alloy.

Disclosure: I received a free copy of this book for review. 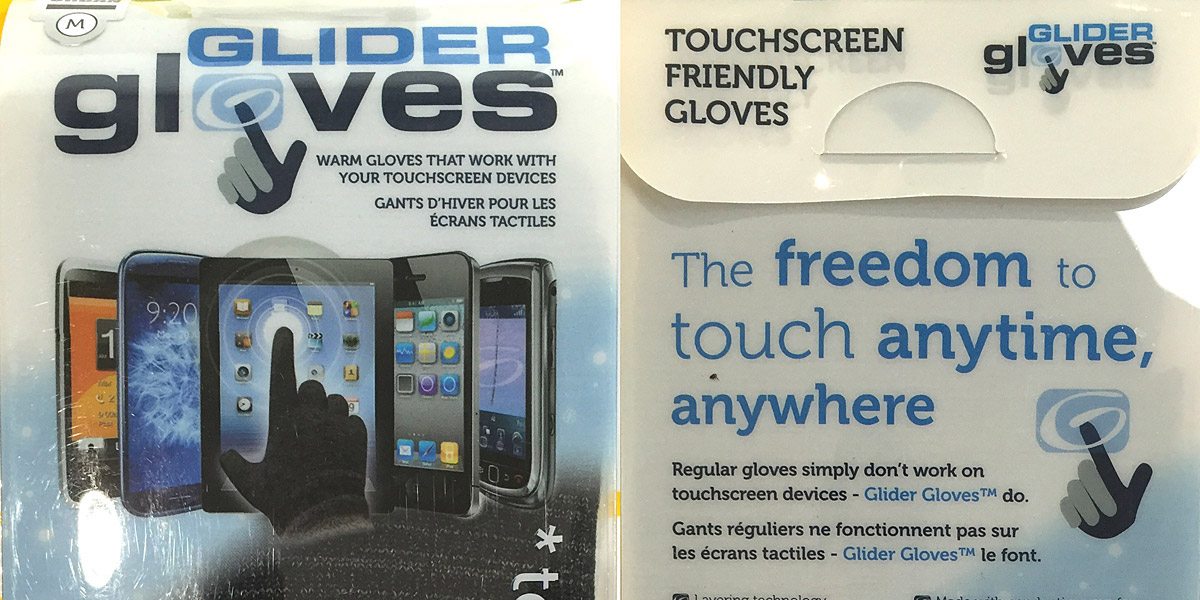 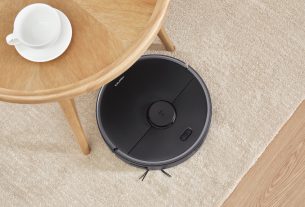