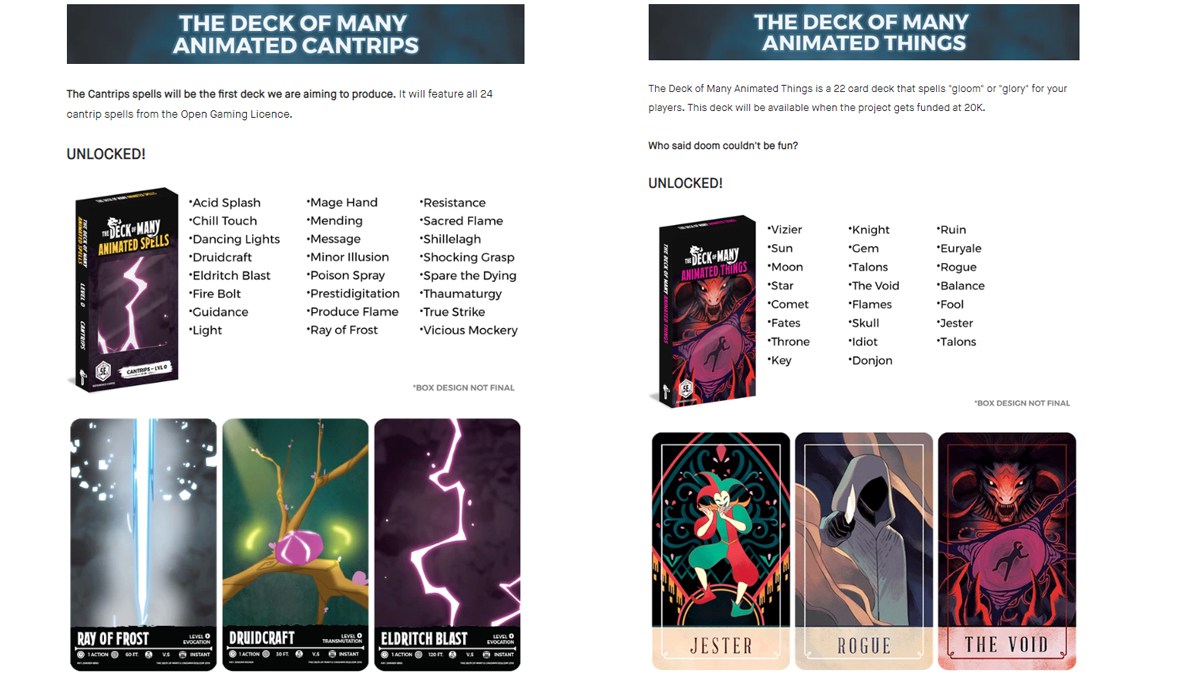 The Deck of Many is back, this time with animated and detailed spell cards for players to augment their D&D play experience. The only way to get these, though, is on the current Kickstarter, which has 10 days to go. They funded quite quickly, though, and are smashing through their stretch goals. If you want to see the animations in action, check them out on the Kickstarter now.

If you’re not familiar with The Deck of Many, you can check out my previous post on GeekDad for the last campaign.

The Deck of Many Animated Spells features open license spells for Dungeons & Dragons 5th Edition (D&D 5e). The base deck features The Deck of Many Cantrips and an animated Deck of Many Things. Since Cantrips are the most used spells in D&D, having these informative cards means fewer references to rulebooks and smoother gameplay. No more reading your players’ notes or flipping through books. Just turn the card over and go!

The animated cards use lenticular lenses to animate the frames, making each card look as if it’s being cast as it’s laid out. The back of each card is packed with information including the name, level, school, components, effects, and classes which can use the spell.

The stretch goals have unlocked The Level 1 spells, including everything from Alarm to Unseen Servant. Another goal ensured everyone gets the spell Meteor Swarm, the famous Level 9 evocation spell.

The next round of stretch goals includes Level 2 spells. Volume 1 funded just yesterday, and an additional $35k will see the release of Volume 2. This would cover all Level 2 spells from Goodberry to Zone of Truth.

At $200k, each deck will include a number of animated cards which have a template for filling in your own spell information. Since they folks at Cardamajigs can only use open-licensed material, these cards allow you to fill in any gaps or even make spells of higher levels as needed.

The reward tiers range from $10 to $100, and every level includes PDF copies of the cards, so you can print out extra copies. Backer options are legion, so head over to their Kickstarter to place your backing level and decide how your game will level up. 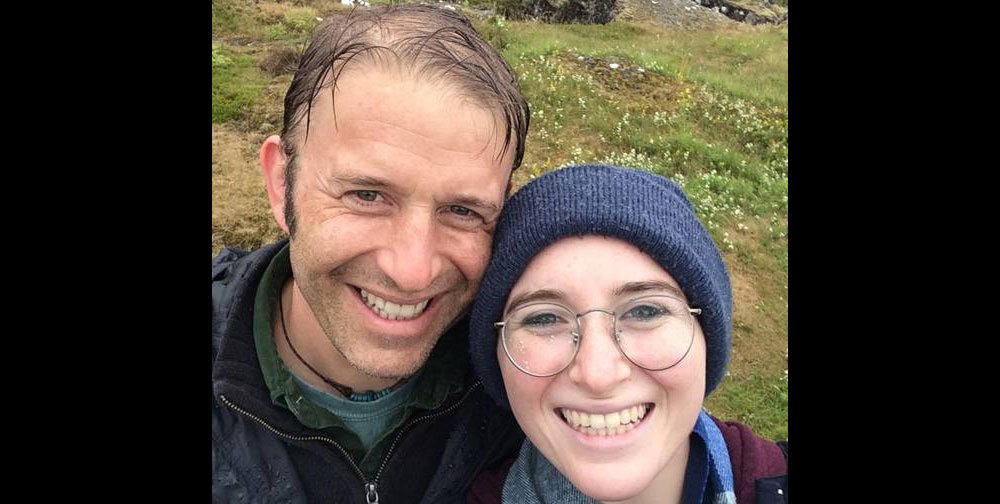