If you recognized the format of this post’s title, then you’re probably familiar with text-based games such as those published by Infocom in the ’80s. Games like Zork were all the rage in their day, with players typing in their desired actions based on text descriptions. One of the most iconic text-based games (also called interactive fiction) was Colossal Adventure. It started out quite simply:

As the player, you might type something in such as:

The game would respond with:

The goal of many games was to explore. Items would be found on the ground or inside chests. Typing “pick up book” would put the book in your inventory, and many found items would eventually be useful at key points in the adventure. Some of these games were of easy to moderate complexity, while others could be so frustrating that players had been known to break their keyboards from anger.

Back in the day, good interactive fiction was a rare thing. There were plenty of individuals and companies releasing text-based games, but few of them had a winning formula. Infocom is widely considered to have been the king of interactive fiction, known for its high-quality games as well as the ephemera they would package into the game’s box. (The ephemera often included real maps or props that had information you would use in a game; for example, The Lurking Horror game had a student ID that had a password written on it that a player would need to login to a computer.)

Interactive fiction lost the battle, however, once computer graphics began to appear. Even early games with their simple 8-bit graphics and sound provided something that many game players desired. Typing “open chest” was replaced by clicking on an image of a chest that opened the animated lid.

I grew up in the ’80s when computers were just finding their way into homes and schools, and I have fond memories of playing all sorts of computer games. This includes interactive fiction, especially Infocom games. I went from Zork (easy) to Lurking Horror (intermediate) to Suspended (difficult)… solving them all and finishing each adventure with a stack of computer paper displaying hand-drawn maps and notes related to solving each game. Cheats were almost impossible to come by (in pre-internet days) so finishing an Infocom game on your own came with some decent bragging rights. I remember finishing Suspended and knowing that I had done something spectacular in the world of interactive fiction.

It was close to fifteen years before I rediscovered text-based games. I was cleaning out a box of computer disks and found my old Infocom games. A few key searches on Google found me the proper steps to run these games again on whatever version of Windows I was running at the time. I also discovered that text-based games had never really gone away, with hundreds and hundreds of new games created by fans of this style of gameplay. Today, there are sites dedicated to sharing and encouraging the creation of more interactive fiction games. There are also emulators for tablets (such as Frotz for iPad) that let users load them and play them on the go. Collections such as the Lost Treasure of Infocom (I still have my boxed set in perfect condition, including the two books that contain the original documentation for over 20 games plus reprints of the ephemera that came with all these games) can still be purchased today. And then there are the thousands of free interactive fiction games that can be found on the internet–The Interactive Fiction is a great starting point.

But maybe, just maybe, you’ve got an idea in your head for your own interactive fiction story. If so, you’ll be glad to know there are tools out there to help would-be game creators organize and create their own text-based games. Even better, there’s a new book by GeekDad writer Melissa Ford called Writing Interactive Fiction with Twine: Play Inside a Story that seeks to give readers advice for story development as well as the technical know-how to make the game function properly. Melissa is also no stranger to interactive fiction, having discovered a real value to the simple style of gaming for her twins.

The almost 400-page volume is an incredible accomplishment; developing text-based stories in the past has been a mix of trial-and-error or closely guarded secrets, but everything you need to create your own interactive fiction and every question you might ask… it’s all here between the front and back cover.

I have to admit–it’s a monster of a book. Not something to read in a few sittings. Melissa squeezes everything into 23 chapters, with Chapter 1 introducing you to the free Twine application that you’ll be using to create text-based adventures and actually walking you through creating a very simple game to get familiar with the tool.

Later chapters cover a wide-range of topics that include plotting a story, creating a map, formatting and stylesheet usage, and the super-important macro command and its various incarnations. I had talked to Melissa about how a camp could be built around the book because of all the hands-on activities that put the reader to the test to see what they took from a chapter or section. The “Try It Out” sidebars are numerous and quite detailed, breaking up the instructional material and giving readers plenty of time to ponder a new skill or concept and how it might fit (or not) into their own story game.

One thing that will immediately jump out to most readers is the mix of technical training/explanations with the writing instruction. The book is both tech manual and style guide, with chapters moving from explanations for programming a particular trick to point of view to dialogue and then back to randomization techniques and storage array design. (Don’t worry if these terms don’t make sense–the book clears it all up.)

Honestly, I just never gave much thought to what would have gone into some of my favorite text-based games, but having read Melissa’s book, I now realize that those early text-based storytellers accomplished some serious feats in their balancing storytelling with programming. It really made me appreciate those games so much more.

With the book completed, I am actually seriously considering an interactive fiction camp next summer (2016). I’ll have to test the waters with kids and parents, but I think kids these days (and many adults) might really enjoy creating a simple story-based game that could be enjoyed by their parents, siblings, and friends. Strip away the need to add graphics and sounds and allow imagination to fill in the actual images in the mind’s eye.

Writing Interactive Fiction with Twine is out now, and readers will appreciate that the Technical Editor for the book is Twine’s actual creator, Chris Klimas. I know that interactive fiction isn’t as popular these days with the multiplayer, hi-res graphics and sound, million-dollar production value games grabbing all the attention… but if you’ve never tried an interactive fiction game, I encourage you to give it a shot. You may discover as we text-based game fans did long ago that there’s something unique and special about plopping down in a chair and finishing an adventure using nothing more than your imagination, some creative problem-solving, and basic typing skills. Here… I’ll get you started with Zork (click this link and then tap the big green PLAY ONLINE button to play for free:

Two hints for you: take a look in the mailbox… and forget the front door. There has to be another way in.

Note: I was provided with a review copy of Writing Interactive Fiction with Twine. I’m also a huge fan of interactive fiction AND a friend of Melissa, so there might be some bias in this review 🙂

Let It Rip! How Beyblades Are Teaching My Sons Science 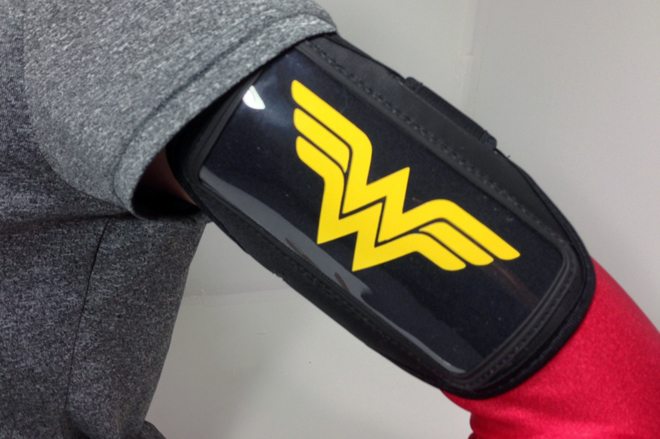