How are you gonna keep a country boy down on the farm once he’s seen the big city? More accurately, how are you gonna keep a boy from going country once he’s home on the range? Maybe I’m getting ahead of myself, but it’s not easy to find a cozy niche for Hopalong Andrew, New York City’s urban cowpoke and former park ranger in hallowed Central Park. Once an indie rocker, Andrew Vladeck has found plenty of room to roam with his alter ego, now celebrating his debut CD, Howdy Do!

While on duty in the park, Andrew combined his love of nature and music and became “the Singing Ranger,” with a host of rewritten and original tunes. Hopalong Andrew soon found that his duties included representing the rangers at various functions around the city and its boroughs. The lone arranger lassoed a posse of collaborators, who helped craft “Back in the City Again” (also known as Gene Autry’s ‘Back in the Saddle Again’) and “Thank God I’m a City Boy” (think John Denver’s ‘Thank God I’m a Country Boy’).

In an astounding merging of fact and fun, Andrew takes ‘The Old Chisolm Trail’ and tells the true story of “Broadway Was a Native American Trail.” I can see why the rangers were impressed enough to send Andrew on the road to share his enthusiasm for the great outdoors and the mother lode of stories that evolved into modern-day New York City. Speaking of the Great White Way, Guys and Dolls songwriter Frank Loesser’s “Jingle Jangle Jingle” becomes “Ice Cream Dude” as those coins buy summery treats.

“I’ve Been Everywhere” gets a New York-centric spin with 105 different neighborhoods getting shoutouts in less than three minutes. It was especially timely, considering we were in a car, traveling through several of them as we listened to Howdy Do! “Buffalo, Buffalo,” an original composition, has a magnetic singalong chorus featuring Amelia Robinson (Mil’s Trills), Randy Kaplan, and Music for Aardvarks‘ David Weinstone.

Hopalong Andrew is a true anomaly. He’s an urban cowboy who celebrates modern commuting. He uses the musical stylings of a different generation to sing the praises of city living. However his infectious and yet-familiar American can-do spirit embodies what draws people from all walks of life and from around the world to travel to New York City in the first place—its energy, its diversity, its community, and its sense of possibility. Howdy Do! might even make you want to trade your Tesla for a Mustang…the kind that eats oats, that is. So go ahead, pilgrims, mosey on down to Hopalong Andrew’s website to see where the next hootenanny is happening.

Howdy Do! is available on September 21 from Hopalong Andrew’s website, and Amazon.

Here is the video for his song, “Tyrannosaurus (Night at the Museum)”:

‘Cinderella Is Dead’ by Kalynn Bayron, LGBTQ YA Fantasy With a Twist 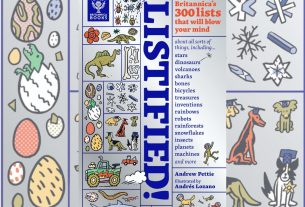