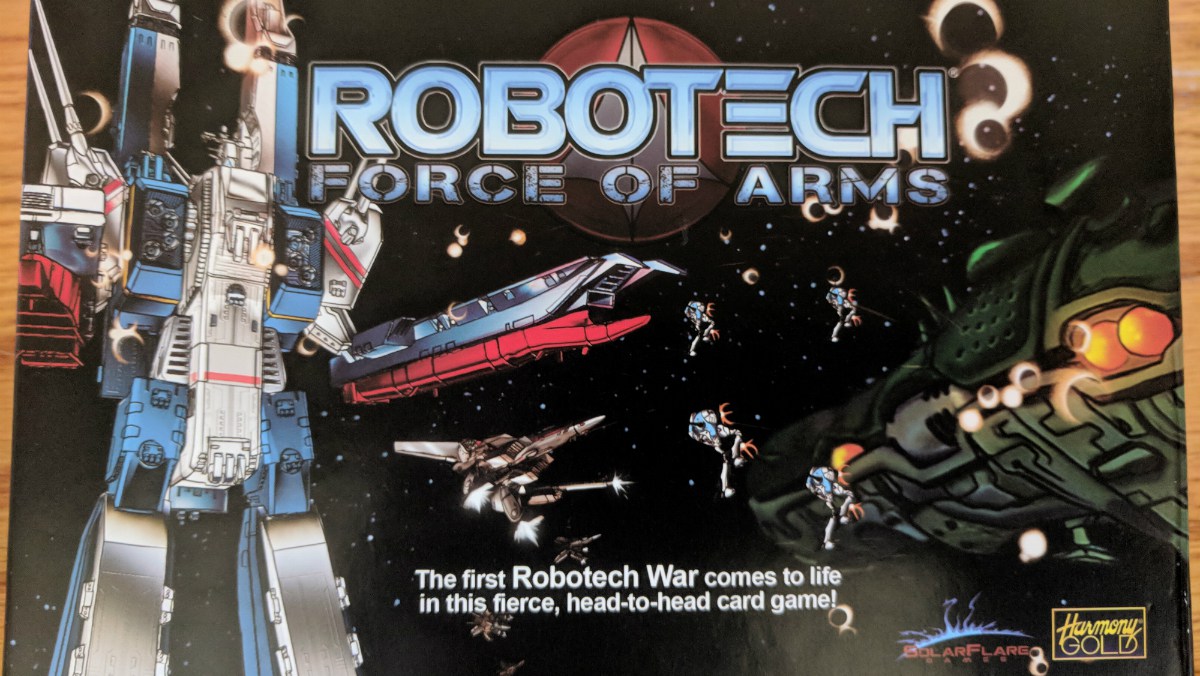 Ahhhh, nostalgia. Is there much better in the world of tabletop games than a good game wrapped up pretty in the trappings of intellectual property from your youth? Not really. I love a good game that is set to something in pop culture that I love. It can take a so-so game up to pretty good and make a good game great. That is why I was so happy when the awesome folks at Solar Flare Games reached out to me for a meetup at Origins 2018 to discuss Robotech: Force of Arms.

I had a fabulous time chatting with Dave Killingsworth and his crew at their booth. I left excited to try out their flagship game Robotech: Force of Arms.

Want to hear more about IP in tabletop games? Check out this podcast from GeekSpiel (where I often hang out with the crew and talk tabletop) on this very topic. The timing on this one is fairly impressive considering I have nothing to do with the schedule of topics for GeekSpiel On Air.

What Is Robotech: Force of Arms?

At the most basic, Robotech: Force of Arms is an area control game with grid movement. Cards are placed on the table from your hand then strategically moved around to gain dominance. This is supplemented with the use of tokens to add attack power, defense power, or certain special powers. Your goal is to either protect the Earth if you play as Robotech Defense Forces (RDF) or to destroy it if you play as the Zentraedi. Simple enough, right? But the devil, as always, is in the details.

Robotech: Force of Arms has a small footprint. The box is just slightly wider than my hand and is the same length. There is neither board nor mat, so no need for a big bulky box, but here is what comes in the package. The cat butt is not included, sorry.

The cards are a standard thick card stock which is easy to hold but still gives that soft bend you like to feel when holding and placing cards on the table. All of the cards are a black background on both sides and only the color (red symbol for RDF and green for Zentraedi) varies on the back of most cards. The ship cards all have the game logo on the back. That makes sense as you will be shuffling both sets of ships together to set up the initial board and that makes them easier to pull out of the stacks.

Though the cards are bit dark for my usual tastes I can’t fault the choice in this case. Have you watched Robotech? It is a dark themed show because, you know, space. If you can’t recall what I mean, here’s a link to Robotech: The Movie on YouTube. You’ll see what I mean, as the cover art for the movie sleeve starts off the video.

The tokens are round double-thick cardboard with the specific symbol for what the token is for on a simple blue background. Again, nothing fancy but very sturdy the blue background helps them stand out against the black without diminishing the dark space theme.

How to Play Robotech: Force of Arms

To set up Robotech: Force of Arms, shuffle together both sets of Ship Cards. Place them in a 3×3 grid pattern on the table, leaving the center spot free. Once the ship cards are laid out, place the Empty Space card in the center open spot. Then each player takes their sets of Fighter Cards, Hero Cards, and Command Cards depending on whether they are playing as RDF or Zentraedi, as well as the appropriate tokens for the chosen faction.

To determine who goes first, each player will shuffle their Fighter Cards (12) and draw one. The highest number gets to choose if they go first or second. Whoever goes first gets to choose which two adjacent sides of the grid previously laid out will be their fighter player area. The first player plays last in the Hero and Command Phase, so choose wisely if you win the toss.

Remember the choice the toss winner had to make above? Here’s where that comes into play. The player who won the toss gets the first crack swapping one of their ships with another on the board. Once they’ve done that, they get to place 2 of their fighter cards face down outside the ship grid next in one of the 6 spots in the area you chose to control. They can be together or in separate spots and if they have text that says you can do so, you can opt to play them face up and get additional tokens for doing so.

This is also the phase where the players can play Spy and Ship Lock Tokens. It isn’t an either/or situation, though. You move ships, play fighters, and tokens all in one round.

If the opponent has Spy Tokens they may opt to play them now to counter any Ship Lock Tokens you’ve played.

You continue taking turns doing the above until all fighter cards have been played. From there, you move into the Token Phase.

The Token Phase, as you may have guessed by the name, is where you get to play all of your non-Spy and non-Ship Lock tokens. During the prior phase, you should have gathered some additional tokens from how you played the cards. Now is the time to use them. The player who went first in the prior phase goes first in this phase.

Repeat the above until all tokens have been played, excepting Spy and Ship Lock tokens as some of those may not get played at all. From there, move into to Hero and Command Phase of play.

In the Hero and Command Phase, the person who has gone first so far will now go last. For this phase, you simply choose one of the four Hero or Command Cards that makes the most sense for your layout and approach, place it and apply the effects. Play passes to the next player, then back, to the first one. A maximum of one Hero Card and two Command cards can be played by each player during this round.

Scoring Phase and Winning the Game

I won’t recreate the entire scoring section here, I’ll include a picture of the scoring diagram which I found very helpful, and will just share the highlights. For each ship for your side, add up the defense value, the values of any defensive fighters that align by row or column to it, add in any defensive tokens you have for that ship.

Add up all the victory point values from the cards you collect and the highest score wins.

Robotech: Force of Arms is a game with very simple rules that quickly becomes complex as you play. Much like in chess, you need to be thinking several steps ahead all while trying to anticipate what your opponent will be doing on their next moves. Every move you make, from the placement of your ships at the beginning, to deciding which fighters and commanders to play where and when down to the individual tokens you choose to play can make or break your chances of winning.

Our first game took about 20 minutes and most of that was both of us lamenting our poor choices of fighter placement. The second game actually took a bit longer as we were both being more tactical about our choices during the… umm… tactical phase. Imagine that! I lost one, and I won one but had fun both times. The key is to not underestimate the importance of where you place your fighters in the beginning. I learned that fast and hard during the first playthrough of this game.

Solar Flare Games can be found on their website and they have wonderful overviews of all of the games they offer. I hope you check, out Robotech: Force of Arms and some of their other offerings. 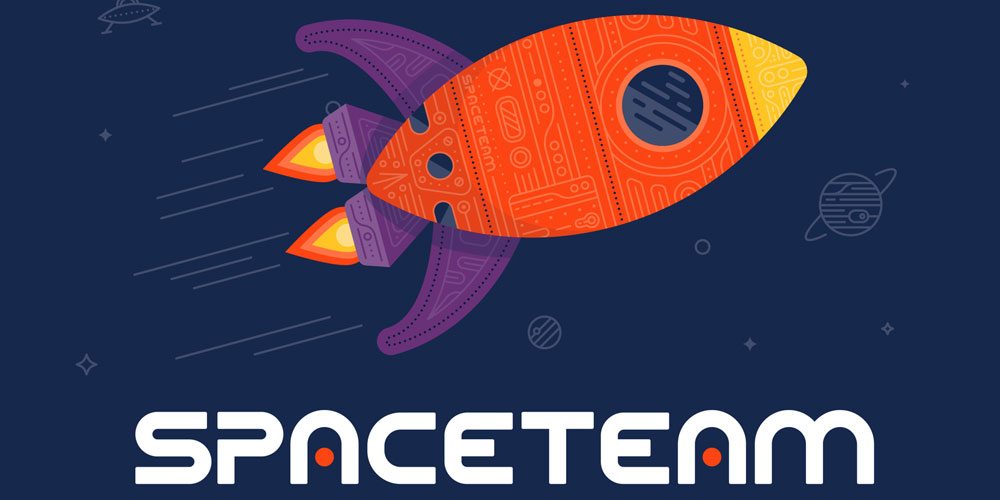