Endogenesis is a card game for 3-5 players with gorgeous artwork that really sets it apart from the crowd. Players take the role of cosmic beings vying for godhood using strategic free-for-all combat. The game’s creator, David Goh, is looking for funding on Kickstarter, now.

In Endogenesis the players are competing against each other to become gods. The backstory is that a thirst for knowledge set the players against one another, as a quest for understanding became a covetous, greedy desire for power. Through various mechanisms in the game, players build up their strength to take on Legendary Monsters. If they kill a Legendary Monster they gain a prism. The first person to gain three prisms wins the game (two for a shorter game or 5 players). Games last around 30 mins per player.

I have only seen a prototype version of the game, so the final product is likely to vary, but as prototypes go, the Endogenesis box is excellent. I can’t fault the quality or the beauty of the aesthetic. In the box you’ll find:

One set of Endogenesis will cost $43, plus 7$ shipping. UK ($18) and EU($28) shipping is more expensive. The game has EU and US friendly shipping. (Shipping amounts are approx conversions from Singapore Dollars.)

How Do I Set up a Game of Endogenesis?

How Do I Play Endogenesis?

The first thing to do before the game starts is for each player to customize their character. This is done using Skill Cards. A character may have up to four skills, one of which will be an ultimate skill. Skills can then be powered up using shards. One shard per power up for normal skills and 2 shards per power up for ultimate skills.

A Note on health.

Shards can also be used to increase health. Each character has a “max health” token, which denotes, as you might expect, the maximum number of health points a character can have. It is possible to extend your max health using shards. This has the twofold bonus; making you tougher to kill, and also, at 5,10 & 15 health, you may draw a Wonder Card.

Choose a first player, and move around the table in order. The last and second last players each receive a small boon to overcome the disadvantage of starting later in the game. As play moves on, each player runs through the same sequence of events. The monsters in the game also get a turn after all the players have had their turn.

Each player’s turn consists of the following.

Reveal: The top card of the Realm of Chaos is turned over. If it’s an event, then that event is enacted. If it’s a distortion, its effect goes into play. This will globally affect the game state until it is removed. If it’s a monster, place health markers on the card that correspond to the monsters Health value. Realm of Chaos cards are turned over until a monster is revealed, so its possible to turn over more than one event/distortion. Once a monster has been revealed the player may start his turn properly.

Draw: The player draws two cards from the Realm of Knowledge deck. These are not revealed to his opponents.

Action Phase: Players may carry out their permissible actions in any order.

Some of these actions may cause the following to happen.

Turn End: You can end your turn at any point. You may only have 7 cards in your hand at any time (Wonder cards don’t count in this tally). Discard any extra cards you have, and play proceeds to the next player.

Once all players have had their turn, the active monster takes its turn.

Anatomy of a Skills Card.

The gorgeous looking skills cards can be bewildering at a first glance. There’s quite a lot going on on each card, but the details are well explained in the rules and are, in fact quite straightforward.

Each Skill has a type, Cosmic, Mythic, Entropic, Organic, or Mechanic

Skills can only be used from cards that are in play on your character. To use a skill requires energy (the amount of which is denoted middle left-hand side of the card). This energy is paid for by discarding cards from your hand. The amount of energy you get for this discard is given at the top right of the card.

The text in the middle of the card describes what happens when a skill is used. There are a variety of effects across the game. They mostly involve dealing damage (and sometimes bonus damage), providing defense, or increasing health.

At the bottom of the card are the cards boosted effects. Each boost has an icon indicating the number of shards to be able to use that boost.

Some skills are reaction skills, these are played face down and kept secret from your opponents until you need them. Generally, reaction skills do not activate during your turn, but in somebody else’s. When you reveal them, you still have to pay their energy cost. After a reaction skill has been played, it is returned to hand, but you can play another reaction skill immediately face-down on your player mat. It can even be the same one as you just returned to your hand, should you wish.

Skills can only be used once per turn.

Anatomy of a Monster Card.

Killing a monster in Endogenesis gives you boons. You need to be the person who takes the final Health from the monster to claim any bonus for killing a monster. Killing a Legendary Monster will give you a prism. Win 3 prisms and you win the game.

Monsters have attacks that they make on their turns. They also have their own variety of skills, denoted by colored labels. These are as follows:

The Final 5 Types of Card.

If a player kills a monster they gain the reward given on the card for doing so. It is possible that, thanks to reaction skills or wonders, that somebody who isn’t the active player kills the monster. In which case, it’s the person whose card did the final damage that gets any bonuses going. Killing Legendary Monsters gives you prisms, and having three prisms wins you the game.

If a player kills another player they are awarded a shard.

Player Death. Player Death? That does not sound good; is this an elimination game? No, it’s not. What happens to you when you die, depends on how many prisms you have.

0 prisms means you discard a Realm of Knowledge card before returning to the game on full health. For 1 prism you return to the game but may not take your next any actions in your action phase. Having 2 Prisms means you suffer both death penalties.

As I stated at the top of this review, I love the aesthetic of Endogenesis. Thematically, it’s second to none. There’s a strong sense of cohesion between cards that belong to the same class, and the different classes give the game a feel of classics such as Magic the Gathering. The games overreaching premise is a little less solid. You are, in essence, hacking through monsters indiscriminately to gain power, which to me at least, isn’t as interesting a reason to participate than is often provided in many modern games.

Endogenesis is a very tactical game. Right from the off you need to be thinking about what you’re doing, and the game is filled with lots of play and counterplay. If you don’t like games where your opponents can directly interfere with your plans, this may not be the game for you. I’m not sure I’d play with my son, who at 12 could definitely cope with the game’s strategy, but perhaps less so, with having his carefully laid plans destroyed before he could enact them.

I very much like the customization mechanic. The random nature of the card allocation allows for a wealth of different options at the beginning of the game. Your choices do funnel down if you’re trying to gain a particular class card but with the number of skills and artifacts in the game, there are many routes to victory. The combos you used to win the last game, probably won’t be available to you to do the same the next time.

If the game has a flaw, it’s the monster deck. The monsters are different to one another, but not that different. The strategies used to defeat them will have variation because that will depend on game state at the time of your turn, but broadly, each monster is the same. I understand the need for Legendary monsters to disappear back into the Realm of Chaos, if they are too powerful.  The mercy mechanic works fine, but the “I can’t fight you, I’m too powerful” device never sits well with me. But these are small gripes. The mechanics work well, and the game’s variation comes in player character customization, and not monster type.

There are quite a large number of moving parts; different cards acting on the game state, which can seem overwhelming at first, but the rulebook is very clear, and after two or three plays the rules are intuitive. Designer David Goh has clearly worked hard at getting the rulebook right, and it too fits with aesthetic of the game. As a small aside, David’s communication throughout this project has been excellent. This is clearly a well-organized Kickstarter. Whilst this doesn’t necessarily mean anything for the quality of the game itself, it demonstrates Goh’s dedication to getting things right. The production values in the prototype I was sent were excellent, which always bodes well for a high-quality finished product.

If you like tactical card games, you should definitely consider backing Endogenesis. If you like games that look amazing, then this is a game for you. If you like both, then this may just be the game you are looking for. You can check out Endogenesis on Kickstarter, now. 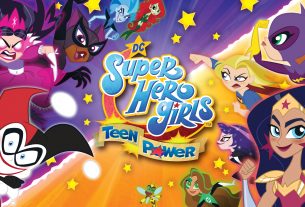