Session 66: Any Given Sun Sword

Bludgeoned and bloody, Baba Lysaga was looking desperate. Her magical energy was fading. Sensing the adventurers clustered together beneath her, she a twisted, warty finger downward. Thick black, oily tentacles erupted from the ground. They grasped, clasped, grappled, and crushed the adventurers, clubbing and slamming into them.

Last night we played the 66th session in our online Curse of Strahd D&D campaign and we finally managed to achieve something heroic. Unfortunately we couldn’t all play, so our gnome druid missed out on the epic battle, but nonetheless this was probably my favorite session so far.

Last session our quest to find objects and allies to help us defeat Strahd (evil vampire guy) led us to a swamp in the Ruins of Berez. We were told we could find the Sun Sword here, but first had to deal with the swamp’s current caretaker and general cackling mad-person, Baba Lysaga. We ended last session mid-battle with the infamous swamp-witch and picked up right from where we left off.

Brundle raised his hands into the air and called out to the sky once more. Lightning, fierce and fast, shot down from the clouds striking Baba Lysaga. Thunder rumbled all around as the witch lost concentration on her spell and the tentacles withdrew into the ground. She screamed out in pain, pointing her withered, charred hands at the gnome and muttered more hideous incantations. A scorching fireball shot down from her finger, immolating the party.

As we began the session the fight was well under way. Baba Lysaga had taken a lot of damage but her coven of three Night Hags was still causing trouble. We had all taken damage last session too, but Ireena was on hand to heal us, although she was now running very low on spell slots.

Everyone except for Kosef and Victor had to make dexterity saving throws to avoid the fireball. Ireena, Gimble Timbers, Brundle, Baba Lysaga’s hut, and the three Hags all took 21 points of damage. Barash took 42 and was knocked unconscious.

As Brundle couldn’t play, we decided that the fireball would be enough to make him reconsider his participation in the battle. Therefore, after running to Baräsh and restoring him to consciousness with a Cure Wounds spell, he used his last remaining Wildshape of the day to turn into a mole and burrow into the ground. The idea was that he would join us later once the battle was over. Although there was a real possibility he might be the only one to survive this fight.

After the fireball, Victor and Kosef ran closer to the party to get within range of attacking Baba Lysaga. Three magic missiles shot from Kosef’s staff, striking the witch; she then resisted Victor’s Confusion spell.

Meanwhile, Ireena cast a Mass Healing Word on the party (the word was “melon”), giving us all 10 HP, Baräsh then returned the favor giving Ireena 20 points of health (always heal the healer first), and Gimble Timbers began attacking one of the hags who had crept up behind him.

The three hags then made their presence known. The first cast Fear on Kosef, but I used my Arcane Deflection ability (from the War Mage in Xanathar’s Guide

) and passed the saving throw. The second hag was more successful and cast Hold Person, leaving me paralyzed. The third attacked Baräsh with a magical bolt of black energy, but the spell went wide.

Then Baba Lysaga began casting a spell at Victor and, as she did, she raised her skull another 100 feet in the air, well out of our reach. Victor tried to cast counterspell but failed.

For the next two rounds Kosef was paralyzed, Baräsh took a big hit and fell unconscious again, Gimble became outnumbered by the Hags, and Victor stood still, looking confused; he had been charmed. Or so we thought.

Then, once Kosef had broken free of the Hold Person spell and Baräsh had been revived by Ireena once more, it was Victor’s turn. He wasn’t attacking and we didn’t know why. He said he “must protect Baba.” But we shouted him down; clearly this was the effect of his being charmed. Obeying our orders and resisting his impulse to protect our foe, Victor began casting a spell. But before he could complete it blood started pouring from his nose and eyes as Baba Lysaga’s Geas spell took over. In battling against her instruction he took 53 points of psychic damage and died.

Victor’s body crumpled on the ground. We hadn’t encountered Geas before, and are in no hurry to do so again. It’s a spell that compels you to follow instructions which, if you refuse, causes massive psychic damage, as Victor found out.

“That’s exactly the kind of behavior that will get you demoted!” Gimble Timbers called out to the crumpled dead wizard.

Kosef screamed out in agony. “Bring him back!” he yelled to Ireena, who had already run to Victor’s side. Kosef raised his staff; he had just enough juice for one more spell, and cast Cone of Cold at the witch and her hags shouting, “For Victor!” They countered the spell and it had no effect. We were really on the back foot now.

Baräsh rolled another death save, his fourth of the session, but his first natural 20. He jumped to his feet with 1HP and ran to help Ireena. With her last healing spell she managed to revivify Victor and he rejoined the party, also with 1HP.

At this point none of us had more than 10HP and the hags were still relatively unharmed. However, Baba Lysaga had now taken a lot of damage and was looking weak. One of the hags ran towards us, claws raised, and hit both Baräsh and Ireena with fierce attacks. They fell unconscious. Again.

As the rest of us fought off the other hags, Gimble Timbers dashed to his fallen friends. He raised his fake-mannequin arm, normally used for casting Lightning Bolt at things, and it glowed blue, illuminating the burn scars along it. His fingers pulsed with energy and he pressed gently on Ireena’s heart. A bolt of energy shot from his fingertip and her body bounced with the impact as she returned with a gasp. This was the first time Gimble Timbers has cast Spare the Dying since he learnt the ability last level-up. Thankfully it was a cantrip so he could repeat the spell moments later on our Dragonborn friend.

Seeing our party roused again, Baba Lysaga, who was badly hurt and out of spells, tried to escape in her floating skull. Victor wasn’t having any of it. He cast Wall of Force, trapping her and preventing her egress. A barrage of arrows and magic missile was all it took to finish off the swamp witch and Baba Lysaga fell. We cheered.

Baräsh and Ireena were stable but unconscious and there were still two hags left. Thankfully, without Baba Lysaga to worry about, we were able to finish them off in a couple of rounds. Now we needed somewhere to rest.

Victor had spotted a ruined mansion in the last session that was only 500 feet away. So, hoping to find shelter, we headed there. A crude wooden fence circled the dilapidated building. It was covered in moss and the walls had mostly crumbled away leaving only the skeletal shell of a house long abandoned.

Kosef was the healthiest (I had nine HP!), so I volunteered to scope out the building, leaving Gimble and Victor to watch over Baräsh and Ireena. Kosef snuck into the house.

As he stepped across the threshold, a morose apparition appeared. “My name is Lazlo Ulrich, what are you doing here? Go away!” he said forlornly.

There followed a tense standoff between rogue and ghost. Eventually, after hearing we were looking for the Sun Sword to defeat Strahd, the ghost calmed down and told his story. He had been trapped here for hundreds of years by Strahd for preventing the vampire from turning and marrying his daughter Marina. Strahd was obsessed with Marina because she appeared like the reincarnation of his lost love Tatyana—just like our Ireena. He then told us that the Sun Sword was buried beneath a monument to Marina in the center of Berez.

Hearing those words, Kosef hastily thanked Ulrich’s ghost and dashed out of the mansion. He sped past Gimble Timbers and Victor, yelling that he would return in a moment. He was excited. He’d finally discovered the whereabouts of something they’d searched for. The Sun Sword. A quest could be completed!

Kosef darted around a corner following Ulrich’s directions. He saw Marina’s monument ahead. He was so focused he didn’t notice its uncanny resemblance to their friend Ireena. Nor did he spot the six zombies shambling towards him. He read the inscription on the plaque, “Marina, taken by the mists.” Scrambling around in the dirt he found nothing. The zombies shambled closer. He stood up and pushed the stone. It hardly moved. Or did it? He pushed again. The zombies were now fifteen feet away. He felt the stone shift. One more push. It crashed to the ground between him and the dead. Shoving his hand into the dirt where the stone had stood he clasped something warm. He pulled it out. He held the glowing Sun Sword aloft. The zombies cowered. Kosef smiled, he finally had a present for Gimble Timbers. END

Wow, so we killed Baba Lysaga AND we got the Sun Sword. I hope it’s worth it. By our DM’s description, it sounds very useful. It’s a +2 longsword that deals an additional 1d8 radiant damage versus undead creatures and it emits bright light (sunlight kills Strahd) in a 15-foot radius. The Sun Sword is a sentient weapon too—which I guess makes it another party member, and another funny voice for our DM to remember! As a sentient weapon it also has intelligence, wisdom, and charisma scores, all of which are higher than the majority of our group. So I think we might have a shiny new leader. All hail the Sun Sword!

DM Tip: Always read the applicable entries in the monster manual fully and check your monster’s abilities and attacks for caveats. Sometimes a monster may have an attack or ability that requires a certain object or other monsters to be in play. An example of this is the three Night Hags we were facing last night. As long as all three hags of the coven are within 30 feet they can use their shared spellcasting ability, but as soon as one is dealt with or moves away, this ability ends. Twice our DM had to reconsider their turn as he realized this limitation.

Player Tip: In the height of battle it can be easy to forget useful abilities or boons that you have, so it’s worth devising a system to help with this. In our case, Baräsh, when he’s not stunned and useless, can offer his allies the benefit of his Aura of Protection. This ability allows his companions to add his charisma modifier to any saving throw—as long as he’s conscious and within 10 feet. Last night he was so caught up in trying to keep himself alive, that he forgot to offer this boon to us. So we now need to come up with a way to remind us all in the future. Although it really would have been useful last night too.

Next week we embark on the last phase of our journey. Now that we have the Sun Sword we can head straight to Ravenloft and challenge Strahd once and for all. Although that might not be sensible. 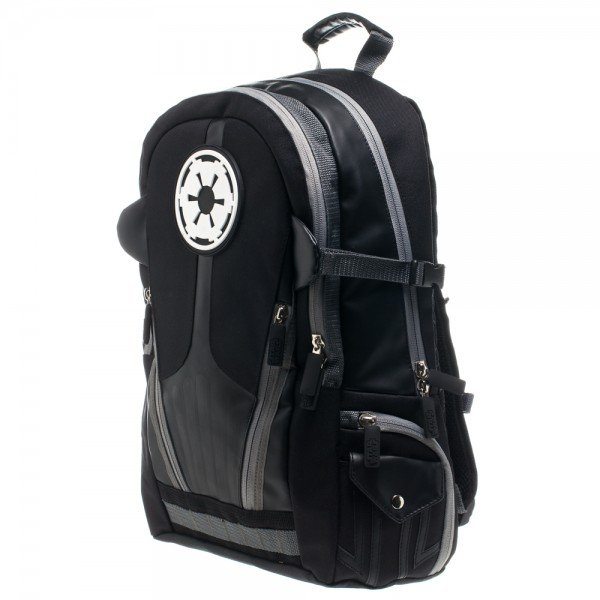 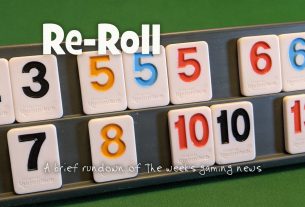