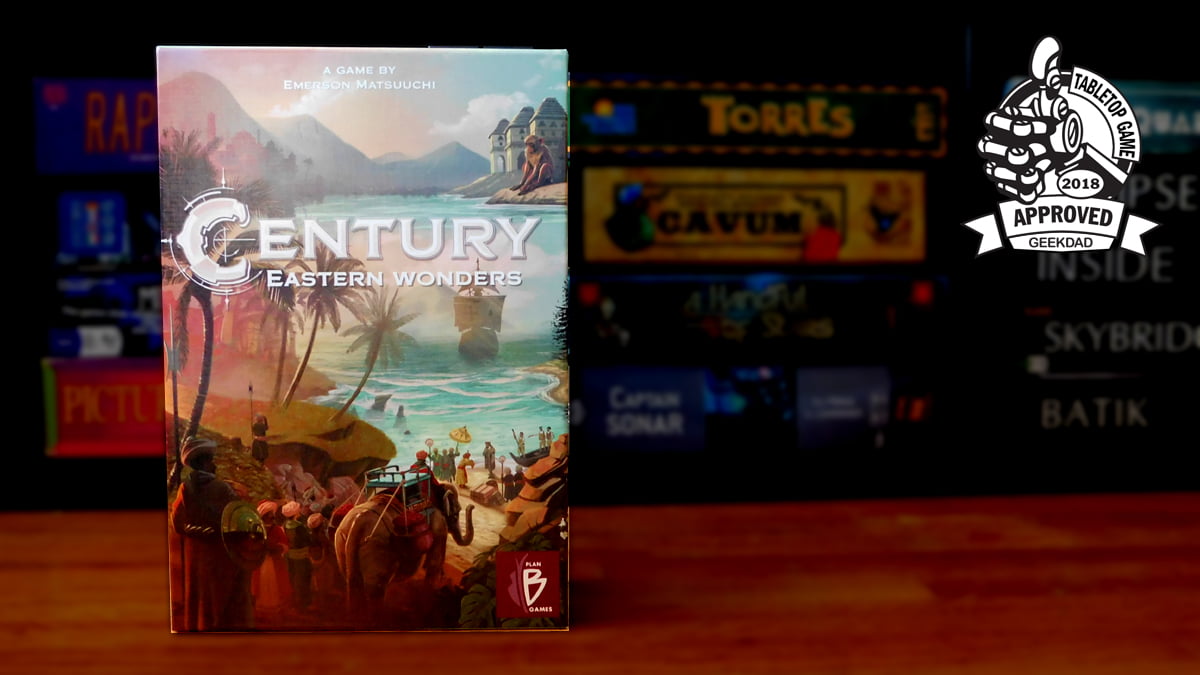 Last year Plan B Games released their inaugural title, a sleek, engine-building game about spice-trading along the Silk Road entitled Century: Spice Road. This compact little title from designer Emerson Matsuuchi exploded onto the market, garnering exuberant praise and numerous awards as it became an instant favorite for both long-time gamers and new players alike. But this isn’t a review of Century: Spice Road. Always planned as a trilogy, Spice Road was part 1 of a grand gaming experiment: 3 games, each playable on their own, but which could also form together to make other hybrid games. Well, a year later the wait is over for part 2 as Century: Eastern Wonders is now available in game stores everywhere.

What is Century: Eastern Wonders?

For 2-4 players, Century: Eastern Wonders is a more robust game than its precursor. While it retails for the same price of $39.99, it packs a lot more into its modest box and sports an average play time of 30-45 minutes which, while according to the box is the same as Spice Road, feels like it contains more here. Eastern Wonders is still a game of trading, but one of exploration and expansion, as you travel to distant lands in search of spices to trade for. Despite the fact that there are several more mechanisms present in this game than the last, it is still a quick-playing game punctuated only occasionally by the long pause of a tough decision.

Whereas the first game barely had enough components to fill a medium-sized box, Eastern Wonders is practically bursting at the seams with stuff. It includes:

Opening up the box for Eastern Wonders is like opening a package of Starbursts: an explosion of color that you can’t wait to stick in your mouth. Okay, maybe not the last part, but this game is seriously beautiful, with seductive blue and green of the island tiles beckoning you, practically demanding you build a trading post there.

The only downside is that, with all the content inside, it features one of the most maddening inserts I’ve ever seen in a game box. There are four spots that, upon opening, hold the spice bowls, but which are also clearly molded to hold the island tiles (they fit perfectly). Naturally, they can’t do both, so however you decide to organize it after you’ve punched out your pieces, the box will be awash with loose spices, islands, or bowls. Which is frustrating.

However, in a day and age where many players throw away their insert immediately anyways, this is far from a deal-breaker for this otherwise flawlessly-engineered game.

How to Play Century: Eastern Wonders

In Eastern Wonders, players will be sailing their ship around a veritable smorgasbord of islands, as you attempt to find, trade, and sell your spices. Ultimately, you will be selling sets of spices to earn victory point (VP) tiles, each worth various amounts. There are other ways to earn points as well, but the game ends once any players has collected 4 total VP tiles.

While there are a few alternate setups to the game, you should definitely begin with the core layout of the island tiles as indicated by the manual (first removing 1 random tile of each market type, shown on the back of the tiles). Add the 4 harbor tiles as shown around the edges of the map; on each harbor tile place a randomly-chosen VP token, and then shuffle the remaining VP tokens with the red X token being placed randomly in the top 5 tiles.

Each player receives a player board and places their 20 trading posts across the indicated spaces. Nearby, place the 4 bowls of spices (arranged, to help remember order, from yellow to red to green to brown) and, finally, keep the 5 different types of bonus upgrade tiles nearby.

Last, select a player to go first. Then, in reverse player order, choose your starting spices from the preset selections in the manual and place your ship anywhere on the board. This ensures that the players who go last get a better starting position and starting spices.

On your turn, you may move your boat from its current island to another (or you may choose to remain where you are). You get to move once for free, and after that you can move as many additional tiles as you want provided you leave one of your spice cubes behind at each island beyond the first. Also, if you end your movement on a tile with another boat or boats, you must pay each of those players a spice as well, so be prepared to carve out your personal space.

Following your movement, you have three choices.

Market Action: This action (which cannot be taken on the rare occasion that you’re on a port tile) allows you to trade with the island in question, exchanging your current spices for others per the image on the card, typically swapping either many poor spices for a few better ones or visa versa (you can do this as many times as you want, provided you have the requisite spices). Before you can trade, however, you must have a trading post (of which you have 20 on your player board). The first trading post on any island is free to build, and can be done as part of this action. However, if other trading posts exist then you must pay an additional spice per trading post to build your own.

Building trading posts is its own mini-game, which we’ll discuss further later. On your player board your unbuilt trading posts are laid out in a 4×5 grid, with each row of 5 marked by a different one of the game’s 4 spices. Each island is also marked with one of the spices, and when you build there you do so by taking the left-most post of that spice from your board and adding it that island. The first column is blank, but all posts beyond that, when built, uncover VPs in values up to 3 (worth more the farther into that row you build). Also, when you completely empty a column on your board, you immediately earn an upgrade tile (these allow you to sail faster, hold more spices in your ship, gain additional spices when you harvest, gain an extra spice when you build, or simply gain VP).

Port Action: This is what you’ll be working towards most of the game. There are 4 ports around the edge of the board, each beginning with a VP token and displaying both the spices required to claim it and the VP it is worth at the end of the game. For your turn, if you are on a port, you may spend the required spices to claim that VP token. It is then replaced from the top of the VP pile. If the tile you draw is the red x tile, then each time a new token is claimed the red X moves to that location and the old location receives the new VP tile. This stretches the map out as the game goes on, forcing players to traverse the seas more in order to get the points they need.

Harvest Action: Sometimes, often after buying a VP token, you’ll find yourself lacking any resources, even the most basic, which makes it hard to ramp your engine up again. To jump start it, you can harvest, which simply means adding two yellow spice cubes (ginger) to your cargo hold. This isn’t much, but in dire times it can be enough to spark the fire again. Also, if you earn and upgrade, you can choose the one that, in additional to 2 ginger, gives you a red chili spice cube when you use the harvest action.

And that’s the game. Sail through the seas, try and map efficient paths that allow for powerful combos and let you trade up to the most valuable spices more quickly, snag the best VP tokens, and win! (Hopefully)

I will admit, I have been enamored by Century: Spice Road since it came out. It’s a light, easy-to-teach engine builder that appeals strongly to non-gamers. My wife and my mother, both non-gamers, have asked to play Spice Road on several occasions, which is more than I can say for most other games. And I thought I loved it. I thought it was everything that I wanted in a game about trading spices in the east. It turns out I needed Eastern Wonders to show me what I was missing.

What sets Eastern Wonders both apart and ahead of its predecessor is the player boards. Emerson Matsuuchi has done something incredible with the game-within-a-game of uncovering VP values and adding upgrade tiles as you clear that board by building trading posts. A certain amount of this will happen naturally: you need trading posts to trade, so the early portion of Eastern Wonders is marked by a flurry of construction as players zig-zag around each other trying to build without having to pay any extra fees. However, as the board fills and your cargo swells with spices, that initial burst of building slows, and that’s where the decision-making gets good.

The player board offers a subtle, easily-overlooked alternate path to victory. Whereas Spice Road offered one way to win, and if you fell behind it was nearly impossible to catch back up, Eastern Wonders allows you to pivot. The amount of points you can earn by building trading posts is far from inconsequential and, if your opponents aren’t paying attention, can swing the game in your favor. If you fall behind in the race for VP tiles, and your economy isn’t functioning as efficiently as everyone else’s, then you can turn you attention to spreading your influence across the seas, raking in VP in bits and pieces and even grabbing values of up to 6 with via upgrade tiles.

Having a secondary way to score may not seem like a huge innovation, particularly if you routinely play so-called “point salad” games that offer myriad ways to earn victory points. But in Century it’s a coup of innovation, because it doesn’t come with the baggage of paralyzing decisions and overwhelming complication. Yes, Eastern Wonders has slightly more rules and pieces, but it’s still just a quick to teach and breezy to play, only now it offers a depth of strategy that its predecessor may have been lacking.

The bones of Spice Road are still there in form of the islands, but by eliminating the cards and personal decks Eastern Wonders has also added more parity to the game. When you lose, it won’t be due to bad luck or your opponent getting a card that you badly needed or wanted, it will be because they had a better plan than you did, plain and simple. And those are the best games, the ones that leave you smiling in defeat, admiring your opponent’s brilliantly-devised economy and wanting nothing more than to play again so you can improve your own machinations.

I like to say that a “good” game is one that you want to play again, and Eastern Wonders will get lodged in your head like a catchy song, always at the back of your mind and always on the tip of your tongue until you relent, grab the box, and sail off to make your fortune. 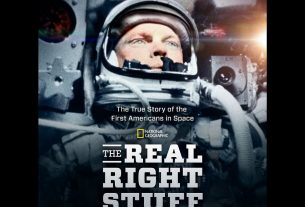 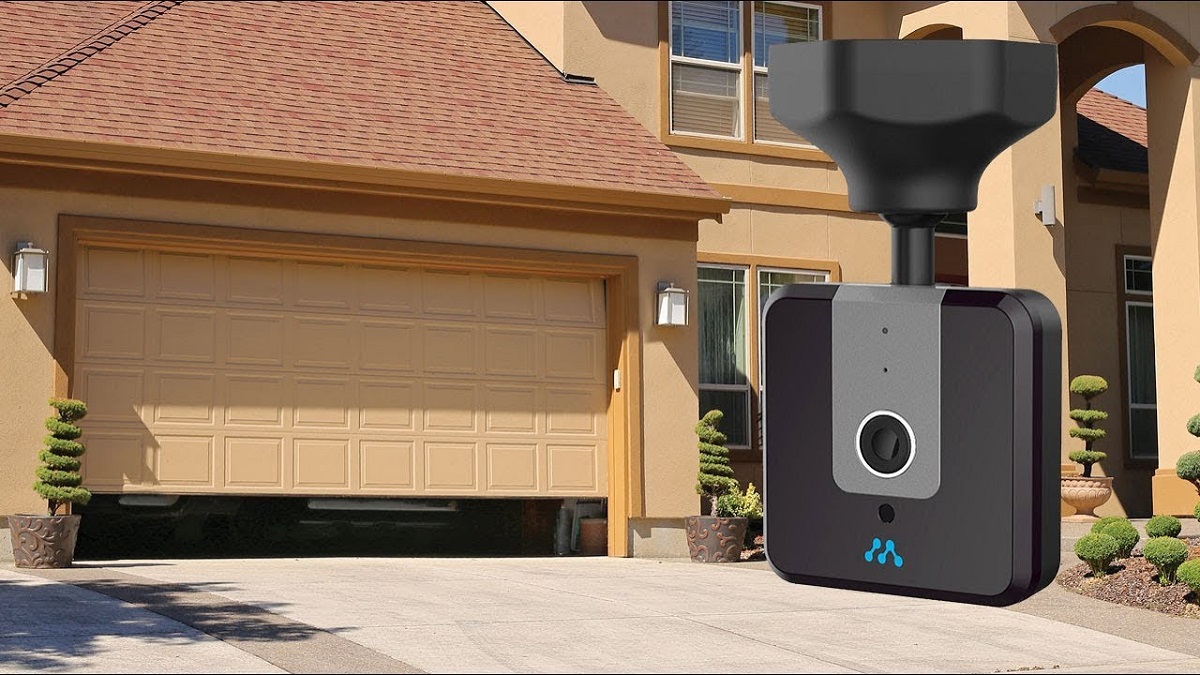