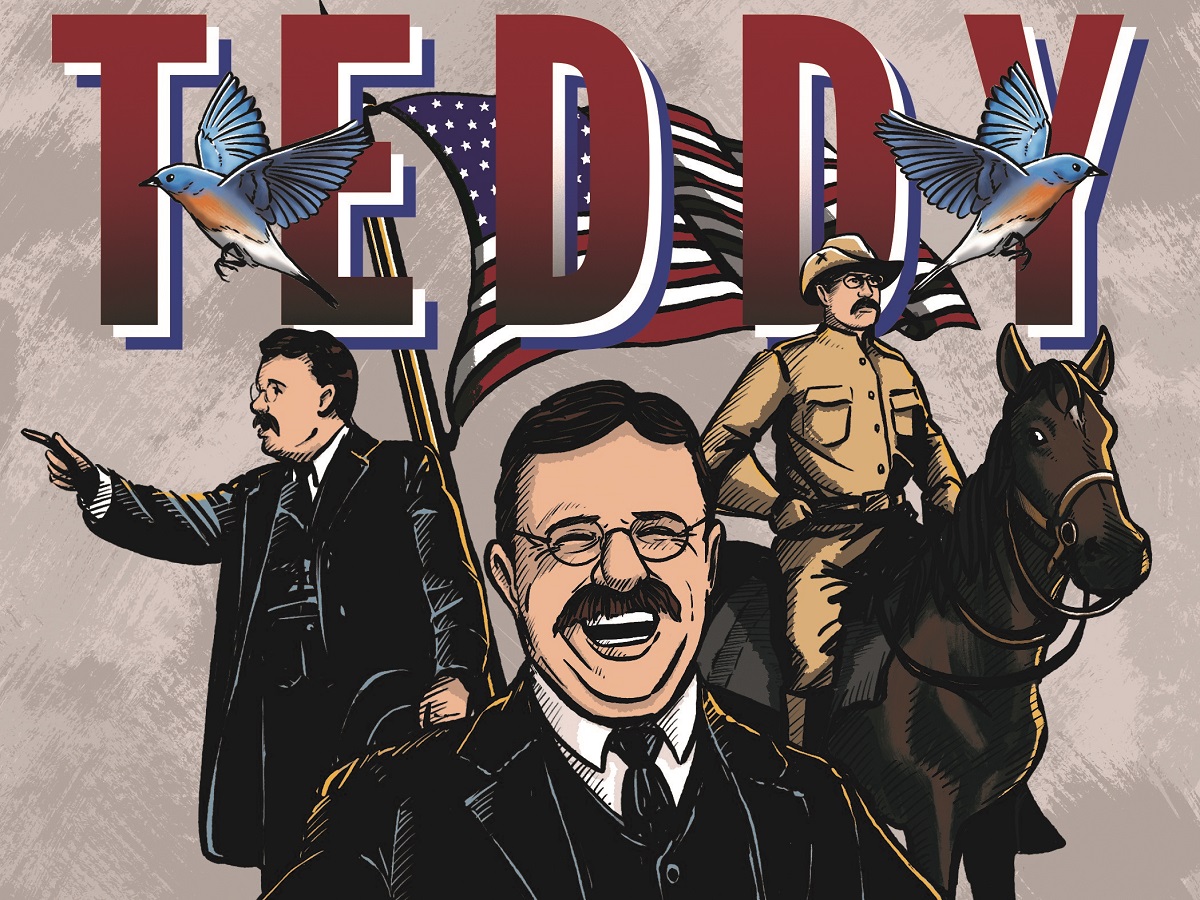 Theodore Roosevelt was the 26th President of the United States of America. Often regarded as one of the first progressive presidents, Roosevelt lived an interesting life as a cowboy, police commissioner for New York City,  Assistant Secretary of the US Navy, Colonel in the 1st US Volunteer Cavalry Regiment, Governor of New York, and Vice President of the US. While he had many accomplishments, he also suffered tragedies as well. While many historians have written biographies of this great man, the latest story of his life is presented in a graphic novel.

The graphic novel Teddy is based on the one-man show Teddy Tonight by Laurence Luckinbill. The script he wrote for this play has been adapted by Eryck Tait who also illustrated the work. The book is published by Dead Reckoning, an imprint of the Naval Institute Press. It is available in both paperback and digital editions and can be purchased at your local bookstore as well as several online sellers including Amazon. com. The suggested retail price for the hardcover edition is $24.95.

Teddy starts off with Theodore Roosevelt, the former president, arriving before an audience to give a political speech in 1918. The day before he had received a telegram that his son Quentin, a US Army pilot, had been shot down over enemy lines on the Western Front of World War I. With this in the back of his mind, Roosevelt begins his speech. However, as he speaks, he leaves the main topic of the speech to reflect on his life. Through these reminiscences, Teddy takes readers through the life of this man whose visage appears on Mt. Rushmore along with three other presidents. The graphic novel begins with his father helping him overcome asthma as a child and teaching him lessons that instilled a powerful ethic of hard work and compassion. It continues with his education at Harvard and then his entry into politics. Following the death of his first wife, he left New York and became a rancher in the Dakotas. There he learned to love the west and the hard-working people who tamed it. Each of these vignettes helps readers come to a greater understanding of how these events shaped Roosevelt’s attitudes and beliefs. It finally ends as the speech comes to a close with Roosevelt thinking of his four sons who were all serving in the military during the war.

Laurence Luckinbill was gracious enough to allow me to interview him about Teddy as well as his play on which it is based. Mr. Luckinbill has a long history as an actor. Not only did he play Spock’s brother Sybok in Star Trek V: The Final Frontier, he also played roles in numerous movies and television shows as well as stage productions. In 1987, Mr. Luckinbill played President Lyndon Johnson for a PBS special. He later took this one-man show on the road. He even played at the LBJ Presidential Library theater in Austin, Texas a number of times for audiences that included Lady Bird Johnson, the former president’s widow. As he continued playing LBJ, he was asked in 2002 if he had a play about Teddy Roosevelt since some of the president’s papers were coming into the library. Larry looked for an existing play but did not find one he liked, so he decided to write one himself.

Larry started by hitting a library in Westchester County, New York for research. The librarians found 35 books of Roosevelt’s writings for him. He ended up with hundreds of facts but no story. Larry feels it is important for an audience to feel a need for a story rather than just be entertained. Finally, he got to the last book which was written by Corrine Roosevelt, the president’s younger sister, and titled My Brother, Theodore Roosevelt. While he did not find much useful information in this book, he came across a part which was about a time when Corrine asked him to speak in Saratoga, New York for her husband who was running for public office in the state. Before he left to give the speech, a reporter had given Roosevelt a telegram that his son Quentin had been shot down behind enemy lines, but his condition was not known. Theodore felt it was his civic duty to go ahead and give the speech. By the time he arrived in Saratoga, he received another telegram confirming his son had been killed and buried with full military honors by the Germans. This was on his mind when he went to the stage. Larry explained that Roosevelt started to give his prepared speech, but then put it down and began to talk from his heart. That episode was the inspiration for the show, Teddy Tonight.

Larry shared that when he was a kid, he loved comic books. It was always a dream of his to have his work put into a comic book form such as a graphic novel. His agent packaged up several of his plays to send to publishers for an adaptation. Larry said he got 67 rejection letters. Finally, Dead Reckoning agreed to publish the story of Theodore Roosevelt.

Larry explained that it is important for people to learn about Roosevelt. His greatest strength was his love for his family. This started with the love his father had for him and continued through his life. Roosevelt always rose to whatever occasion he faced. As president, he was involved in social justice and wanted to improve the lives of all Americans, especially the poor who lived and worked in bad and dangerous conditions. Roosevelt worked hard all his life while constantly learning new things as he read at least three books a week and wrote over 30 books of his own as well as thousands of letters. Larry hopes young people will read Teddy and realize there is nothing that they cannot do.

Why Should You Read Teddy?

I highly recommend Teddy as an interesting and engaging work on the life of Theodore Roosevelt. As a high school history teacher, I enjoy teaching about Roosevelt and the progressives during a time of change in American history when the government began to help protect the working class and poor rather than the wealthy who had controlled politics for so long. We can thank Roosevelt for laws that ensured clean food and medication, for preserving land for our National Parks, and for helping make the United States a major player on the world stage. Though I have read several biographies about Theodore Roosevelt, I enjoyed how Teddy presented the life of Roosevelt, not just as a great man, but also showed the human side of him that illustrates why he did what he did. Teddy is great for both young people and adults alike. 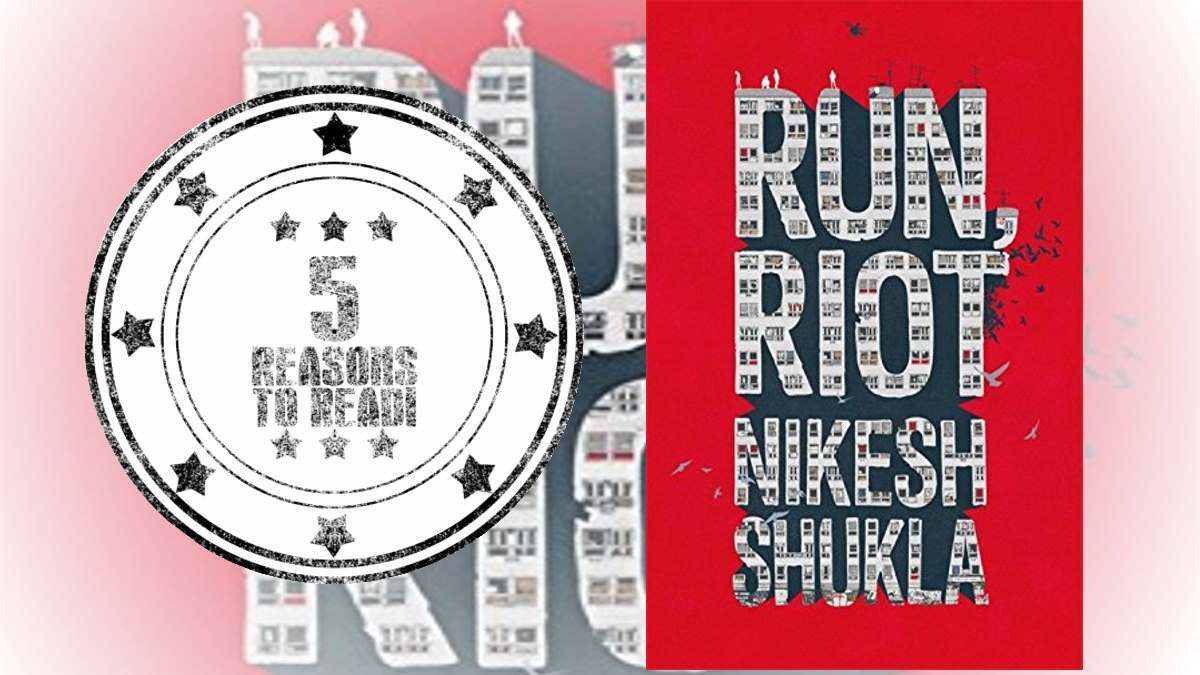 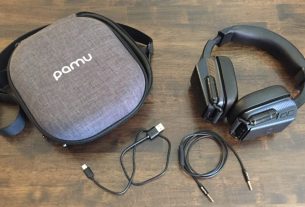 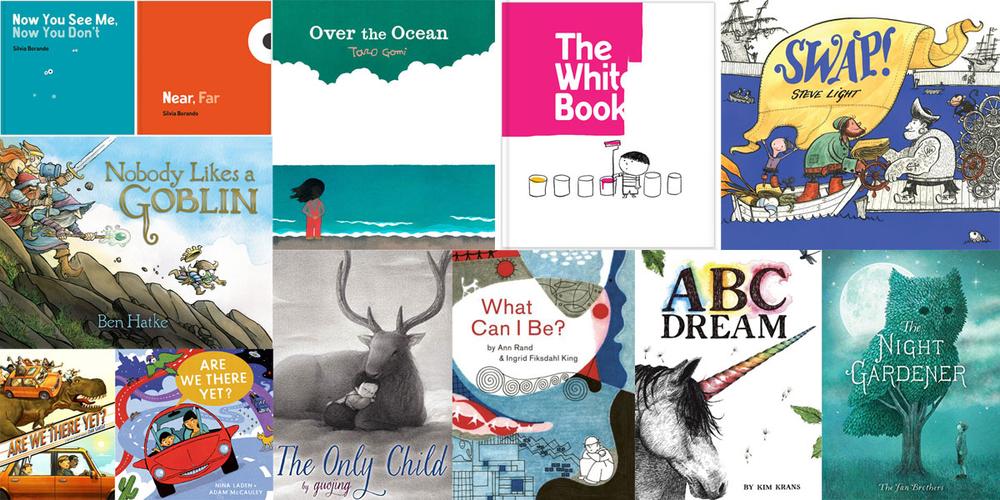