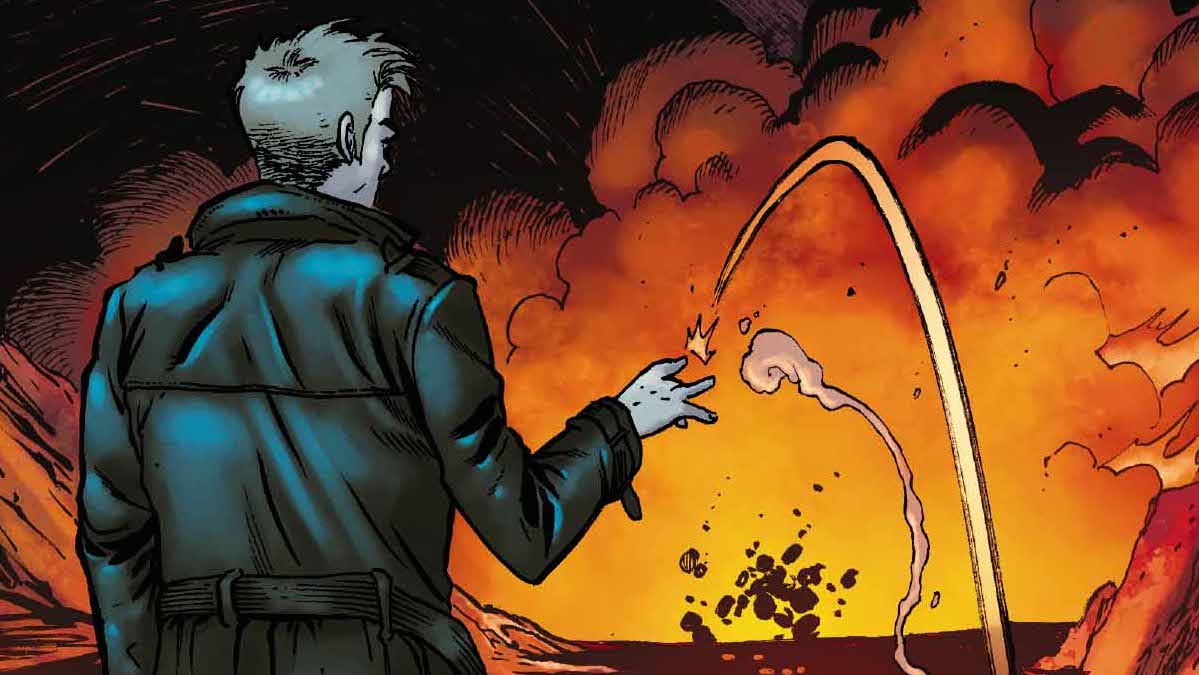 Ray: Tim Seeley’s run on Constantine – and Constantine’s solo title as a whole – come to an end with The Hellblazer #24, as John Constantine tries one last desperate gambit to free Margaret Ames from the clutches of the phantom gangster Burke Day. But as usual with Constantine, his plans involve screwing someone over and usually carry nasty consequences for everyone involved. As the issue opens, both Constantine and Huntress are at the mercy of Day, who is channeling the power of countless demons through Margaret’s body. Constantine pulls off one last, desperate move to stop him – injecting Margaret with Vampire blood, trapping Burke in the body of an undead being that can’t go into the sunlight – but condemning Margaret to the same fate. Desperate to escape this transformed body, Burke makes a deal with Constantine to trade Margaret’s body for another that’s currently available – Huntress. This feels like something Constantine would do when desperate enough, but he also has one more trick up his sleeve.

The final twist, summoning the spirit of Franco Bertinelli from the afterlife to exorcise his daughter, is clever but comes a bit out of nowhere. The visuals courtesy of the art team in this scene are fantastic. However, the best scenes of the issue come towards the end, as the demons and ghosts are banished and John is left with the consequences of what he’s done. Margaret’s transformation is not going over well, and she makes clear that she deeply resents Constantine despite his offers of help. This does remind me a lot of the ending of the Tynion/Doyle run, in that someone Constantine genuinely loves is caught up in his web and pays a terrible price. However, the end of the issue left me cold. An odd encounter between Constantine and Huntress, where she calls him out for his treatment of her and he becomes sexually aroused, leads to the oddest hookup of the series. I don’t buy this pairing at all and I think introducing it right before the end was a false note. Overall, this is a strong finale to the series with one glaring flaw.