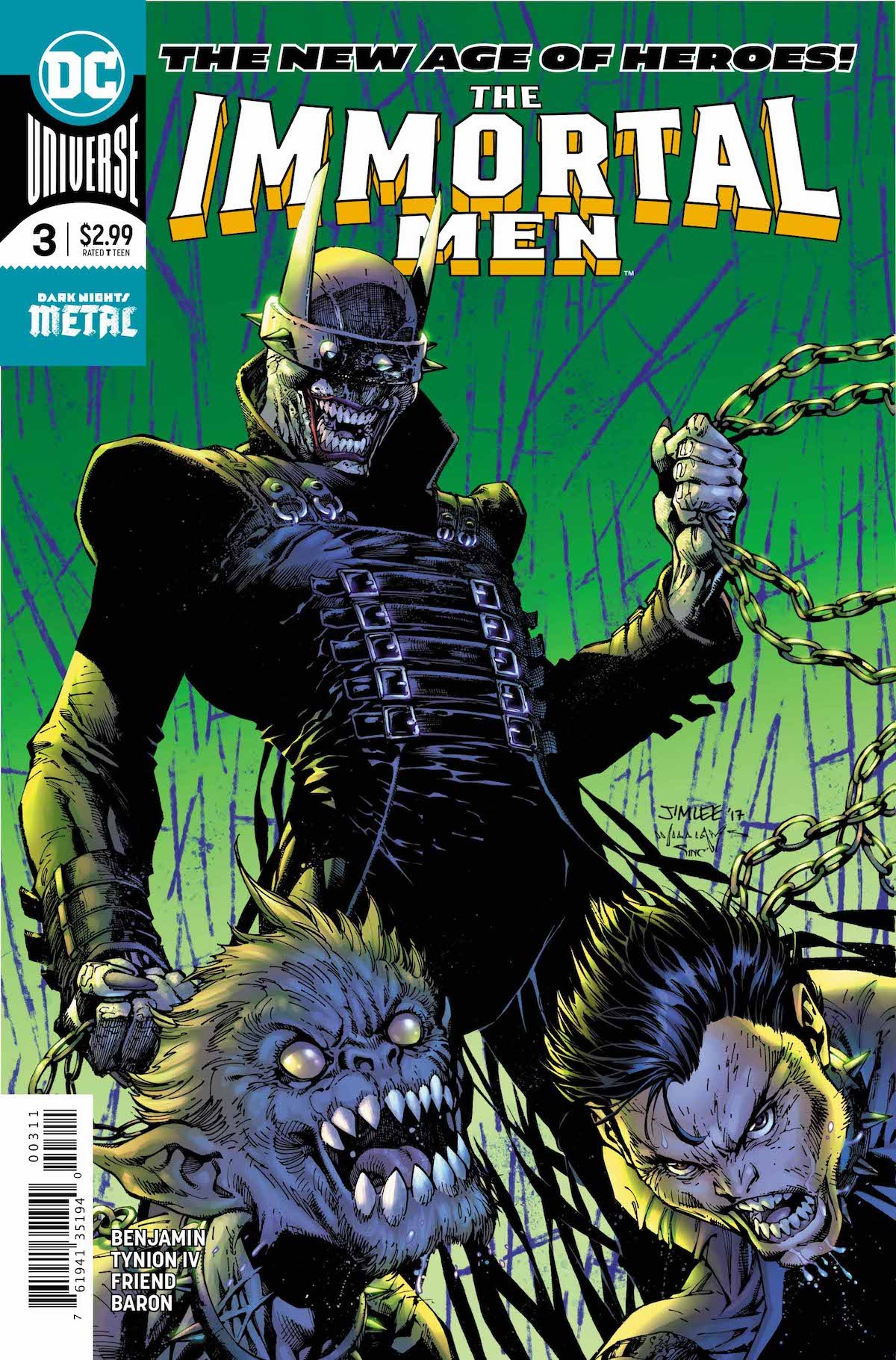 Ray: All of the New Age of DC Heroes titles have had a vague 90s vibe to them, but I don’t think any has embraced it quite as much as Immortal Men. Its team of ancient warriors in an endless war have designs and origins that largely feel straight out of the “xxxtreme” era of comics. The young POV character of Caden Park (and his bodyguard, who seems to be a bigger character than I expected based on the opening page) mostly feel like plot devices to get us into this world, but as he learns about these mysterious immortals, I do think a few of them come across as intriguing characters. This issue gives the most focus to Ghost Fist, a legendary but largely forgotten Harlem superhero who feels like he could be an interesting lead if he was given the time to develop. Sadly, shortly after his origin is teased, he’s shoved to the side so the Immortal Man, the leader of the team, can monologue to Caden about his destiny.

The issue continues to drop interesting little bits and pieces into the story, such as the presence of Stray, a strange non-human member of the Immortal Men rescued from a lab. I also loved the reveal about who Timber is and the story she inspired. It’s clear Tynion is having fun playing around with the mythology in this series, and I just wish he had taken those early issues a little slower so we could get to know the Immortal Men before the series became all about Caden. The addition of the Batman who Laughs as the ally of the Infinity Woman is clearly appealing to Tynion as he gets to write the deranged Batman again. However, I’m unsure what he or any of the villains add to the story so far. There are some interesting characters buried in this title, but I don’t feel like the plot is really doing them justice so far. An overstuffed team book with a lot of new characters doesn’t serve Tynion’s strengths in dialogue and characterization, and so far he hasn’t had the room to grow the title like he did with Detective.

Corrina: Last week, I enjoyed the craziness and confusion of The Unexpected #1 because it filtered all the weirdness through one sympathetic and interesting point of view character. That gave me an anchor into the story.

There is no such anchor in The Immortal Men. I call it salad because, like with many salads, there are bit and pieces I enjoy but stuff I also want to pull out and toss. There was a school for immortals. Caden might be one. Ghost Fist is cool. The villains show up in a cloaked spaceship. Batman Who Laughs somehow is back and…

I have no idea what to focus on, save I was enjoying the part with Ghost Fist and then the focus shifted, and I still find out nothing about Caden or the overall war, or how Caden was cloaked and…well, at the beginning one of Caden’s former bodyguards remarks on how the world has changed and he’s interesting, and then he’s gone. That kind of thing is my frustration with this series.

Too many cooks having input into the plot, perhaps? 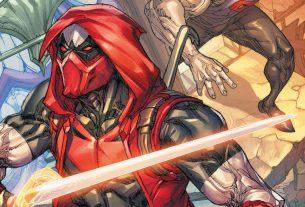