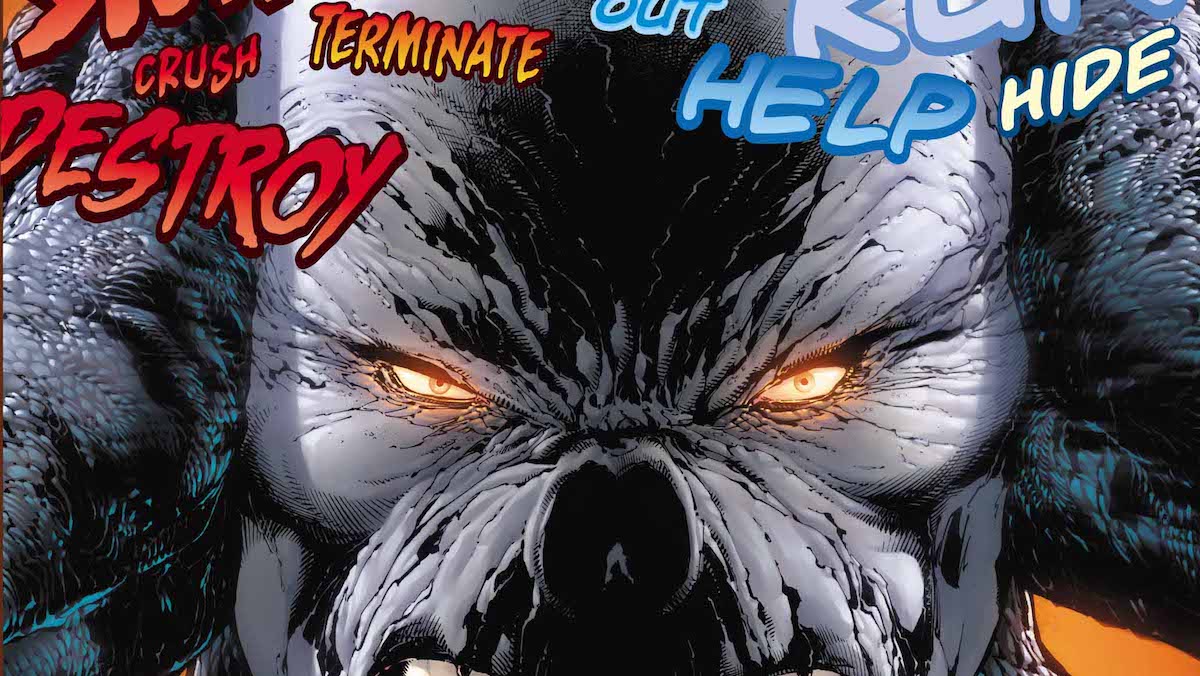 Ray: It’s never a good sign when your lead character is the least interesting thing about your series, but that’s exactly what’s going on with Damage #5. We’re five issues in, and all it’s about is him wandering between crises, shifting from rampaging beast to terrified, cringing ex-soldier. When we last left off, he was part of a crew of migrant workers that was captured by Poison Ivy as revenge for their actions against the native flora. Ivy, acting far more villainous (and looking far more green) than she did in Batman a few months back, has managed to overwhelm Damage with her vines until his powers wear off for the day, and Ethan finds himself captured alongside his friend Jose. A flashback shows Colonel Jonas’ initial test of Damage’s powers, and it’s revealed that they come from a modified version of the Hourman powers, which is a cool Easter egg. I think we’d all rather have Hourman back, though?

When Ethan wakes up, he and Jose hide out in the basement for a day, as Jose tries to convince Ethan to be a hero and turn back into Damage to fight. Ethan, as always, just wants to be left alone, but eventually gives in. What is more interesting than Ethan’s inner struggle is Ivy’s, as it seems she’s currently got a split personality going on – her human side wants to show mercy, but her green side is trying to strip the last bits of humanity out of her. The cliffhanger at the end of the issue shows that might not just be her mind – Gorilla Grodd is also showing up to cause trouble. The less said about Colonel Jonas and her goons interrogating random people, the better – her absurdly 90’s pack of villains are ridiculous, and characters like that seem to keep cropping up in this line of books. Overall, it’s a fast read that provides some decent action, but we’re into the second arc and we still know virtually nothing about Ethan. That makes it the weakest of the line so far.

Corrina: I did not have Gorilla Grodd on the “Will Show Up in the Damage Comic” bingo card. I guess his arrival is interesting except Ethan already had issues controlling himself and Damage has issues not rampaging, so it seems like Grodd’s arrival is simply to create a big knock-down drag-out monster-gorilla fight next issue.

That’s not necessarily a bad thing but, as Ray said, we’re five issues into this book and Ethan has failed to make an impression as a character whose adventures I want to follow. (Yes, I second the request for Hourman–any of the three versions!)

It also seems weird to me to have Poison Ivy under Grodd’s control (how did these crazy people find each other?) but I’m glad to have an excuse for her murderous behavior.