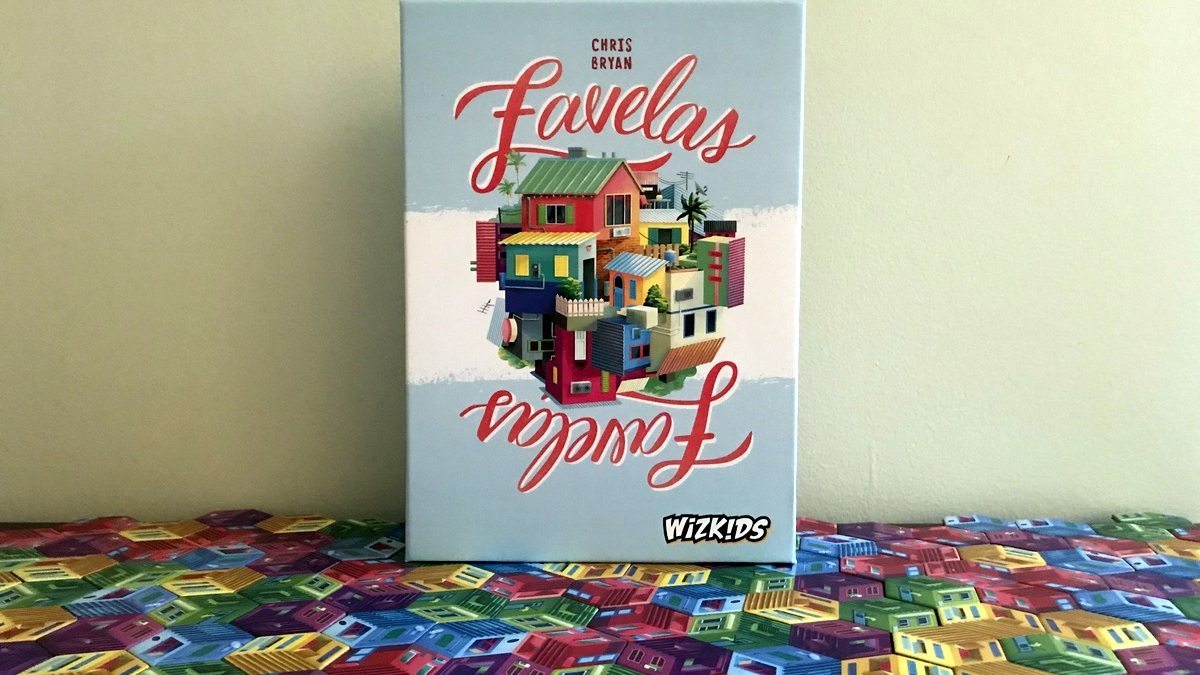 Among the famous sites of Rio de Janeiro are its favelas, urban settlements that have been built up piecemeal and unplanned, homes stacking upon each other as the population grew. Historically beset by poverty, the favelas have benefited from programs to beautify the buildings while promoting artist communities. Now, through the Favelas game, you have been offered a rare opportunity to manage a beautification project—but first, you must complete against your fellow artists to earn approval and funding from the Beautification Council.

Favelas is an abstract game of tile placement for 2-4 players, and while the instructions recommend it for ages 14 and older, the game is simple enough in its mechanics that younger kids could play—there’s no inappropriate material or anything potentially concerning for a parent. It plays in about 30-45 minutes, and retails for $33.70. The object is to acquire the most victory points over the course of three rounds by stacking Favela Tiles onto your player board to display the colors most desired by the Beautification Council—but the council’s opinion is ever-changing, so this will be more difficult than it seems.

The Player Boards and Favela Tiles consist of adjacent hexagons—brightly colored in blue, purple, red, yellow, or green—each representing a single structure within the favela. The hexagonal shape allowed the illustrator to render charming little drawings of the homes that appear three-dimensional, lending the artwork depth to simulate the idea of houses that have been stacked upon one another. The Player Boards are identical in shape but not in their color layout, giving each player a different template from which to start. There are Single Favela tiles in every color, and Double tiles in a variety of color combinations. Year End tiles are Double Favela tiles that have “Year End” written across them.

The Victory Point trackers are small wood cubes in orange, pink, dark green, and dark blue—these colors are unrelated to anything else in the game, so can be chosen arbitrarily.

The component quality is top-notch. The cardboard stock used for the Council Board and Favela Tiles is thick and sturdy; the dice—slightly larger than standard—are weighty, bright but translucent. With its radiant colors and lively little illustrations of the homes, Favelas is a beautiful game that catches the eye and begs to be Instagrammed.

How to Play Favelas

Each competitor begins with a Player Board in front of them. The Council Board should be within reach of all players, and one player rolls all the Council Dice and the clear Bonus Die and places them, with the resulting number face-up, into the corresponding color hole on the board. The face-up numbers on the dice represent the Victory Points that will be awarded to the player whose board displays the majority of the matching color at the end of the round—but the dice will be turned throughout the round as players make tactical moves to benefit their own scores. This will be further explained soon, but for now just note that each die—representing its corresponding color—begins the game with a randomly rolled point value, some high and some low.

Then, each player selects a Victory Point tracker and places it at the 0 on the scoring track around the Council Board. The track only goes up to 50 points, so each player also has a 50+ token to put out in the event they exceed that score and begin a second lap.

Shuffle all the regular Double Favela tiles face-down—but be sure to keep the Year End tiles separate during this stage. Create three stacks of Double Favela tiles, sized based on the number of players (12 for 2 players, 15 for 3, and 18 for 4). Each stack represents one round, or “Year” of the artistic competition, and scoring occurs after each round. Once the stacks are formed, shuffle a Year End favela tile randomly into the bottom three tiles in each stack. Drawing the Year End tile immediately ends the round, so this adds a bit of chance and uncertainty about when the round will finish and be scored. Set two stacks to the side and put one within reach of all players, then draw the top three tiles and lay them face-up on the table to form the visible draw pile.

On every turn, players must draw a tile and place it onto their player board, and then adjust dice on the Council Board if necessary.

The tiles must be placed entirely within the bounds of the player board, and each tile must be placed on an even level, with no empty levels under one side. Besides these rules, there are no placement restrictions—players can put the tile wherever they want, regardless of color, but must keep in mind that their placement dictates the manner in which they will be able to manipulate the dice.

Whenever a tile is placed on a matching color—whether one or both sides of a Double Favela—the player must shift the die (or dice) of that color(s) to either increase or decrease its Victory Point value by exactly 1. So, if a player drew a red and yellow Double Favela tile and placed the red hexagon on top of another red hexagon, they must adjust the red die, but can choose to add or subtract value as they prefer. If both halves of a Double Favela tile are placed on matching tiles (the red half on red, and the yellow half on yellow), both dice must be adjusted.

When players draw a Single Favela tile, they must adjust the clear Bonus Council die by 1. If they place the tile on a matching color, they must also move that die up or down by 1.

It’s up to the player whether to add or subtract value, though obviously a six-sided die can’t exceed a value of 6 or go below a value of 1. In the case of a die that holds one of those values, it can only be manipulated in one direction, 1 to 2 or 6 to 5.

Each round ends immediately when the Year End tile is drawn from the Double Favela deck, and then the round is scored. If a player drew the Year End tile from the face-down deck for their turn, they finish the turn by placing it on their player board and adjusting the Council Dice as per usual rules.

Victory Points are awarded based on the colors of the Favela tiles that are visible on the board at the end of the round (tiles which have been covered by other Favela tiles are not counted for scoring). The tiles do not need to be on the same level of construction to score—every visible tile is counted, so each player has nine possible scoring tiles even if they’re on different levels. There are three situations that award points:

During each round of scoring, players move their tracker token around the scoring track. The 50+ tokens can be set out if players’ scores exceed 50. After three rounds, the game ends and the player with the most Victory Points is the winner. In the event of a tie, the player whose tableau has the most levels wins. If that still doesn’t solve the tie, players must share victory (or, the instructions suggest, play again to establish who’s actually the best).

Why You Should Play Favelas

Favelas combines abstract strategy with spatial management in an intriguing manner—it’s a bit like NMBR9 crossed with Sagrada, as players must stack tiles upward on a defined playing board while strategically managing the colors they select so they can manipulate the dice to optimize victory points. It’s also just a gorgeous game to bring to the table.

As abstract strategy goes, Favelas is on the lighter side, easy to learn and play, and without too much potential for tactical angst and analysis paralysis. Unlike games where your options for placement become very limited as you build your tableau, Favelas has more freedom of placement—the biggest limitation is a player’s chosen color strategy. The game also creates a bit of a fresh start at every round when the Council Dice are re-rolled. A player’s luck can really turn on the re-roll, as a color they’d favored may suddenly have a low victory point value, and they must either try to boost the point value on that color or switch priorities to different colors. On the other hand, the re-roll is an opportunity to evaluate and pivot your strategy for the round. Players are a little limited by the tiles they’ve already laid, but not significantly so. This is not a game where every decision starting with the first move will make or break you.

That said, Favelas absolutely involves direct competition. It’s imperative to keep an eye on what your opponents are doing to see which colors they’re favoring, and players must strategically build out their own boards to best advantage while simultaneously messing with their opponents. It can be a delicate balance. Screwing up an opponent—by drawing a tile that would be helpful to them, or by playing a color they favor so you can decrease the value of that colored die—can work against your own board, since these actions often require you to play a color you don’t really want. Also, if you’re favoring a particular color and want to increase the value of that die, the only way to do so is by placing a new tile of that color on top of another, which doesn’t add to your visible tile count in that color (unless you’re lucky enough to draw a Double Favela tile with the same color on both sides, but those are rarer). These contradictory tactical goals make for some interesting decisions.

My only complaint about Favelas is that, in my experience, it doesn’t shine at two players—I definitely preferred it at higher player counts. With only two players, it’s easier to anticipate your opponent’s intent and attempt to counter their plans while also boosting your own points, leading to a game that’s basically an even back-and-forth. At three or four players, it’s less possible to just pick two or three colors and spend all your strategy on promoting those and demoting the others. Players have to be more nimble and responsive, because point values can change more significantly in between their turns.

Altogether, if you’d love a light game that combines confrontational play, abstract strategy, and beautiful thematic presentation—and if you’re able to regularly bring three or four people to your gaming table—Favelas would be a worthy addition to your collection. It’s available at retailers for $33.70. 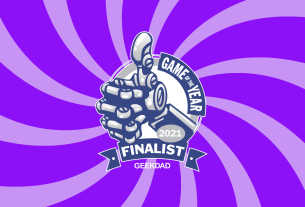 Announcing the 2021 Game of the Year Finalists 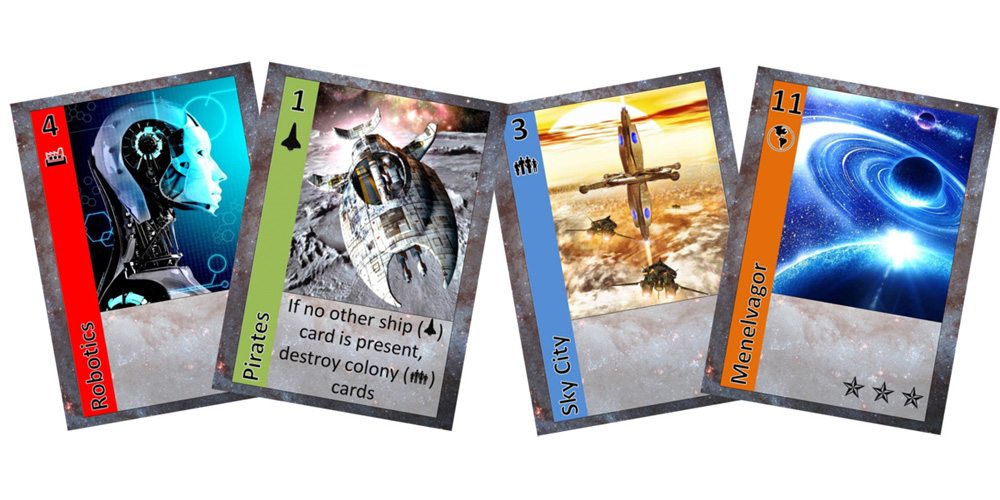