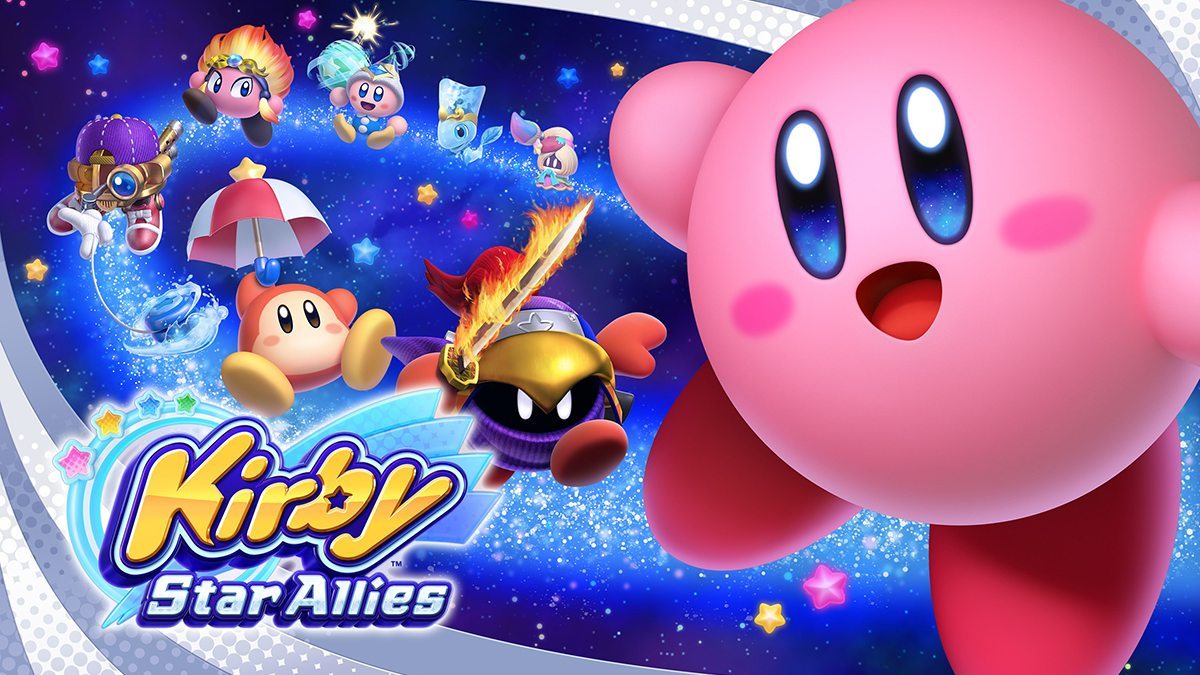 HAL Laboratory’s Kirby series is a big deal in my house. Ever since my son and I completed Kirby’s Return to Dream Land on the Wii—the first in a long line of epic co-op success stories—the titular pink puffball has practically become a part of our family. As such, we were all anxiously awaiting the arrival of Kirby Star Allies on the Switch, and what we ultimately discovered was yet another reason to love Nintendo’s handheld hybrid.

Started From the Bottom

Star Allies begins, in true Kirby fashion, with a whimsical intro video setting up Planet Popstar’s latest predicament. In this case, a sinister force shatters a magical crystal into scores of Dark Hearts, which predictably fall to Dream Land and corrupt all that they touch. Except, of course, for Kirby.

Not only does our protagonist prove invulnerable to the negative effects of this tainted heart, his uniquely adorable physiology somehow allows him to remove its evil influence from others. In game terms, this means Kirby can toss rosy pink hearts (Friend Hearts) at foes, instantly transforming them into friends.

With a Little Help From My Friends

Combined with Kirby’s traditional Copy Ability, this means that a player can easily have up to four unique powers at their disposal—one copied to Kirby himself and three more compliments of your … … friends.

Setting aside the thorny ethical issue of pummeling unsuspecting Blade Knights and Broom Hatters with mind-altering valentines, these otherwise unwilling assistants are what makes Kirby Star Allies shine. In an entertaining twist that blends together two previous Kirby series mechanics, not only do your allies assist you in your fight (a la your newfound friends in Kirby Super Star), they can also combine their powers (think Kirby Squeak Squad) for more devastating attacks, to solve environmental puzzles, and to discover the game’s ample hidden secrets.

Not every power combination is a winner, though, so it pays to do some experimenting early on and to discard your partners often as new opportunities come along. (A sentence I can scarcely believe I am typing on a parenting blog.) Still, while imbuing your Whip or Cutter Blade with the power of Fire never really gets old, more eclectic combinations are often equally enjoyable. The first time I had an ally Chilly power up my Stone Kirby, resulting in a team attack called Ice Curling, I knew I’d picked a winner.

Down With the King

Of course, there are also brand new Copy Abilities to be found in Kirby Star Allies, from the brush-slinging Artist to the top hat-wearing Spider (a power acquired from the creepy Como). As you progress through the game’s candy-colored world, you’ll also gain access to the Dream Palace and its Wheel of Fortune-style spinner that can subsequently add franchise favorites Bandana Waddle Dee, King Dedede, and Meta Knight to your growing friend group.

But even that isn’t the full extent of Kirby’s powerful posse. At specific points in the game, you and your allies will perform Friend Actions, special group moves executed by standing on a clearly designated platform. Maybe your characters will combine to form a nigh-unstoppable rolling wheel. Perhaps they’ll create a human(?!) bridge. You never really know until Star Allies calls up another delightful cutscene.

(You Gotta) Fight for Your Right (to Party!)

All of this good-natured tomfoolery takes place within the confines of what is, on the surface, a fairly standard Kirby game. That means from Kirby’s loose, languid flying maneuvers and the recurring level-ending Goal Game to its ample collectibles and multi-phase boss battles, Star Allies never forgets what it is.

However, at the same time, it also leverages the Nintendo Switch hardware to move the franchise ever forward. For example, Kirby Star Allies looks good. Really good. In fact, Planet Popstar has never looked better, and every rainbow and shimmering aurora helps drive that point home.

Unsurprisingly, this title also ably employs the Switch’s distinctly sharable Joy-Con controllers. Of particular interest is the game’s Quick Join option, which easily lets you detach and pass on the right Joy-Con, thus allowing a friend to take control of one of Kirby’s… friends by simply pressing L+R, while you continue to control the pink punisher with the left. You can even pair additional Joy-Cons from the pause screen, so a family of four can play together with minimal fuss.

Is This the End?

Kirby Star Allies is a feast for the senses, with its cohesive yet eclectic art direction, infectious soundtrack, and perfectly accessible control scheme. But even it has its faults.

You and your kids can easily blast through the core Story Mode inside a weekend of fairly regular play. (And I don’t just mean the false ending you encounter mere minutes into the game—which was, I’ll admit, a nice touch.) In fact, had this mode been Star Allies‘ only content, you’d be reading a very different review.

But that isn’t all Kirby and company have to offer. Motion-enabled mini-games “Chop Champs” and “Slam Heroes” are available from the start, with even more content unlocked after completion of the aforementioned Story Mode. Add to that the recently revealed expanding character roster (via free updates), and the game’s $60 sticker price seems more than fair.

The true draw, however, is as much about what the game delivers as how it delivers it. Computer-controlled allies generally respond in helpful, logical ways as you traverse Dream Land and beyond, making the single-player experience fun and satisfying. Similarly, its drop-in multiplayer is flawlessly executed, even on the go, making it a great travel title busy gamer families.

In short, whether you’re going it alone or with a cadre of your real-world comrades, Kirby Star Allies will not let you down. 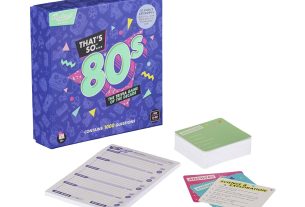 GeekMom: Reliving My Childhood With ‘That’s So ’80s’ 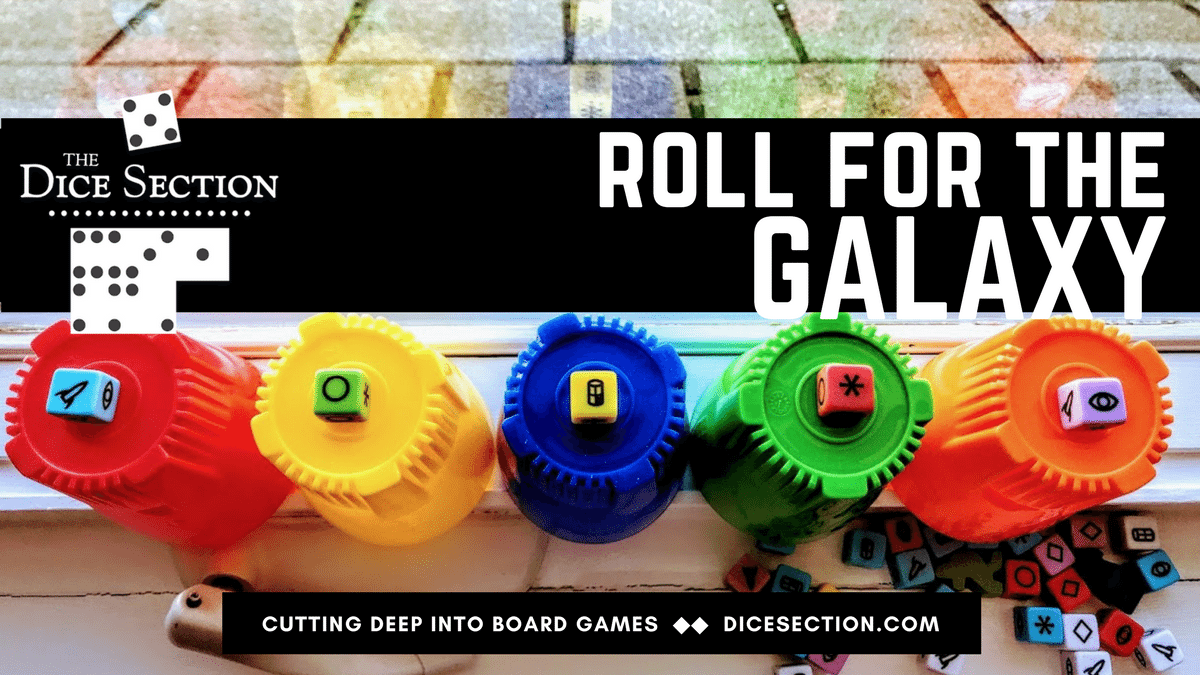 ‘Roll for the Galaxy’ Review: The Dice Section Podcast