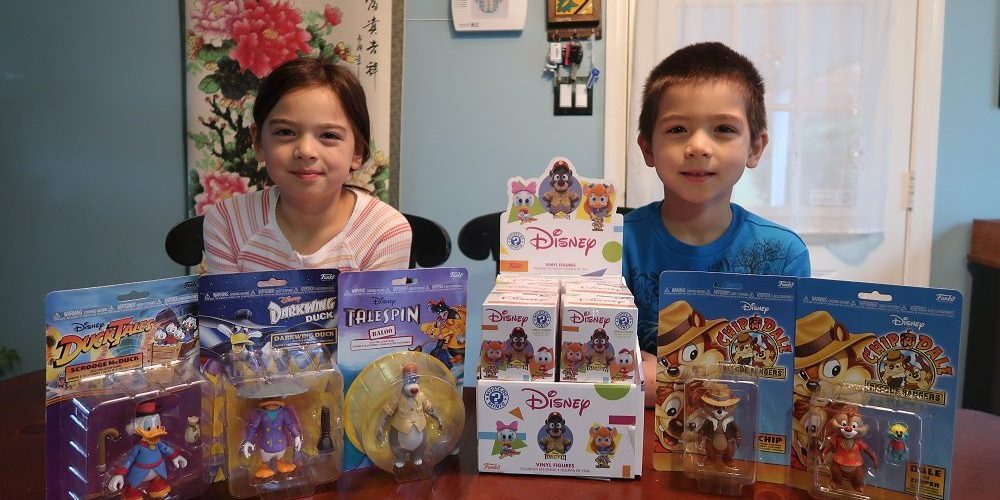 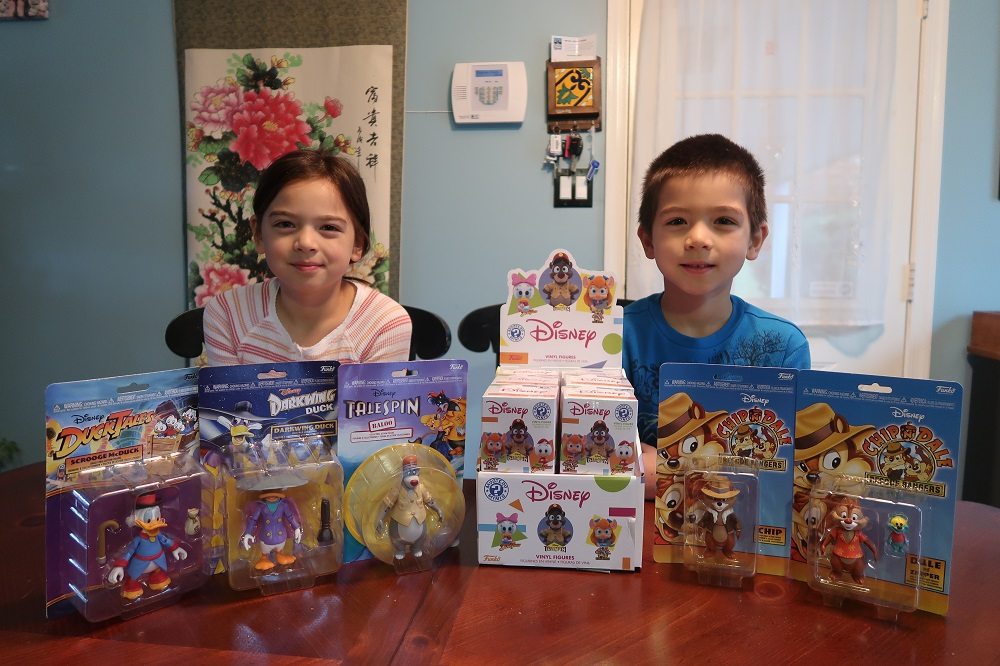 Listen, I’m a sucker for blind boxes. Always have been. It’s what sucked me into collecting the Star Wars CCG cards back in the day when I didn’t even play the game. And the current trend of blind box toys has me champing at the bit right along with the kids.

So when you combine blind boxes with the Disney Afternoon? It’s pretty much a TAKE MY MONEY type of situation. The Disney Afternoon holds a special place of honor in the hearts of so many people from my generation. Along with Batman: The Animated Series, it was a constant of my weekday after-school hours – even if it was only on in the background.

This month in The Rumpus Room, we’re tearing into a box of Funko Disney Afternoon Mystery Minis and action figures. And boy, let me tell you, these things are amazing. They’re incredibly well made, and the likenesses are spot on. I’ve never seen figures look so perfectly in line with their on-screen character designs.

The line of action figures includes Scrooge McDuck, Darkwing Duck, Baloo, Chip, and Dale (with Zipper). The Mystery Minis include 15 different figures (plus 9 store-exclusive figures for Toys R Us, GameStop, and Hot Topic).

All of the characters come from the four most classic Disney Afternoon shows: DuckTales, Darkwing Duck, Chip & Dale Rescue Rangers, and TaleSpin.

Noticeably absent, however, is Gummi Bears. There are also a LOT of missing characters for potential future releases, so here’s hoping there’s a Series 2 with Don Karnage, Rebecca Cunningham, Gyro Gearloose, Gizmoduck, Flintheart Glomgold, the Beagle Boys, and all the Gummis. I would buy the heck out of them.

Without further ado, here’s our unboxing with a closer look at all of the action figures and the 10 different mystery minis we pulled out of a case… 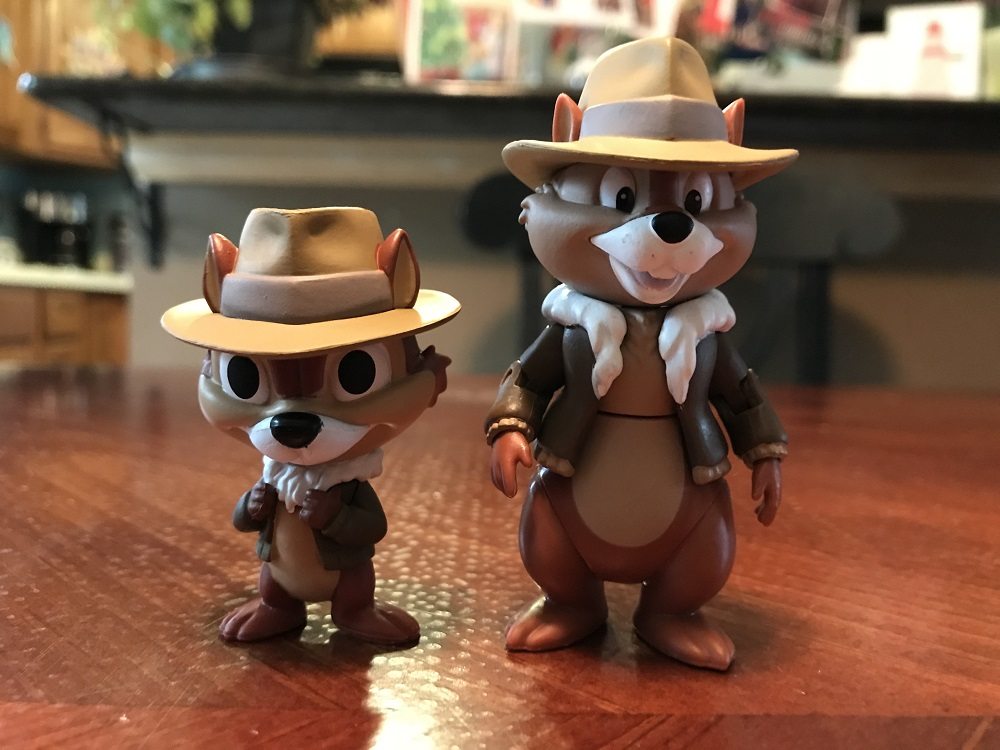 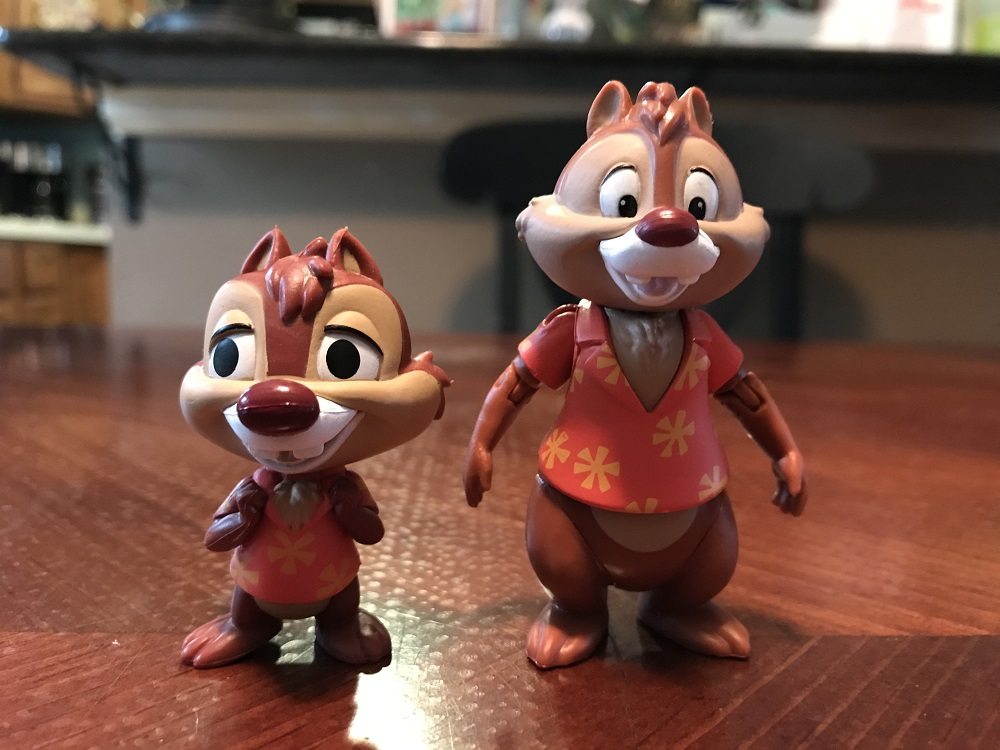 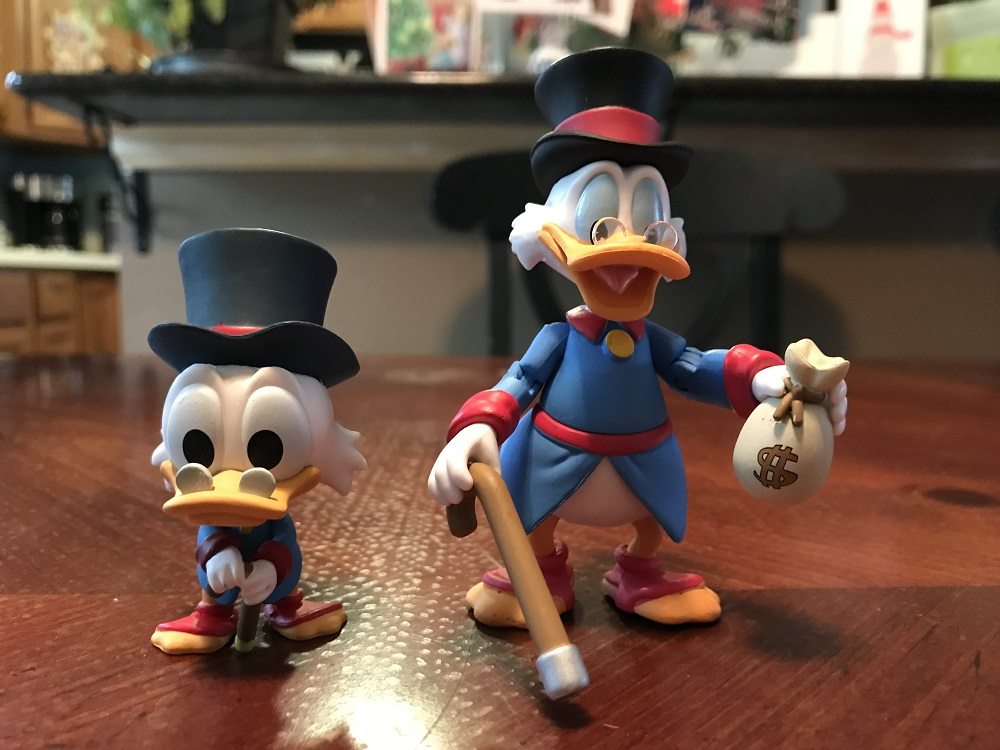 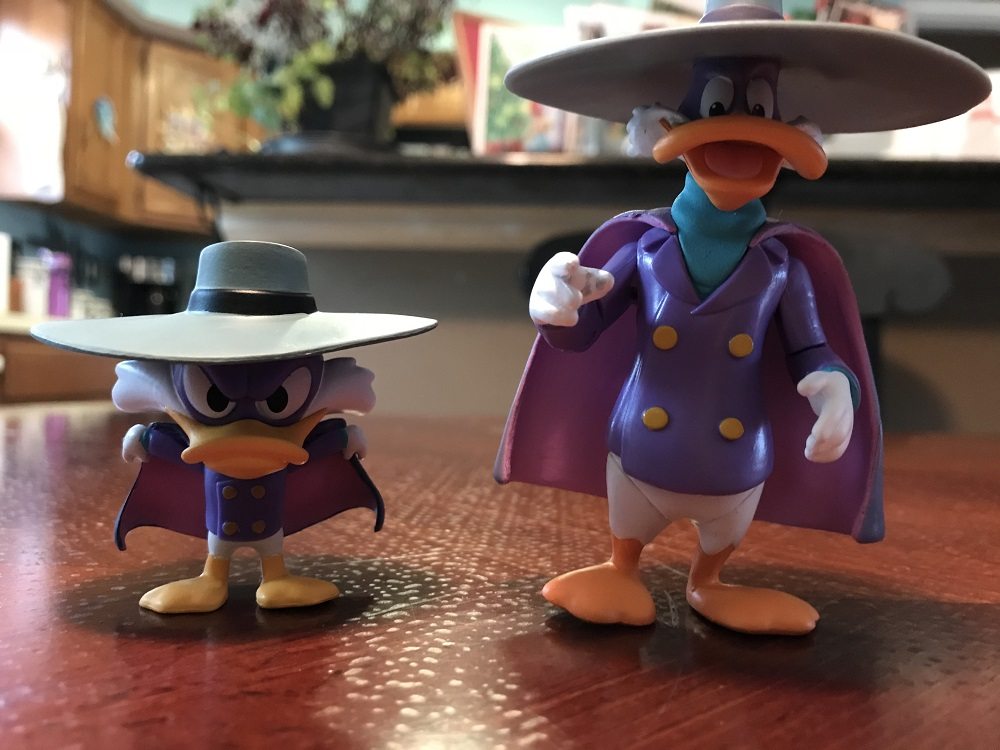 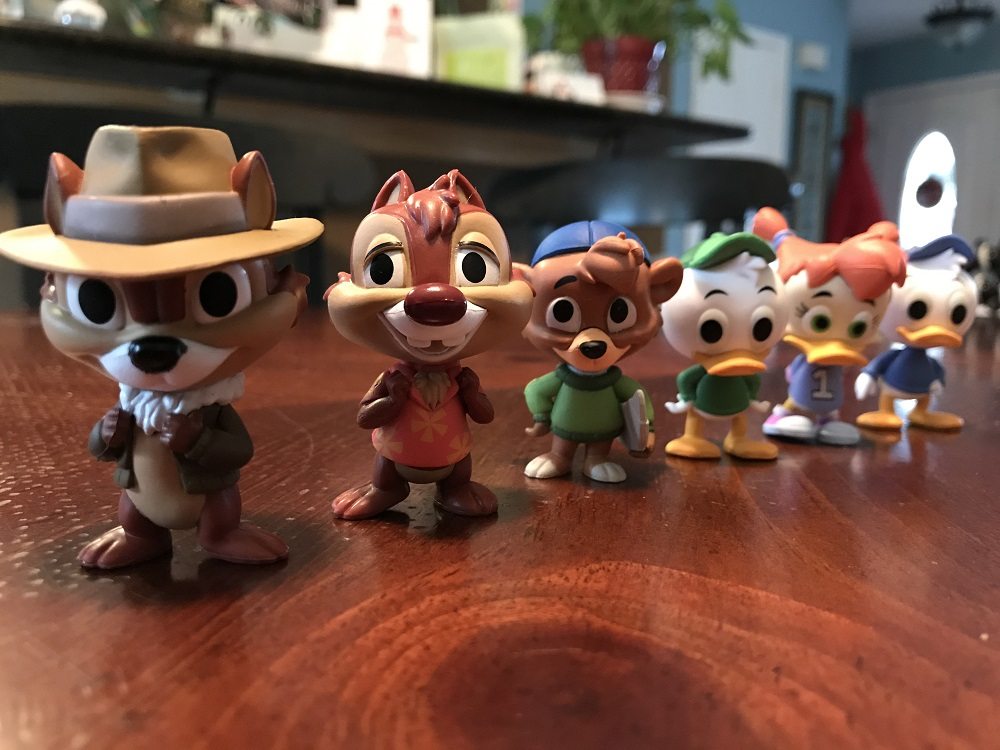 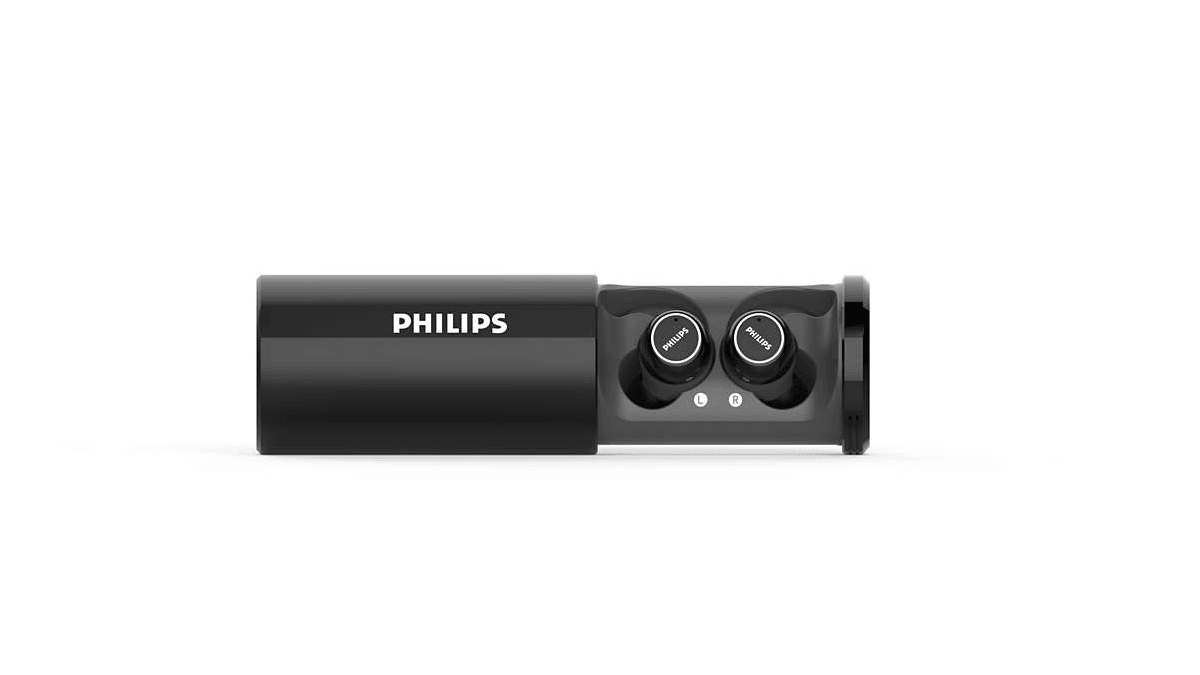