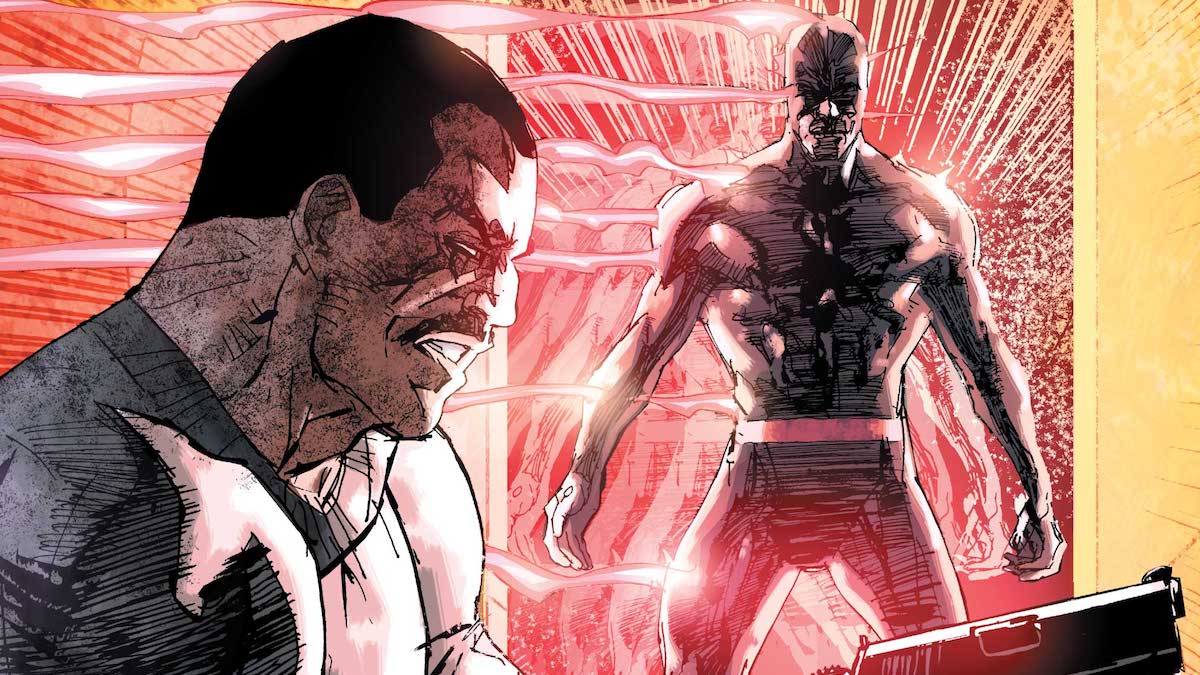 Ray: “Deathblow Kills the DC Universe” is one of the oddest concepts I’ve ever seen pitched for a comic, and yet somehow Bryan Hill has managed to take it and spin it into gold with Wildstorm: Michael Cray. Turning Michael Cray into a morally conflicted hitman who may be dying or may be evolving into some sort of higher being, and then setting him up against twisted versions of the DC heroes, has turned this into one of the most consistently entertaining books DC is putting out. If anything, it feels closest in tone to Priest’s Deathstroke, although they obviously take place in different worlds.

This issue continues the story of Barry Allen, the twisted take on the Flash, as he and Michael form a brief, uneasy alliance. Barry represents a very specific type of evil – while Oliver Queen was the idle, sadistic rich using poor people as playthings, Barry is a primitivist, fetishizing “the old ways” and using that to justify terrorism.

After Michael convinces him that they’re on the same way, and confers with Homa on his increasingly strange condition, he has to get his team on board with his plan to use them as bait to lure Barry into the open. The team is…not on board. I like that Hill isn’t quickly papering over that these people aren’t friends – there’s a lot of distrust here that isn’t going away, and Cray is forced to rely on intimidation and a clever display of his powers to get a particularly recalcitrant team member back on board. But this is all a pretext for a great final showdown as the team figures out how to use Barry’s powers against him and deliver another brutal end to a sadistic villain. But this series isn’t done yet, as the ending page previews yet another monstrous (literally) take on a DC hero. Thus far, this has taken a universe that wasn’t quite working in the main book and turned it into something genuinely unexpected and thrilling.

Corrina: It has occurred to me that this comic is slyly subversive, as it features a black man with his own set of principles assassinating evil white male vigilantes who are normally protected by their wealth and a system set up in their favor.

I’m not sure that’s what the creative team intended but I like the resonance that this subtext adds to the story. It reminds me of Denzel Washington’s Equalizer, in which a black man protecting women and people of color stood up to corrupt white male cops and the Russian mob to keep his neighborhood safe.

However, none of this would work without the excellent characterization of Cray as a violent man who’s more of an anti-hero than a villain. He is reminiscent of Priest’s Deathstroke, in that he ponders the effects of living this kind of life. (And it indicates Hill would make a fine choice to follow Priest on Deathstroke, should Priest ever leave. I would also like to see Hill write a Batman comic and use Gotham’s canvas.)

Back to the comic at hand: there are betrayals and double betrayals here, some by our hero, but it’s easy to follow why Cray does what he does, even when he endangers his team. The subplot simmering about his unusual powers is starting to take precedence and I suspect it’s leading him to finally being able to take on more powered villains. We’ll see.