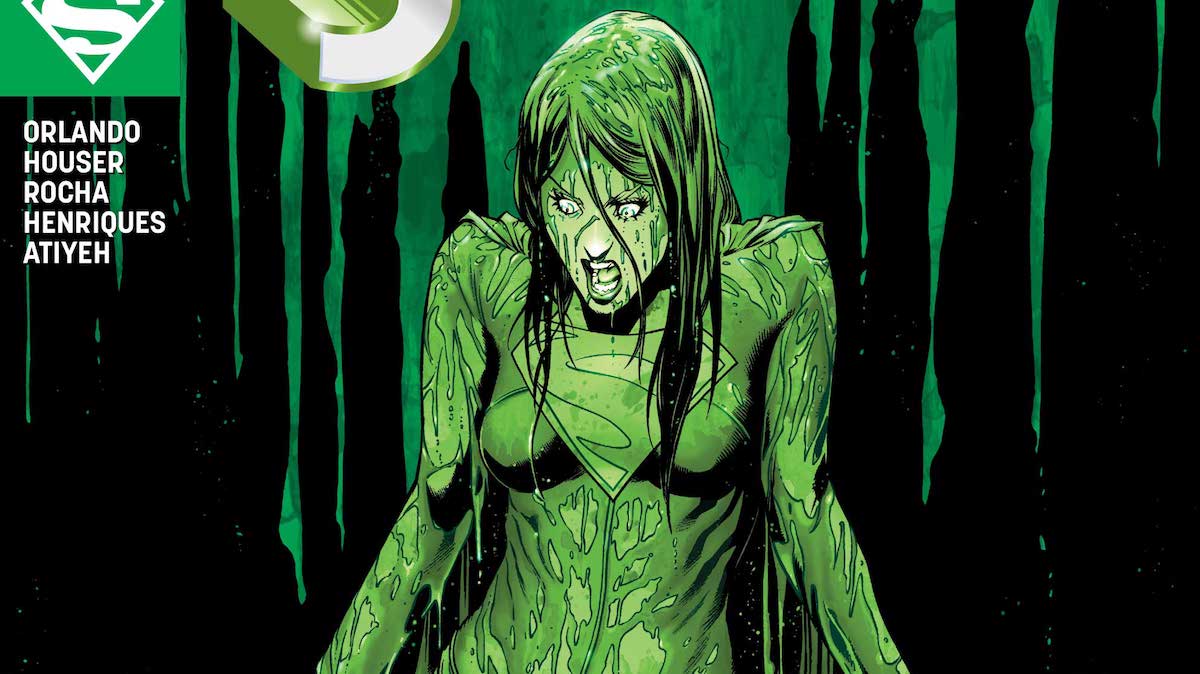 Corrina: Supergirl Not a Hero?

Ray: From the striking cover of Supergirl #17, with the Girl of Steel covered in what looks like Kryptonite liquid in a homage to the famous prom scene from Carrie, it’s clear that this take on Supergirl is determined to keep its story grounded in Kara’s literal alienation from the rest of her peer group and arguably humanity as a whole. That’s a very strong move, as it makes her more relatable than ever before. This current storyline has been busy to say the least, with new arch-nemesis Director Bones determined to get Supergirl in his custody and releasing countless brainwashed Supervillains to hunt her down. The latest is the ruthless Starshame, who brings with her a history of alienation of her own, expelled from her home planet for “crimes” that included simply not fitting in. But despite her ruthless actions nearly killing hundreds of people on a cruise ship, Kara is as determined to help her as she was past villains. The issue is stronger in the latter half, as Kara decompresses from her later battle and tries to find some semblance of normalcy.

The way she’s torn between her super-life and her civilian life reminds me a lot of Spider-Man, complete with the part where she’s expected to help destroy her reputation in her job as a journalist. But there’s some very interesting subtext that’s formed in this series since Houser came on board, with Kara’s alien status making her the subject of a witch hunt. The DEO’s even infiltrated her school, conducting random checks of students to try to find hidden aliens. Reminds me a lot of X-Men. But I did like the nuance of having the agent stationed at Kara’s school be conflicted, with a positive history with Supergirl. Kara’s awkwardness with her friend/potential love interest Ben centering around a school dance was a nice touch, although another random new villain showing up at the end felt a bit repetitive. I’ve been invested in this character for a long time, and this is the first time since the early parts of Sterling Gates’ run that I’ve felt her title was hitting on all cylinders.

Corrina: Ray names two other comics (Marvel properties) that Supergirl reminds him of in this issue. He considers that a good thing.

I’m less certain that it is. The “world is against our hero but they’re a hero anyway despite the hatred” plotline is something I’ve been reading for many years. To make this use of it rise above the norm, I’d need something more from Director Bones than just “all beings with superpowers are dangerous.”

Yes, the best way to protect people in the regular world from being hurt by people with superpowers is to release supervillains who hurt people. That makes zero sense and makes Director Bones a frustratingly one-dimensional villain. And,  yes, it makes me throw up my hands at this trope. (Which is, not incidentally, also being used in Orland’s Justice League of America.)

The characterization of Kara is strong. Her school setting is strong. Yet I feel as if we don’t see her settling into any of it. Instead, as she has done in her comic for the past year, she keeps trying to prove to everyone who hates her that, hey, she’s really nice. I want a new angle. 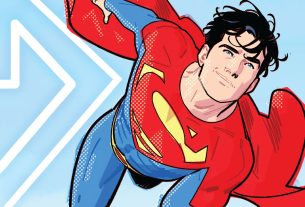