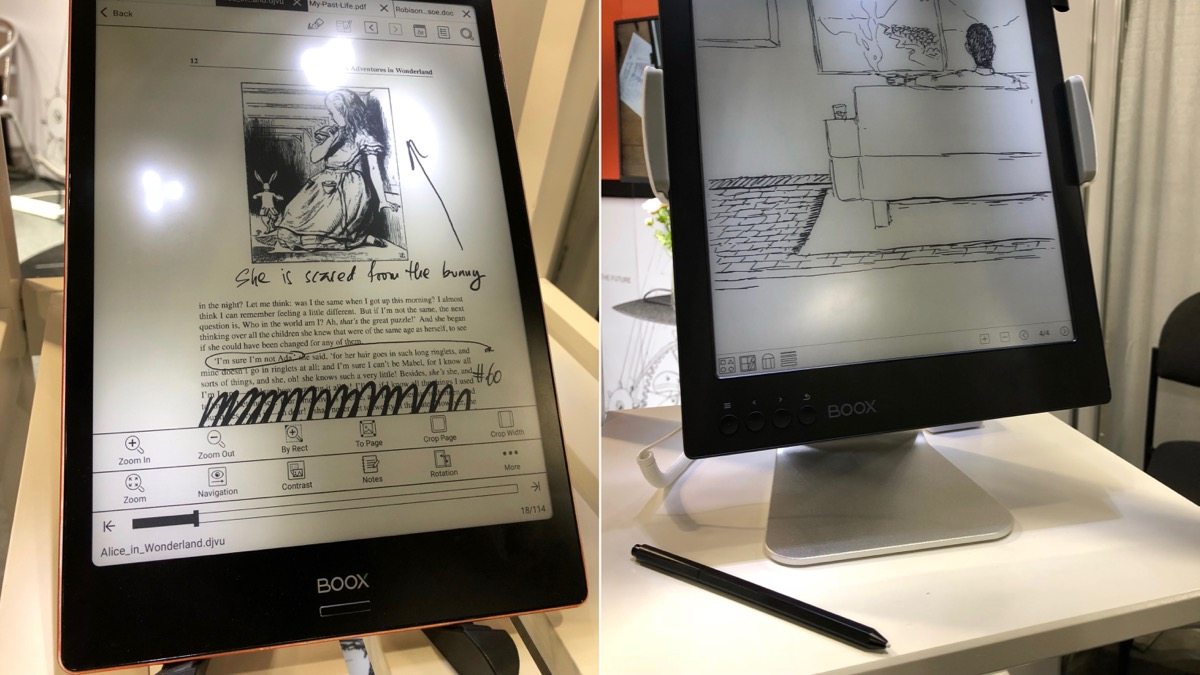 My last day of CES was a little less populated and chaotic as the previous three days but still very interesting. Three highlights of the day include two items that can help make you safer on the roads and one that brings a whole new dimension to the e-reader market.

My first appointment of the day was to meet with Irene McAleese, the co-founder of See.Sense. See.Sense developed a rear bike light with artificial intelligence after its inventor, Phillip McAleese, got tired of hearing the same phrase over and over again…”Sorry mate I didn’t see you.” The current product offering from See.Sense is the ICON and yes you heard me right, this light has artificial intelligence. Why on Earth would you need artificial intelligence on a bike light you might ask? The main purpose for the AI is to keep you safe by detecting potentially dangerous situations on the road and reacting to them. For example, if you are approaching a dangerous stretch of road (like a roundabout) the ICON light will detect this and increase the brightness of the light and start flashing at a faster rate to get the attention of any cars near you. The light does the same thing if you are being approached from behind by another vehicle. This is one impressive little light and I can’t wait to try out the ICON light that Irene sent me home with. A full review will be coming soon here on GeekDad. See.Sense also has a set of new lights coming out this summer (both front and rear) that have even more features than the ICON, so more to come in the near future from See.Sense.

My next appointment also had to do with road safety. I met with Antoine Nantet from RoadEyes. RoadEyes has a line of front facing dash cameras for cars as well as a rear-facing camera. What makes these camera different from other cameras on the market, at least in my opinion, is two key features. The first standout feature is that the camera can be accessed via Wi-Fi, so if you just want to connect to the camera and grab a small section of footage you can do it quickly and easily without even touching the camera. And that leads to the second unique feature…social sharing. There are all kinds of reasons to have a dash cam but most of those reasons tend to be negative because they involve accidents. But most of the time while you are driving you aren’t involved in any kind of dangerous situations and in fact you come across some very interesting and beautiful things. In fact, while driving to the Orlando airport I saw a coyote walking along the side of the road in the early morning hours and I have never seen one before in Florida. The Roa Eyes line of cameras lets you use a connected phone app to quickly and easily edit and share these unique encounters (once you get where you are going and safely park of course). I was really impressed with the features of the RoadEye cameras and the ease of use of the app, making this a camera to consider if you are in the market.

My final appointment for the last day of CES was with Rita Zhou, who is with Onyx International who is coming out with a two new devices for their line of e-readers called Boox. The Boox e-readers run the Android operating system and works with pretty much any reading format you can throw at it including Kindle (thanks to being able to run the Kindle app). But what really drew my attention to the Boox line of e-readers was a feature that is missing from nearly all other dedicated e-readers out there…the ability to take hand written notes on the device. I like to highlight passages in books as I read them and scribble down a short note about my thoughts of a particular passage and up until now if I was doing this on a Kindle device I had to take notes on a separate device or notebook. Now with the Boox line of e-readers you can highlight passages, annotate with typed text or take hand written notes all on the same device. You can then wirelessly transfer those notes out to your device and system of choice. The largest of the Boox e-readers even has the ability to be a second monitor for your computer and all you need to do is plug-in an HDMI cable. I’m really looking forward to getting to try out one of these Boox e-readers when they are released (one of them, the Max 2, will be available on Amazon starting next week). We hope to bring you a review here on GeekDad soon.