Cosplay Family Spotlight is a new recurring segment where I interview and spotlight a cosplay family. This week, I interview The Scherm Family, who, you will see, are all about the Star Wars cosplay.

GeekDad:
How many members of your family are involved in cosplay?
Scherm Family:

GeekDad:
How did you and your family get in to cosplay and prop/armor making? Did one particular member start it or did you all jump in together? What was your first cosplay?
Scherm Family:
It all really started during the Star Wars Celebration II. I went to a panel on Boba Fett cosplay, now known as The Dented Helmet. I joined the group and started gathering all the information and parts I could. It wasn’t long before I realized that Boba Fett was probably way too hard for my first costume. I then went on to a Blackhole Trooper or TX. I was able to join the 501st Legion with that costume in 2008. I have since completed a Stormtrooper, Clone Trooper, and both versions of Boba Fett. My children started costuming in 2007 for Halloween. They shared best in show at our local trunk or treat for their Jango and Boba Fett costumes. In 2014, I purchased a child size Stormtrooper from Walt’s Trooper Factory and had it built to fit my daughter. She then became AZ Mini TK. After seeing all the fun she was having at the Phoenix Suns and Arizona Diamondback games, my oldest son said he wanted to get involved again, and my youngest was now big enough to wear the Boba Fett costume. I purchased a Shadow Scout kit, again from Walt’s Trooper Factory, and built it utilizing the 501st Pathfinders website. All three kids then joined the ranks of the Galactic Academy, which is the 17 and under wing of the 501st Legion. The last one to join in was my wife, Cassandra. She finally gave in and allowed me to fit her into a Tie Pilot costume last year. Before that, she was our wrangler at different events and took all the pictures. Last year’s Phoenix Comicon was the first time all five of us cosplayed at the same time.
GeekDad:
Do you have a favorite cosplay of yours? A favorite group cosplay you’ve done as a family?
Scherm Family:

I really like my Shocktrooper. It was the hardest one to actually assemble, and the paint job was challenging, to say the least. However, I have more mobility in it than I do in my TK or TX. Cassandra agreed to the Tie Pilot due to the fact that she can still sit down and climb stairs with no problems. When I wear my Stormtrooper, stairs become my worst enemy. Maximus’ favorite costume was his Shadow Scout. Unfortunately, he seems to have outgrown the kid’s sized costumes now. He can still wear his Kylo Ren costume if he chooses. Leneah loved her Stormtrooper. She would outlast almost every other costumer at different troops we went to. She, unfortunately, has outgrown that costume and is now happy with her TIE Pilot. Darius just loves Fett. Anything Fett. Whenever we troop and there are other Mandalorians there he will always congregate with them. He steals all their thunder as everyone wants to take a picture of the Mini Fett.

GeekDad:
Speaking of group cosplay, do you always try to cosplay together? Or do you all do your own thing?
Scherm Family:
We generally try and do most troops together as a family. If I’m on shift there has been a few times the rest of the family has gone out without me, and I have also done a few Hospital Troops without the kids as they would not be allowed in due to policies.
GeekDad:
Do you have a favorite piece that challenged you?
Scherm Family:

Again, I think building out the Shocktrooper was the hardest for me. I have always had some great help from Mike Culp, who is in the Dune Sea Garrison as well. He is masterful when it comes to building kits. The 212th Battalion Clone for my youngest son was challenging as there were no instructional videos or picture to draw from. It was also challenging for him to wear as he was not used to being so restricted while walking. It was fun to watch him waddle for the 1st hour trying to figure out how to walk in it.

Most of the kits that I have are ABS and only need to be trimmed to fit and glued together. This has been the case for both the adult kits and child kits. Darius’ Boba Fett jetpack is made out of foam that I cut and glued using templates on The Dented Helmet. My wife is the seamstress in the family. She has been able to modify all the jumpsuits and undergarments that we need. She has also been able to help many others with their costumes as well.

GeekDad:
It’s been awhile, but I used to do quite a bit of scale model building, and I see a lot of similarities in techniques between small-scale building and prop and armor building. Have you ever done any scale modeling or smaller scale builds?
Scherm Family:
I grew up being a member of Revell’s modeling group. I would receive a new model each month. This was when I was 5-6 years old until maybe 12 years old. I’ve always been one to attempt to build and paint each model to the exact pictures on the front of the box. This has helped with my weathering techniques with the costumes. Building models also showed me the patience required to do the job right, not necessarily quick.
GeekDad:
Most of our readers are parents and, like me, want to share their geeky interests with their kids. I’ve been doing father and son cosplay with my son since he was born. Do you have any suggestions on how parents can get their kids interested and involved with cosplay and fabrication?
Scherm Family:

With my own children, I was able to get them involved in Star Wars at a young age. With the new movies coming out we have been even more excited lately. I gave them the choice of trooping with us. At first, they chose not to, but after seeing the fun that could be had they all joined in. After that, it was just a matter letting them decide what costume they wanted to troop in. My oldest son is now asking my wife to make him a Link costume from Zelda, and my daughter wants to be part of the new Inferno Squad TIE Pilots from the Battlefront II game.

GeekDad:
Something along the lines of “Being a geek isn’t about what you love but how you love it,” is sort of the new geek mantra. Do you have anything, besides cosplay, that you consider yourself a geek about?
Scherm Family:
My youngest son Darius is a car geek. He knows each and every NASCAR and the drivers, sponsors, and how many wins they have. He actually learned his numbers by playing with NASCARs. Now he plays Forza games and can tell you the horsepower and torque of almost every car out there. It is quite astonishing, really. Leneah is into Minecraft. She will play that game as long as we let her. We once caught her under the covers of her bed in the middle of the night playing. Yes, she was grounded from her phone after that. Maximus is into all video games. He loves Halo, COD, and Mario Kart. I can’t even play him anymore as he just takes me to school nowadays. Both the wife and I geek out for our family. We love doing things as a family–swimming, camping, boating, or cosplaying. Anything we can do together, we do.
GeekDad:
What upcoming conventions do you have on your schedule that people could see you at?
Scherm Family:

We just finished the Phoenix Comicon last week. We are going to try and sign up for the Diamondbacks Star Wars Day that is later this month. We are planning on hitting the Tucson Comic-Con and Casa Grande Comic-Con later this year. If the Star Wars Celebration ever comes back to Anaheim or the West Coast, you can bet we will be there. 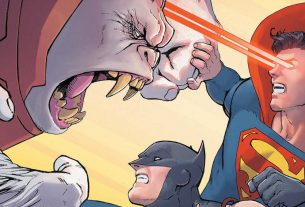