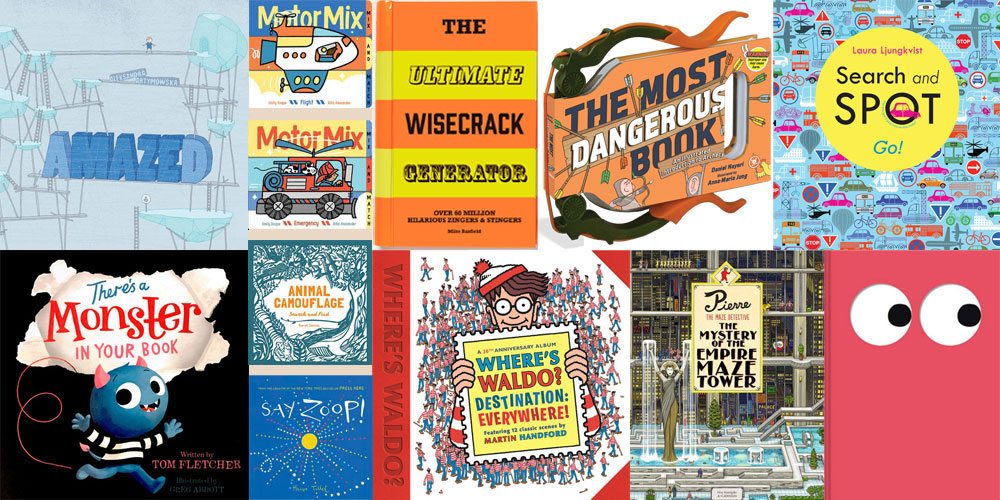 Today’s Stack Overflow is all about interactive books: books with flaps to mix and match, mazes to solve, and hidden objects to find. These titles get kids to interact physically with books up close!

Snowplow, ambulance, helicopter, boat—all of these emergency vehicles and more get mixed and matched to create new mash-ups in Motor Mix: Emergency. Each page of these board books have three flaps: the left side shows a picture of a vehicle, and the right side has some simple text, including some sound effects. The police plane says “I am soaring / Wa-OO screech Wa-OO / through the sky” but you could easily turn it into a plane-ambulance-boat: “I am soaring / wooo-OOO-eeee-OOO / across the water.” Motor Mix: Flight is the same idea, but with all sorts of flying vehicles, from hot air balloons and blimps to rockets and planes. 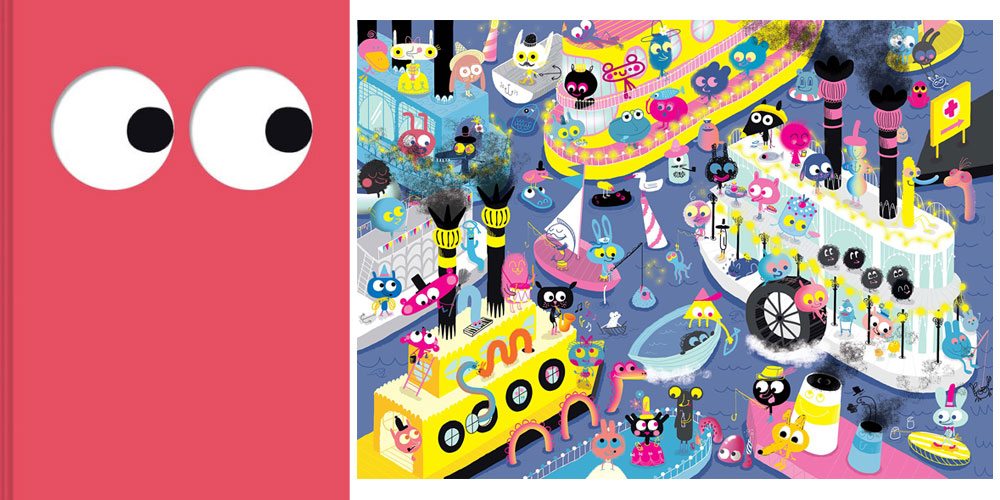 Find Me: A Hide and Seek Book by Anders Arhoj

This book features two little foxes playing hide and seek. They can change color to match their environments, but you can recognize them by their hats and shoes. Aside from the introduction, there’s no text: just big, two-page spreads of big crowded scenes, and somewhere in there, the two foxes. The illustrations aren’t quite as complex as Where’s Waldo?, so the book is more appropriate for younger kids, but there are still plenty of fun details and crazy creatures in each illustration. The book also has a clever structure: at the beginning of the book, the blue fox runs off to hide while the red fox counts. At the end, they play again and the red fox runs off to hide—at which point you flip through the book backwards. 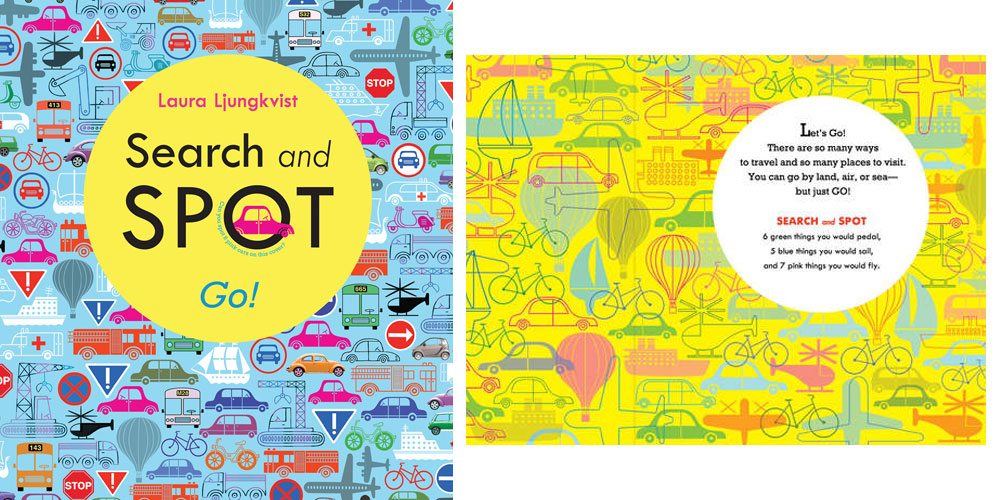 My daughter really enjoys hidden picture books, and the Search and Spot books have been a fun treat. Each spread has a list of various things to look for in this book filled with vehicles, traffic signs, and cityscapes. There are also four missing shoes somewhere in the book—see if you can spot them! 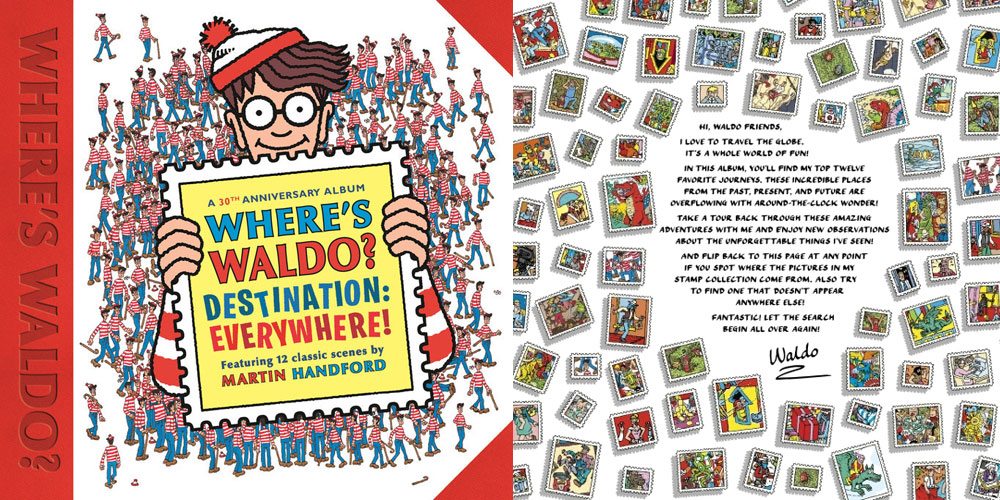 Where’s Waldo? is 30 years old now, can you believe it? This book celebrates the anniversary with twelve favorite scenes, though with some new twists. You’re still searching for Waldo and his friends, plus Odlaw, along with each character’s object. And, there are Waldo-Watchers everywhere, too. But you also have some new surprises: some additional mini-scenes to find, or differences to spot, or silhouettes to identify. At the beginning of the book there are a bunch of postage stamps—each scene is pictured somewhere in the rest of the book (except one—can you figure out which one it is?). Finally, at the back, there are checklists for each picture with additional things to look for. There’s a reason Where’s Waldo? is the iconic search-and-find book: the illustrations are overflowing with fun details, and kids (and adults) can spend hours looking for all the things hidden throughout the books.

The Most Dangerous Book: An Illustrated Introduction to Archery by Daniel Nayeri, illustrated by Anna-Maria Jung

The Most Dangerous Book is both an actual book about archery—the physics of bows and arrows, stories and legends about archery, and different types of bows and arrows from around the world—and also a toy (or weapon, depending on how you look at it). The book has a bow built into it: the arms of the bow unfold, and you have paper arrows that you can punch out and fold to launch. Technically (as the book admits) it’s more of a slingshot than a bow, because the arms don’t flex to store and release energy, but there were some obvious limitations to turning a book into a bow.

The text is kid-friendly and there are a lot of really fascinating stories about archery, and the illustrations are cartoony—otherwise the scenes of famous archery battles would be a bit too gruesome for a kids’ book, probably. Certainly, though, the biggest appeal of the book is using it to shoot at the provided targets (and not, of course, at other people). 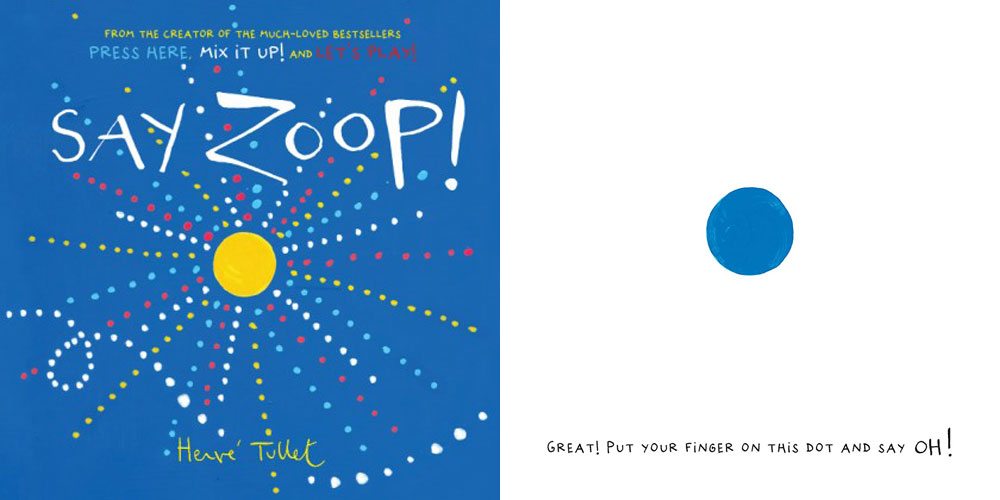 Tullet has many picture books that encourage the reader to interact with the colored dots and images, like Let’s Play! and Press Here. Say Zoop! is the latest in this line. It starts off simply: you push the blue dots and say “Oh!”—big dots make loud noises and small dots make quiet noises. Then there are red dots that say “Ah!” Then there are squares that sound like robot voices, or bouncing dots on a trampoline, or dots that make a song. These books get kids to interact with the pages, physically touching the images and learning to put sounds and meaning to symbols—a precursor to reading. 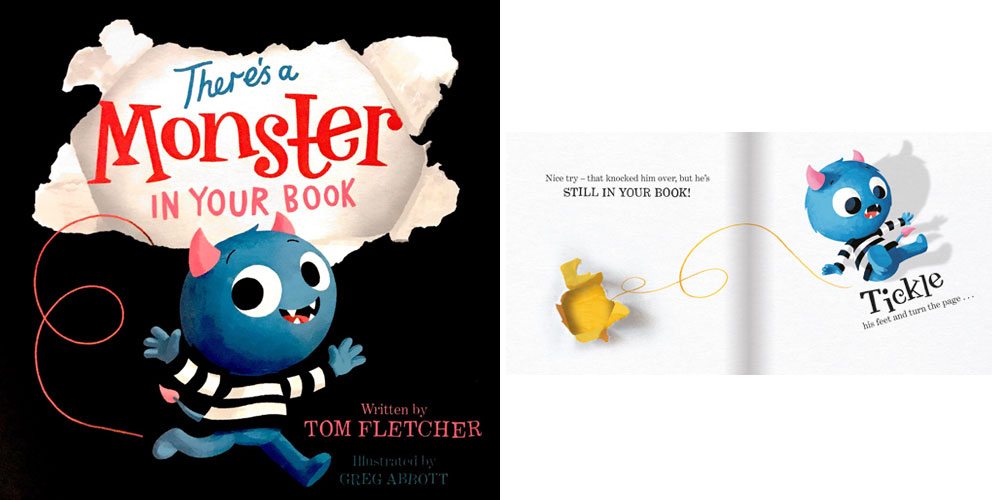 There’s a Monster in Your Book by Tom Fletcher, illustrated by Greg Abbott

Here’s another book that gets kids physically interacting with the pages, though with a little more of a story. There’s a little blue monster in your book, munching on the pages: how will you get him out? Throughout the book, kids will shake, tickle, tilt, spin, and shout at the book, while the monster reacts to all the craziness that’s happening. But what happens when you finally get the monster out of the book? 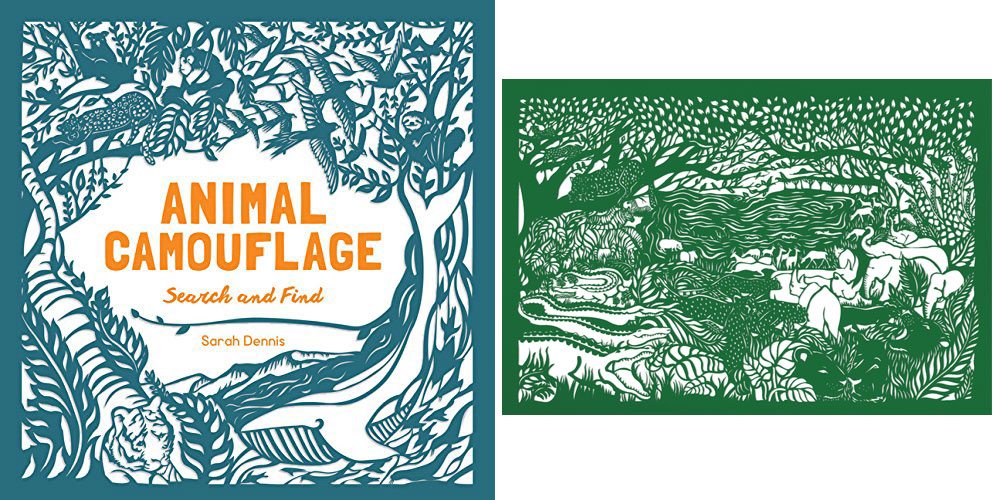 This book features seven different regions of the world, each populated by a variety of animals. Each region has a section that describes the animals, and then a two-page spread that shows the whole scene. The pictures are beautiful cut-paper illustrations, and the animals are often just depicted in their habitat—but because the single color of the paper makes the backgrounds and foregrounds flow together, it helps to hide the animals in plain sight. It’s not quite as hard as some other search-and-find books because the animals aren’t hidden in strange places, but it does help to demonstrate how patterns can help camouflage them. 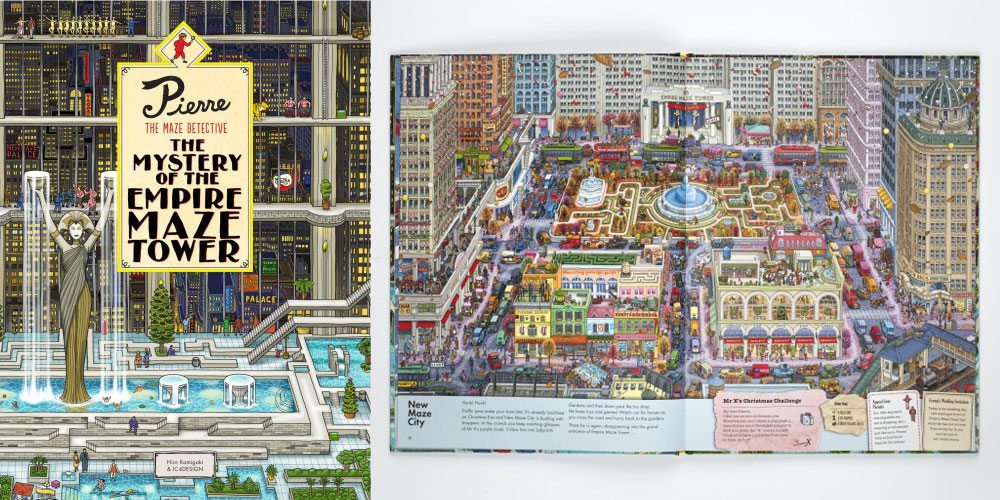 Pierre the Maze Detective: The Mystery of the Empire Maze Tower by Hiro Kamigaki & IC4DESIGN

The top of Empire Maze Tower has a shining Maze Cube … and Mr. X is out to steal it! Pierre and Carmen are back to stop Mr. X, and along the way will encounter a host of mazes filled with lots of details. There are hidden objects to find, mazes within mazes, and other extra challenges along the way. I really love the illustrations in this series, and it’s fun to join Pierre and Carmen on another adventure. (Thankfully, answers are found in the back of the book in case you get stuck.) 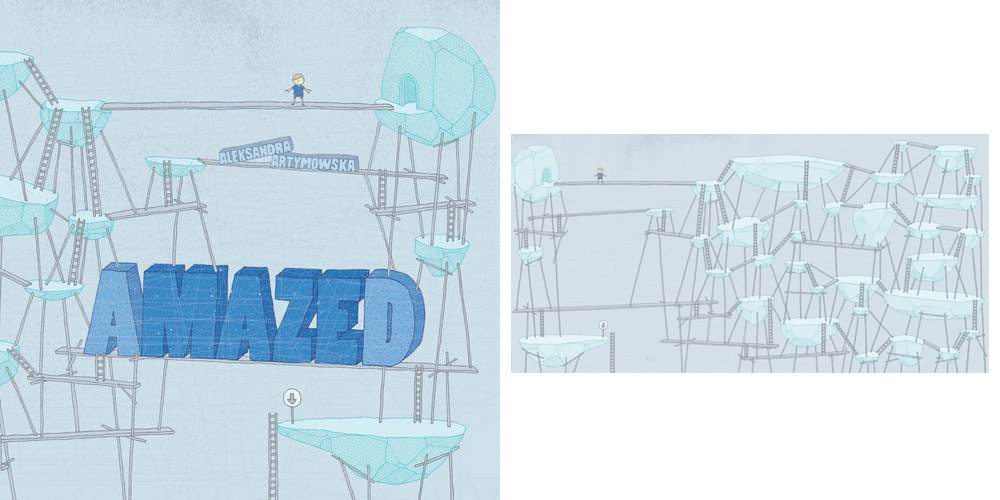 This wordless book features a little kid making his way through a fantastic landscape. Each of the ten mazes takes place in a different setting: precarious bridges connecting large rocks over water, ladders and platforms in a treetop, giant pipes weaving in and out in a tangle. The mazes aren’t as complex as the ones in The Maze Detective but they’re still a lot of fun to look at. 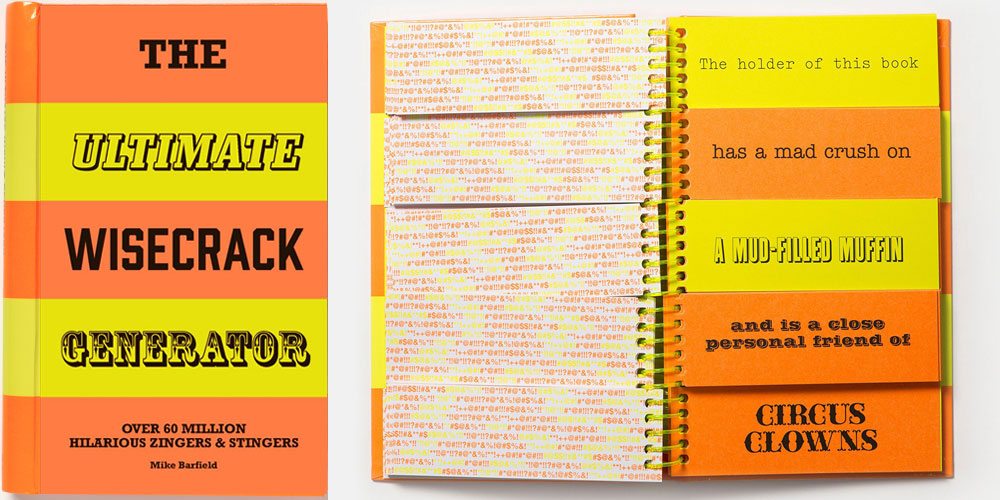 “The person you will marry has all the dance skills of a baked potato and spends the day bothering squirrels!” This is but one of the over 60 million possible combinations of insults you can generate using The Ultimate Wisecrack Generator, which has five flaps on each page for you to mix and match into crazy zingers. The insults definitely skew toward the silly and bizarre rather than the truly offensive, though if you give this to your kid then you should expect to have some strange phrases thrown your way. My only complaint is that the top flap, the subject of the insult, has a more limited repertoire that repeats on later pages: your mom, your dad, your sister, your brother, etc. 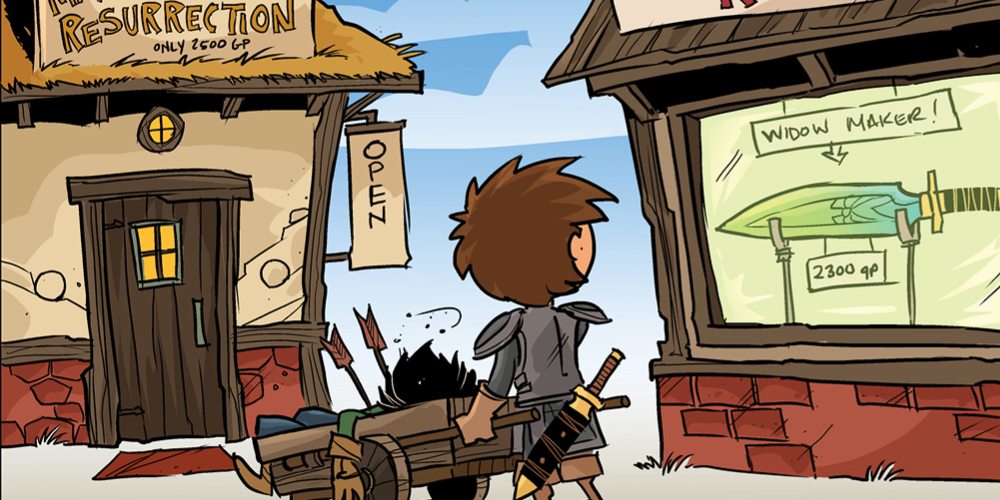 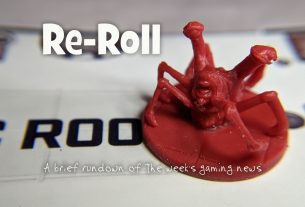