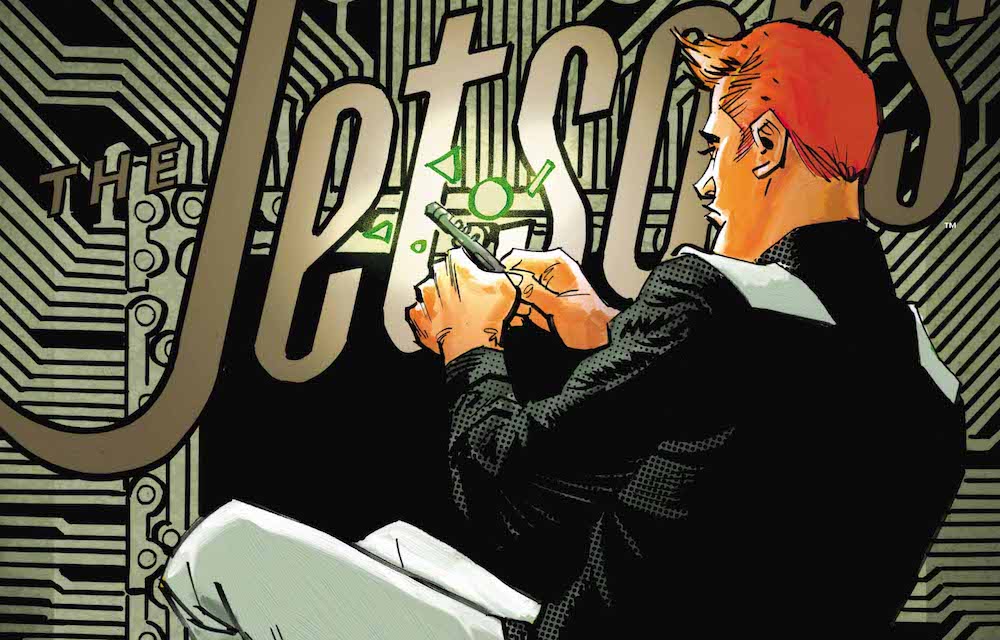 Ray: This fascinating look at a dystopian future continues to be one of the best comics DC is putting out right now, and the second issue only deepens the bizarre secrets lurking below the world’s surface. The issue opens with Judy Jetson – the character who was given shortest shrift in the first issue – undergoing some sort of dream simulation that gives her a disturbing look at a possible future for the world. The interaction between her and her grandmother/robot maid is entertaining, but there’s a tension lurking under the surface. This issue does a fantastic job of balancing humor with tension, such as when George is working on an out-of-date tech system and is attacked by chameleon-like antibodies – that nearly kill him because his boss doesn’t seem to care. George is the indispensable man right now, but it also means he’s constantly in danger.

The idea that this series seems to be hanging on is that this is a world hanging by a thread. One minor issue with gravity or wiring can cause a cataclysm that endangers countless people, as we see when Elroy and his girlfriend Lake’s school nearly winds up tilting over thanks to the intervention of…something. Something old, massive, and angry. The issue keeps on teasing us with something horrible lurking below the surface of this world but doesn’t give us any conclusive answers yet. But they seem to be coming, as the issue builds towards George and Jane being individually sent on the same mission to an underwater base that will hold the secrets of the lost world before them.

Who knew that a Jetsons comic was going to be the savviest sci-fi book DC put out in a long time? Taking chances has been paying off for DC in a big way.

Corrina: At the end of this issue, George and Jane have both agreed, separately, to go on a suicide mission on which the fate of the world rests.

Just how that happened, I’m not sure. But somewhere between Judy trading wisecracks with Rosie/Grandma, Elroy and Lake’s picnic, and George trying to solve a problem with no resources and little back-up against things that might kill him…I became invested in all this.

The comic is already more sophisticated than the show, by virtue of the fact “his wife Jane” was given a profession, one more important than her husband’s, and the fleshing out of Judy’s character. The art is amazing, especially in the wordless opening sequences.

This, um, yes. A Jetsons comic is one of the best series that DC is putting out right now. 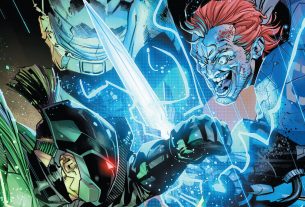 Review – Batman #114: War of the Peacekeepers