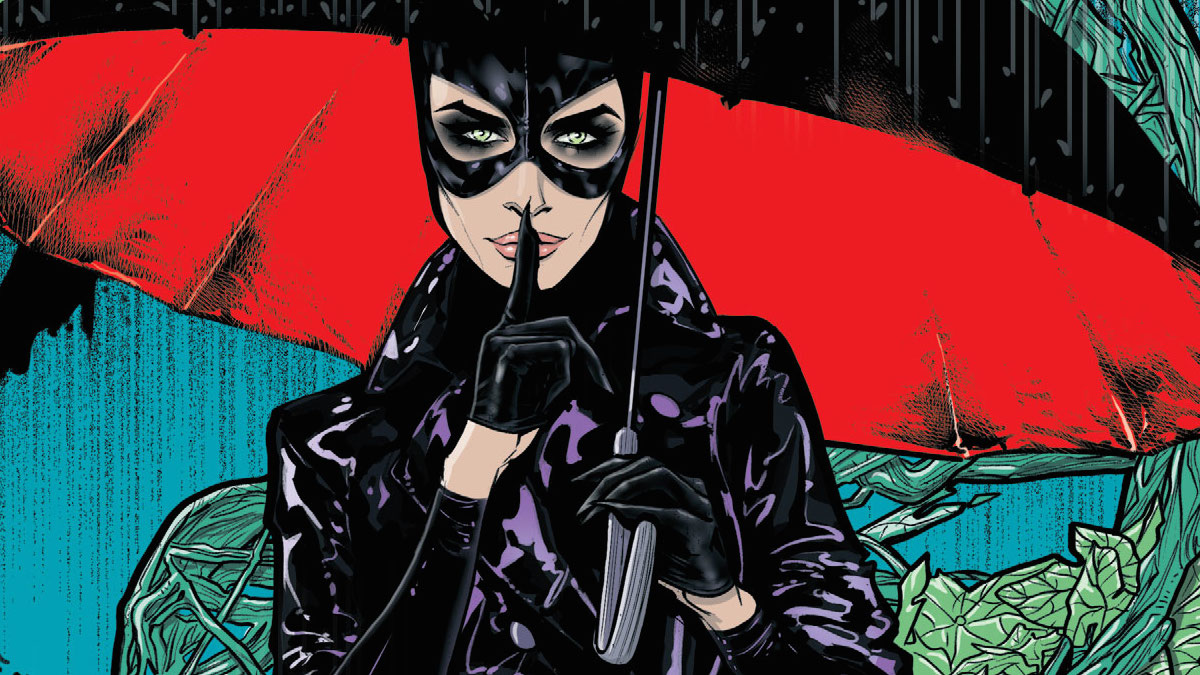 Ray: Selina Kyle’s battle for Alleytown takes a major turn this issue as some big players from Gotham enter the fray. When we last left off, Catwoman had managed to save an injured, addled Riddler from assassination, and now he gets to enjoy her “hospitality” at her lair while she interrogates him. It’s all in the service of finding Selina’s old ally from the Sirens, Poison Ivy, who has been kidnapped and is being used to synthesize a new drug that’s sweeping the city. While some of the interaction between Selina and Nygma are overly hostile at times, especially the part where she seems to be torturing him, the dynamic between the two old rivals has potential. Selina’s ally Leo continues to be one of the few holdovers from the previous run, and while he’s a useful asset as her intelligence guy, he doesn’t really have much personality compared to the bigger players from Gotham.

Alleytown continues to follow in the footsteps of Bludhaven as a dirtier, more chaotic corner/sister city to Gotham, and the addition of the mad Father Valley is a big part of that. Does he have any link to the more famous Jean-Paul Valley, another religiously-themed vigilante who has a tendency to quote scripture at his most unstable? I’m not sure, but his battle against Penguin’s forces this issue is the most entertaining action segment of the story. I don’t know if the new master villain who has Ivy captured has as much potential yet—he seems a bit too much like a standard evil corporate guy out of a Jurassic Park film. We all know this is going to end horribly for him, but until it does, watching Catwoman infiltrate his gala is going to be entertaining. This is an old-school Catwoman run, taking her back to her roots as an antihero thief, and it’s going pretty well so far.

Ray: The most bizarre DC book in recent memory wraps up with this much-delayed final issue, and it’s exactly as surreal as you’d expect. The thing is, it doesn’t actually feel like a finale. Most of the final issue’s plot—which involves multiple people dressing up as Batman and Deadman’s obscure supporting cast being involved in behind the scenes scheming—involves Ra’s Al Ghul yelling at various people, including Jim Gordon in a televised debate over the merits of nuclear power. It’s 18 pages into the final issue when things actually start to wrap up, and the last few pages are a bizarre series of twists and turns that don’t make sense in or out of context, culminating in an out-of-nowhere reveal about Ra’s that is not explained before the book fades to black. Is this actually the end of this bizarre ten-year-long storyarc that Adams has slowly parceled out? Who knows.