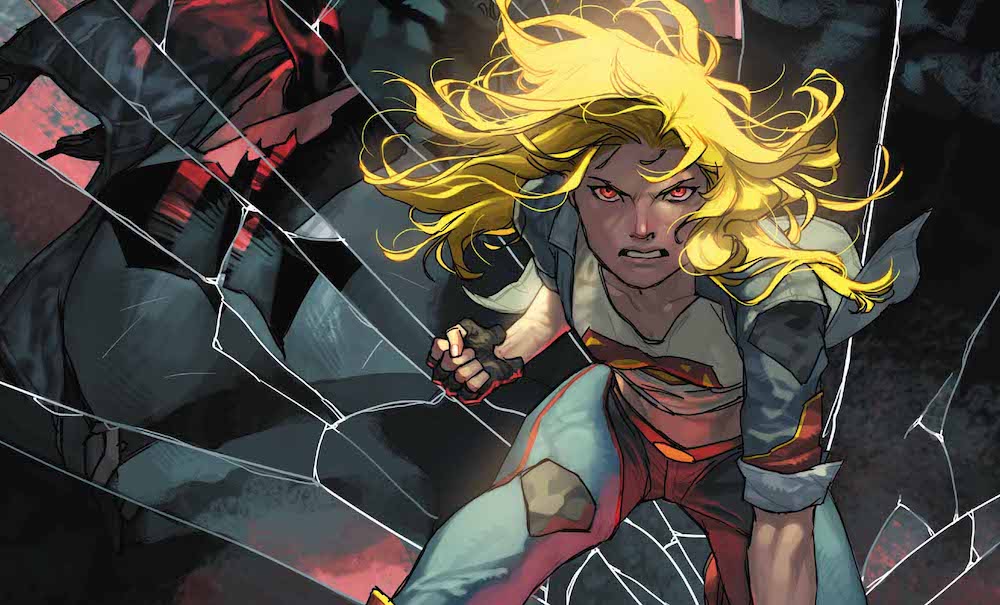 Corrina: Kara Comes of Age (As Does This Comic)

Ray: This post-apocalyptic biker gang AU started off slow, with a dystopian city that seemed way too much like countless others, but since then it’s expanded its world and built some interesting characters to populate it. As the issue opens, Kara Gordon and her sister are finally reunited, but Barbara’s ridealongs are still active – leaving the gang vulnerable to being tracked down by Batman. They manage to deactivate the technology, but not before the ruthless biker Bat roars into the garage. Silver Banshee, always a bit of an odd choice for this cast and without much to do, becomes the sacrificial lamb of the gang and is taken out quickly (at least I assume she’s dead – she doesn’t appear again in the issue after being shot). Disappointing to see cannon fodder in this book, but she pretty clearly wasn’t the focus.

It’s great to see the various heroines each display their own skills in the fight against Batman, from Barda’s warrior skills to Natasha’s tech prowess, but it’s a little odd that Batman seems to be able to hold his own against a series of superwomen including two extra-terrestrials.

Kara, however, has yet to expose her true potential, being too scared to tap into her natural alien powers. Wonder Woman’s arrival this issue is dramatic, and the series seems to be casting her as a powerful, mysterious figure who works alone in the wastelands. She’s very different from Bombshells Wonder Woman, but what we’ve seen so far makes me think she’s going to be a great addition to the series. We’re still getting the full picture of how this team will operate, but the defeat of Batman leads to Luthor seemingly calling in a bigger threat. It’s not quite on par with Bombshells or Injustice yet, for me, but it’s getting there.

Corrina: The overpowered Batman is the only part of this issue that felt too much to me.

The rest, however, is almost uniformly good, from Kara’s fear of her own powers, the reunion of the Gordon girls, and the spotlights on the various female heroes. (I spy more action figures in the future…)

This issue finally fulfilled the promise of the thrill ride that’s inherent in its name. It’s about the rise of gritty female power against a near-overwhelming darkness (the Bat)  and a man who thinks he controls everyone and everything, especially women (Lex Luthor).

Saving Wonder Woman to provide her with this kind of entrance was also a grand idea. For the first time, I’m truly looking forward to the next issue. 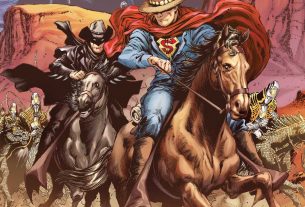