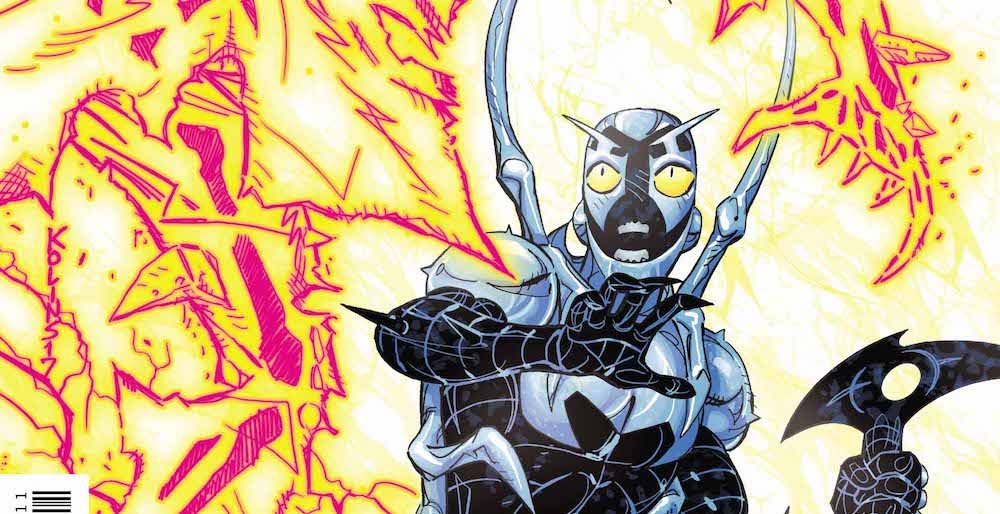 Ray: The penultimate issue of this series’ final major storyline (it’ll have a done-in-one story to finish out the run in February) is unfortunately the most disappointing issue of the new run. While the last two issues set up an intriguing mystery, this one suffers from a generic villain, lots of explosions, and out-of-character actions to drive its plot. When the issue starts, Jaime has seemingly captured the old man behind this weird town, and he, Brenda, Paco, and Naomi are on the run from the gang of strange age-shifting citizens. Their escape involves surviving a nuclear bomb that seems to go off on the regular, adding to the surreal vibe. However, Jaime doesn’t seem as concerned about this as he does by…the fact that Paco and Brenda are kissing? Maybe it’s a bit odder for me, since their relationship was a huge part of the initial run and he was fine with it, but still.

Here Jaime has a steady girlfriend (who still isn’t in on his secret, and has mostly been a flat character, unfortunately) so his reaction to his best friends kissing seems odd to say the least. He’s angry because they always fought, and he doesn’t know how their dynamic will be if they’re dating? Seems kind of juvenile and petty, especially the way he blows up on them and storms off to pick a fight with Stopwatch, the living time machine at the center of everything. Scott Kolins, who has been on most issues of this series, does a good job at capturing the strange science-fiction vibe of this plot, but a lot of these characters are coming in underdeveloped (due to a previous run more interested in tying up old plots from cancelled series), so it lacks the fleshed-out supporting cast to truly work.

Corrina: This issue has two plots and neither work that well.

First, the secret behind this weird town has had too many fake-outs. I’m confused as to what the truth is, which might be part of the mystery but instead is making for a muddled narrative. How dangerous are these people? I still don’t know, though their master finally seems dangerous by the end of this issue.

The second problem is Jaime’s discovery that two of his best friends are dating each other and…he’s angry about it? Like Ray, that puzzled me and seemed to be something added simply to send Jaime off alone. Plus, it’s hard not to be angry at Jaime for lying to his girlfriend about his powers, a second strike against him. He should be a likable guy and he’s coming across as a jerk.

Kolins’ art goes a long way into saving the story, especially in the scene with the nuclear bomb, and the final cliffhanger as Jaime comes apart in time. 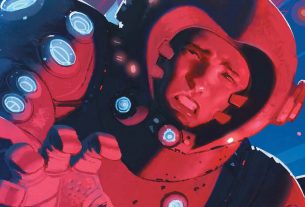 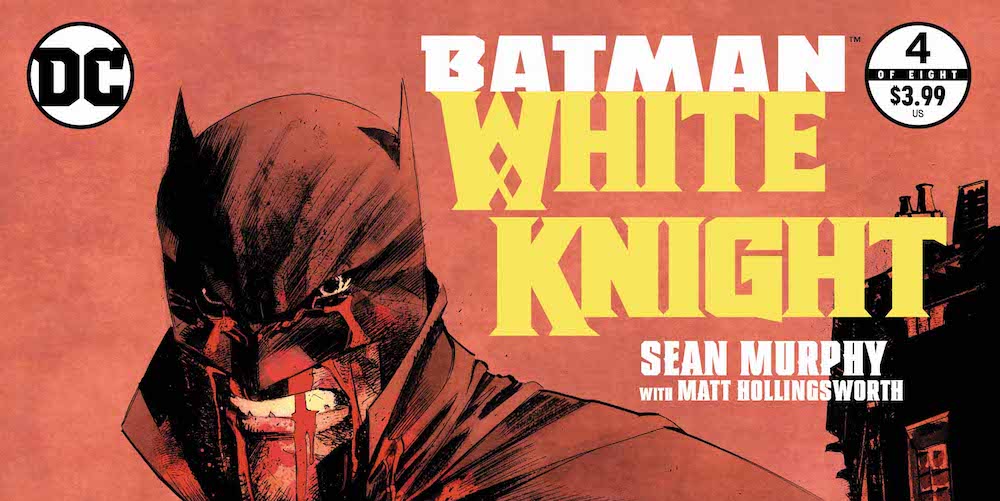 Review – Batman: White Knight #4: The Joker: Sane But Not Good