Ray: I’m always amused when a comic just straight-up punks the audience like this one did. Last issue ended with a big, dramatic cliffhanger that implied Ace was going to break Terry’s back in the same manner Bane did to Batman years ago. This issue…he simply blasts the robot through the chest with one of his secret weapons, escapes, and defeats the Royal Flush Gang in style. No sign of Ten, the most interesting member of the gang from the old cartoon, but I’m guessing that’s because she finally got her life together. That aside, this remains the strongest arc of the series, as the new Bat-team continues its growing pains. Bruce and Matt are handling the Batcave, while Matt covertly continues his Robin training, learning from videos of Damian’s moves – while also getting a glimpse of his dark side.

The Royal Flush Gang turns out to be just a pawn of a mysterious new master villain, who soon brings in a new hired gun – Stalker, the African hunter who hunted Terry in the old series. Although he since reformed, he’s blackmailed back into hunting Batman by promises to help his village, which was devastated by Brother Eye’s attack. Stalker’s a great adversary, one of the most memorable of the original series – but I kind of wish this issue didn’t fall back once again on kidnapping/threatening Dana in order to motivate Terry. Dana’s never been the most compelling part of the Batman Beyond series, and having her once again be a damsel in distress is disappointing. Still, the issue is an exciting read and feels much more like classic Batman Beyond than anything in years.

Corrina: I expected the twist that Terry’s suit would be immune to that literal back-breaking move. Hey, you can’t fool Batman twice!

As for the rest, while Ray enjoyed Stalker’s appearance, I’m frustrated beyond measure by Dana being in peril once again in this title. Didn’t this just happen? I don’t like this plot device in the first place though, at least, the first time it could be excused as Dana covering a story. This is basically a straight-up “I’ll hurt your girlfriend,” and it made me throw up my hands.

I can’t like this arc if that’s what we’re going to use to motivate Terry. It’s too cliche for me, especially now that the series has finally hit its stride. 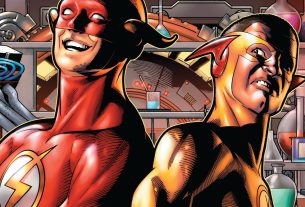 Review – Batman and the Outsiders #10: Heroes at Odds 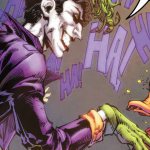