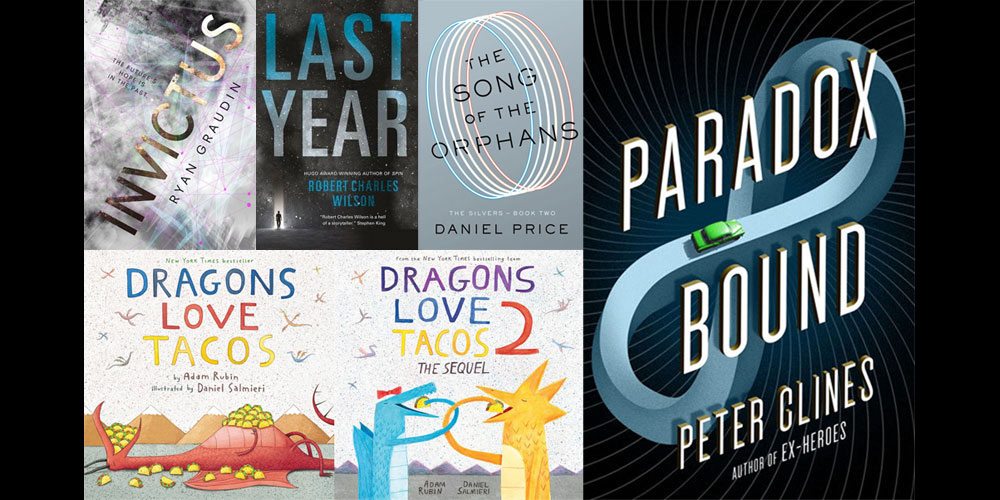 Guess what? It’s time for some more time travel stories! I love stories about traveling through time, manipulating time, exploring time. Maybe because I always wish I had more time … to read books about time travel, of course. Here are the five time-travel stories I’ve read most recently! 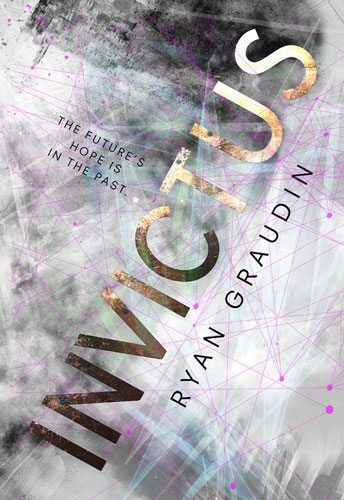 I hadn’t read anything by Ryan Graudin before, though she’s written a few books before this one–those she describes as “history with a tinge of sci-fi,” whereas Invictus is “sci-fi with a tinge of history.” Time travel was made possible in the 24th century, managed by the Corps of Central Time Travelers, with strict rules in place. Recorders travel to the past, capturing datastreams from history for the education and entertainment of those in the present. Recorders (and the rest of the crew, who remain in the time machine) are supposed to be observers only, avoiding any interactions that may trigger significant changes in the timeline, which may spin off parallel universes. That’s what makes Farway McCarthy’s birth so problematic: he’s the son of Empra McCarthy, a Recorder, and a gladiator in Rome, 95 AD. On top of that, his birth occurred in the Grid, the place outside of time.

Far eventually ends up becoming a time traveler himself, but not as a Recorder–he’s a time bandit, visiting disasters to acquire valuable relics just before they were allegedly lost to history and selling them to the black market. That’s when he runs into Eliot, a mysterious girl who steals his target from under his nose. Her arrival is connected somehow to an inexplicable unraveling of time itself.

The stealing of past artifacts reminds me a little bit of Time Salvager (mentioned in this Stack Overflow), in which time travelers from the future steal resources that were slated to be destroyed anyway, so as not to cause rippling consequences. And, like that book, some time travelers end up breaking the rules anyway. However, that’s the only connection. The time travel isn’t totally explained–there are shiny, hologram-shielded ships, and an indescribable space in between called the Grid, but Invictus focuses more on the characters and what they do with the time travel than the how of it. And that works–it’s a love story of sorts, a coming-of-age story, a road trip story. I like the way you get the perspective of several of the characters, each with their own motivations for taking on an illegal (not to mention incredibly dangerous) occupation. 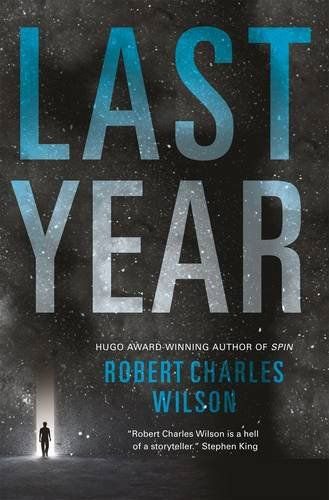 In the late 1800s, a walled city was built in Ohio: the City of Futurity. Impossibly tall towers, materials never before seen, women wearing trousers–all of it was unlike anything residents had ever seen. Some spent fortunes to visit Futurity, getting a chance to stay a brief while inside the walls; the less wealthy visited the nearby boomtown of Futurity Station, hoping for a chance to buy contraband that leaked from the city or sitting on bleachers for a glimpse of the flying machines that would carry the more daring visitors on short jaunts through the sky. Meanwhile, visitors from the future take trips to the New York City and San Francisco of the past.

Jesse Cullum is a local–at least time-wise–who found a job at the City as a security guard. He comes to the attention of the head of security when he saves the life of President Ulysses S. Grant, and soon finds himself partnered with Elizabeth DePaul, a woman from the future. He and Elizabeth are sent on some special assignments by August Kemp himself–the man who built the passageway between times. But something’s rotten in the state of Ohio. There are conspiracy theorists who suspect that Kemp hasn’t been entirely truthful about the passage, about the future, and about what’s at stake.

I really enjoyed reading this one. The book is largely told from Jesse’s perspective, even though he’s not the narrator of the book. His mindset is of somebody who isn’t used to the behavior and mannerisms of people from the future, though he adjusts better than some. It’s interesting to think about how somebody from our past would think of us—and how we would think about somebody from our past. Neither the future nor the past are the fairy-tale places we often imagine them to be, as the characters in the books learn. 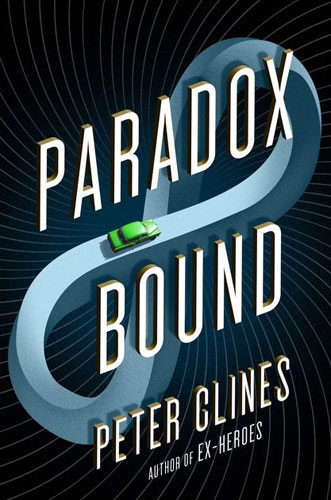 Eli Teague lives in one of those towns that time seems to have passed by. Nothing ever changes, no cell service, and the town even still has a video store. But a mysterious traveler driving a Model A drove through town once when he was just a kid … and then showed up again many years later, looking like no time had passed. When Eli spots the Model A again, he’s 29, and he realizes he’s been waiting.

It turns out that there’s a whole hidden society of people who have learned to slip through history, and they’re all seeking some sort of treasure, something big that’s been lost somewhere in time. They follow clues and snippets of information, using history-rich locations to make their jumps. But there’s something sinister pursuing them, and when Eli tries to intervene, he gets caught up in the chase.

I’m being purposely vague, because there are a lot of fun surprises in this book and I don’t want to give too much away. Suffice it to say that Paradox Bound plays with American history and time travel in a really fun way. While the mechanics of the time travel itself are never really spelled out, the type of time travel seems to be primarily a fixed loop, making for some really fascinating effect-and-cause twists. The only thing that irked me about the book is that it falls into that trope—I can’t remember the name for it—where a clueless student manages to master his new skills so quickly that he ends up saving the day. That’s a little how I felt about Eli, who adapts to the time-traveling surprisingly well, to the point where he surpasses his mentor; it was a little frustrating, if expected since he’s the primary protagonist.

That said, it’s still a really fun book and a fun take on time travel, and it features some of the creepiest bad guys I’ve seen in a while. 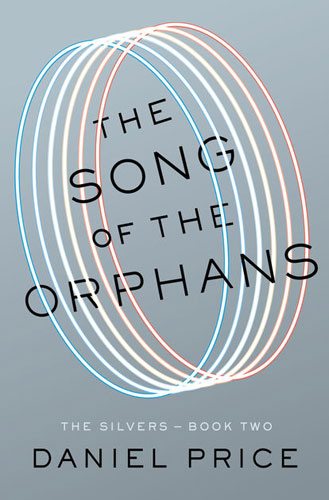 The Song of the Orphans by Daniel Price

This is a sequel to The Flight of the Silvers, which I wrote about in this Stack Overflow column about time travel stories. I tried not to give too many spoilers in that description, but it’s hard to talk about this sequel without revealing significant plot points from the original. If you haven’t read The Flight of the Silvers, you’ll probably just want to skip this section below. I’ll just say for you that The Song of the Orphans is a whopper of a book, at over 700 pages, but I enjoyed it.

First off, if you want a “badly-drawn recap” of the first book from the author himself, that’s available here. In short: our world was destroyed in a cataclysm, but some people were rescued by some mysterious visitors (from the future, apparently) named the Pelletiers and pulled into an alternate reality. In Altamerica, New York City was destroyed by a smaller cataclysm in 1912, and America turned inward and isolationist. The energy of the cataclysm was harnessed as temporis, allowing for revolutionary scientific advances—now, manipulating time is as easy as pressing a button.

For the small group of people brought over from our world, though, manipulating time is an innate talent, and the jump to this world unlocks it. Hannah can shift into super-speed, while her sister Amanda can make temporis forms with her mind—think Green Lantern but white, like solidified time. Mia can open portals, though her ability so far primarily consists of receiving little notes through them from her future selves. The problem, though, is that there are those in this world—nicknamed the Gothams—who don’t like the existence of the outsiders. The Gothams also have temporal powers, though they have been hidden away from the rest of the world, and they think an imminent worldwide cataclysm is due to the appearance of these outsiders.

The Song of the Orphans continues the story. The orphans, as they decide to be called, are still unsure what to make of the Pelletiers. These powerful figures saved them from the death of their world, and have stepped in to protect them in the new world, too. But they also impose bizarre restrictions on them and offer little explanation. The orphans have some more interactions in this volume with the Gothams and the Pelletiers, and also discover a few more people who made the leap from their world. Oh, and did I mention that the government is also after them? The shadowy Domestic Protections Bureau has its top agents looking for these time-bending fugitives, and they’re getting closer.

As I said before, this series isn’t really time-travel, though the Pelletiers seem to have the ability to leap forward and backward in time as they please. The rest of it is about time-manipulation: reproducing sights and sounds of the past, seeing into the future, causing things to age or reverse. This volume had a few surprises and mysteries to unfold—among them, the identity of Semerjean Pelletier, who was not seen as much in the first book but played a huge role in this one. 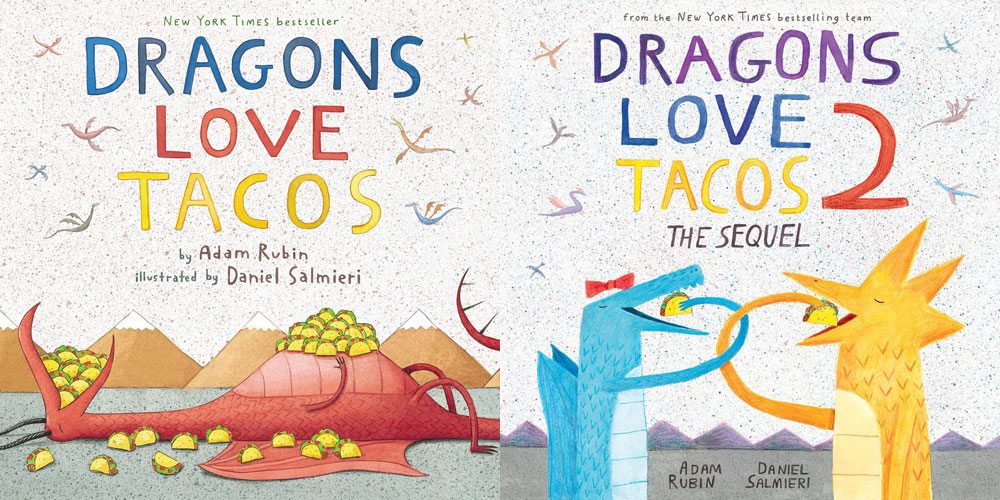 Okay, one of these things is not like the others, but I had to throw this one in there. Dragons Love Tacos is a beloved picture book about, well, dragons who love tacos, and a kid who decides to throw a taco party for them, with some mixed results. In Rubin and Salmieri’s book, the narrator talks to the character, who remains silent throughout but tends to follow the narrator’s lead. Dragons Love Tacos 2, which was released in May this year, is a time-travel story! Yep. Get your kids hooked early.

The dragons are sad, because there are no more tacos. Yep, the world has run out. So the narrator comes up with a brilliant plan: hop into that time machine in the garage, go back to the taco party from the first book, and save some tacos … which the boy can plant so they’ll grow into taco trees. But, this being time travel, things aren’t quite so straightforward, and we end up not only in some weird times, but even some alternate worlds—pretty sophisticated ideas for a kids’ picture book, right?

Fans of the original will love when the boy and some dragons revisit scenes from the first book, though you don’t have to be familiar with the first to appreciate the goofy humor in the second. Now, you can also get both books in a nice slipcover, and jump back and forth in time yourself!

Want more? Check out these other Stack Overflow columns about time travel:

If you’d like more books about time travel and parallel worlds, check out these Stack Overflow columns: