Welcome to our video game news for week 43. I go back to basics in Overwatch, share four Fortnite Battle Royale tips of my own, and of course, I bring you all the best news that caught our attention at GeekDad this week in Re-Spawn.

My tips this week are pretty basic ones, but they come from harsh lessons learned this week.

First, take a screenshot of your custom settings prior to any game update. I was fine resetting my custom key bindings, those I remember well, but I am still trying to fix my mouse and scope sensitivities for Fortnite Battle Royale and I’m not there yet at all.

Second, rebind your keys for building so you can do it faster. Being able to build fast and accurate is clutch in this game, so make sure you can do it without thinking. They are by default bound to the F keys and even with my extremely long fingers, I have trouble reaching the Shift button (to sprint) at the same time as F3 to build a ramp while keeping W pressed to move forward. I have a Razer Naga mouse so I mapped the 3 basic build keys from F1, F2, and F3 to 7, 8, and 9 on my mouse.

Third, do not stand still while farming materials. Most of my kills in the game come from people just standing by a tree or rock banging away with their pickaxe and I take them down so fast. When I’m farming materials I crouch and jump all while constantly circling the item. I may get hit if someone spots me but I’m way more likely to survive the hit when I do.

Finally, in keeping with tips related to making sure you can hit the buttons you need as fast as possible, I use the number buttons on the Naga to switch my weapons instead of the keyboard number keys or mouse scroll. Oh, and I immediately rebound crouch from the mouse wheel to C. So find what you can comfortably reach on your keyboard/mouse and rebind to those.

Enough of my humble opinions, take a look at some gameplay from much better players than I am.

From Dakotaz, considered one of the best in the game you have Jump Pad Victory.

And another one I enjoy watching on Twitch is CDNThe3rd and he has a new clip reel up YouTube. Fair warning, he is R rated, so if you really don’t like cursing, ad hoc rapping, nor jokes about anatomical body parts, don’t click on this one. If you find those things funny by all means, click away.

And finally, Ninja is another extremely skilled player and you can catch his latest highlights in this video. Also some cursing in this one, so be warned.

I played a few more rounds of PUBG with GeekDad Randy Slavey this week. Holy smokes am I terrible at this game. I can’t quite figure out why but I get so nervous in this one. My adrenaline is way more elevated in PUBG than in Fortnite Battle Royale and I have no idea why. I have no tips of my own, but I was checking out some YouTube videos to watch to get tips for myself and I came across this one from LevelCapGaming. I’ll try to incorporate some of this into my next matches and let you know how things go.

Last week I shared how I finally got back to Overwatch after many weeks of not playing. I have played a few times since, and I have to confess: I’m not as good as I was. Nowhere near as good as I was before the break. So, what’s a girl to do? Go back to the basics, that’s what. I’d used a few how-to videos on YouTube in the past to fine tune my skills and I went back to those to refresh my memory on the drills I used to do. This video from Skyline is a great one to show you some drills to work on your accuracy.

It is easy to forget that the practice range in Overwatch is a HUGE benefit to players who actually care about getting better. There are stages to the practice range, as well. Start with the close range stationary bots, then move on to the ones still stationary but farther away, then to the somewhat free range ones to the far right.

One tip that I caught rather randomly in a video some time ago that has been very helpful for me is to aim for the neck, not the head. Even if you’re trying for headshots you’ll simply land more shots more often if you aim for the neck because if you hit, great you were on the target and it will do damage. If you miss where you were aiming, though you still may land a good hit because you can miss high and land a headshot or you can miss low and still get a good body shot in.

Curious about what exactly changed in the most recent patch? Here is a link to the patch notes, with a section for both PvE and Battle Royale.

I’m actually a few days late on sharing this one, but make sure you’ve read the latest Overwatch Tale: The Return of Junkenstein. And get into the game and get a few loot boxes before it is too late.

Rumor has it the Treasure Goblin Academy has been holding self-defense training classes and our favorite little giggly loot droppers will be practicing the buddy system. From November 6th – November 9th treasure goblins will be arriving in pairs.

Gifting is now live within the Battle.net app and to celebrate Blizzard sent everyone a free card pack for Hearthstone. Make sure you pick your pack up soon.

Xbox does a weekly video and written recap of all the major news from their individual press releases and blog posts. Here you can find the video or follow this link to read the recap. Lots of new games available for backward compatibility and the ability to allow Mixer watchers to interact with your Minecraft game live during your stream are some of the highlights but click the link above or watch the video below for all the details.

Rush: A Disney/Pixar Adventure (Re-Release for Xbox One)

Take a moment to check out what sort of Halloween-themed fun Nintendo has in store for you with this blog post.

Hats Off to Super Mario Odyssey

Super Mario Odyssey is now out for your exploration fun. One of the new features with Odyssey is Mario can now use his hat to interact with the environment.

This week’s The Drop highlights 10 new releases in the upcoming week.

Steven Universe: Save the Light

Interested in bookmarking Re-Spawn so you can find all the weekly updates in one spot? Here’s a link to the Re-Spawn archives on GeekDad. 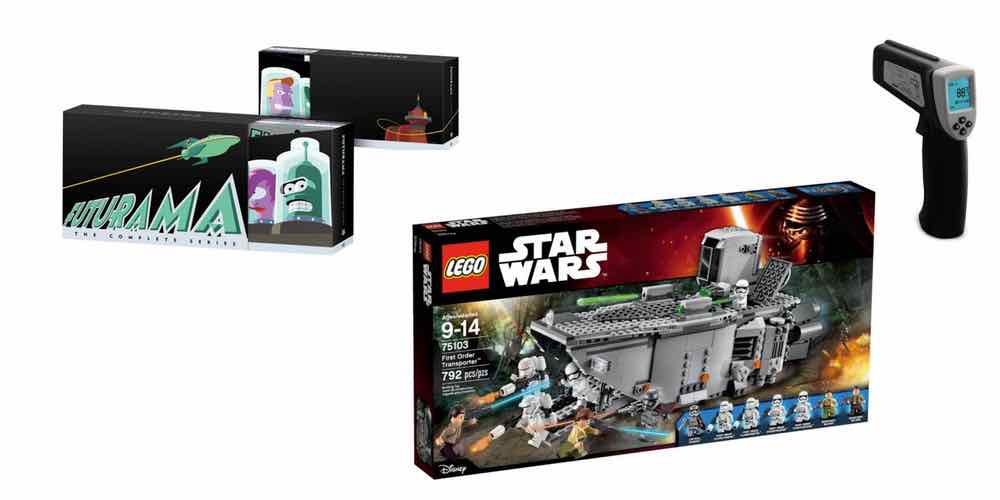