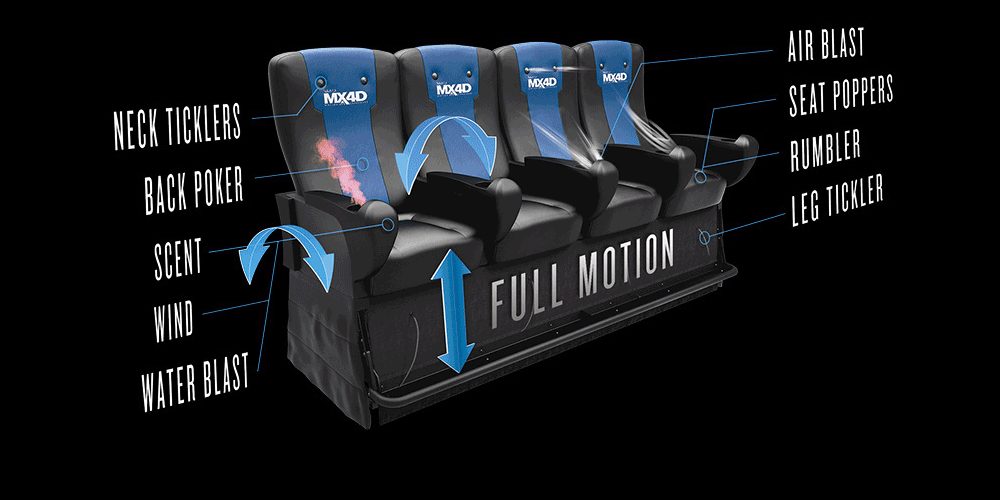 If you’ve ever taken a trip with Shrek in 4D at Universal or dangled your legs while riding Soarin’ at Disney, you already have a sense of what 4D rides can be — film-viewing with the addition of motion, scents, and other interactions. This past week, I had the opportunity to demo an MX4D cinema experience. MX4D is a new technology to the United States and is brought to us by MediaMation. It’s so new, that there are only five locations in the states, one each in Boston, Long Island, and Kansas City, and two in southern California. The number of theaters where you can find MX4D is expected to increase quickly. The screen I saw was one of the screens at a B&B Theatres destination.

The MX4D system is elaborate and brings a very unique experience to movie watching. Using pneumatic power tied to a huge air compressor nearby the theater, seats tilt front, back, left, and right by up to about 20º (it’s not too much though, you don’t need a seat belt to ride). Additionally, the MX4D can spray a misted water in your face, jab at your back or give a surprise to your neck or legs. Additionally, it employs strobe lights, scents, and can fill the theatre with fog, rain, snow, or bubbles.

During the course of the 10 minute exhibition, set to the chase scene through the canyon in Mad Max: Fury Road, all of the effects were deployed (except the rain, snow, and bubbles, which implied a clean up period). The seats leaned from side to side as Immortan Joe lumbered his car over a heap of stones. As explosions exploded on screen, the strobes at the top of the theater fired. The effect seemed more honest when timed with shots fired from guns. The smell of exhaust wafted gently to the nose and blasts of air tossed hair as the cars rocketed through the valley.

All of it seemed a bit gimmicky. It didn’t make sense to me that I would be rocking side to side as a car lumbered along. The motion was bit jerky and not very fluid. The strobes with the explosions didn’t feel honest. (But they were kind of cool when guns fired.) And I just kind of felt like I was at a thrill park instead of enjoying a film nominated for best picture.

That is, until Immortan Joe sprayed the face of Nux with silver paint. Timed perfectly, a spray of mist shot at viewers’ faces from the arm rests. It wasn’t much, just enough to suggest what was happening on screen and it was amazing. All of a sudden I felt immersed in the scene. I was ready to jump to the truck and make my way to Valhalla! Well, not really, but you get the picture. It made me want to experience a movie with a more casual approach to motion effects.

According to Brock Bagby of B&B Theatres, once a movie gets the MX4D treatment, only 20-30% of a feature film will have active effects. So, unlike the intensive demo we watched, a full length film will use the effects sparingly. And, used this way, the MX4D experience may be more worthwhile. At this particular theater, the addition of MX4D pushed the price up another $7.00, which seems acceptable if it truly adds to the experience. 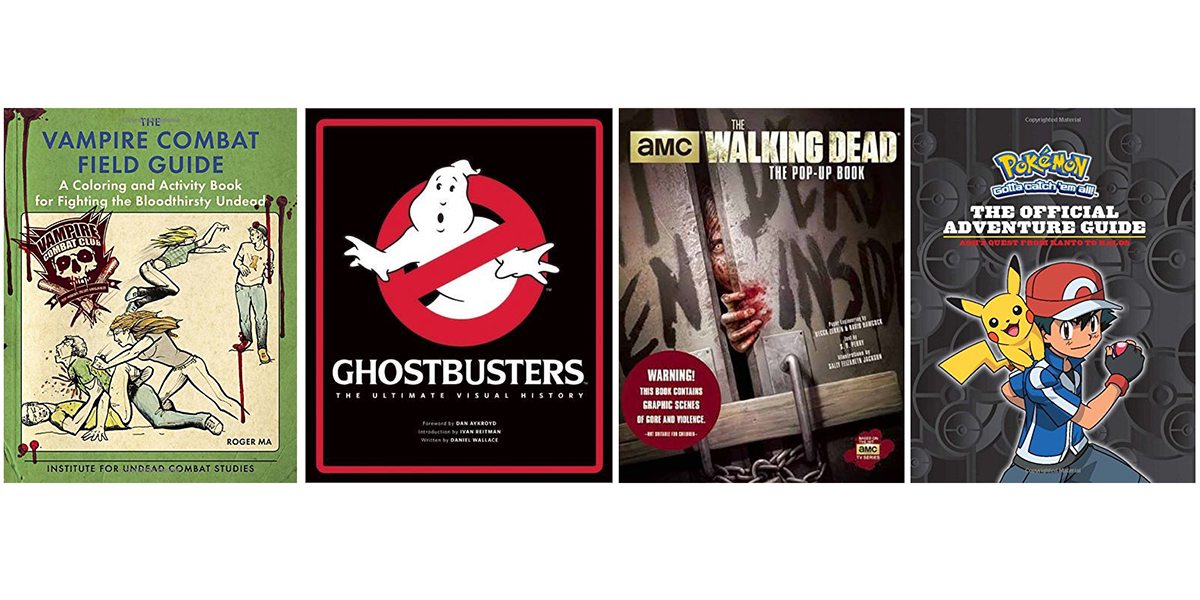