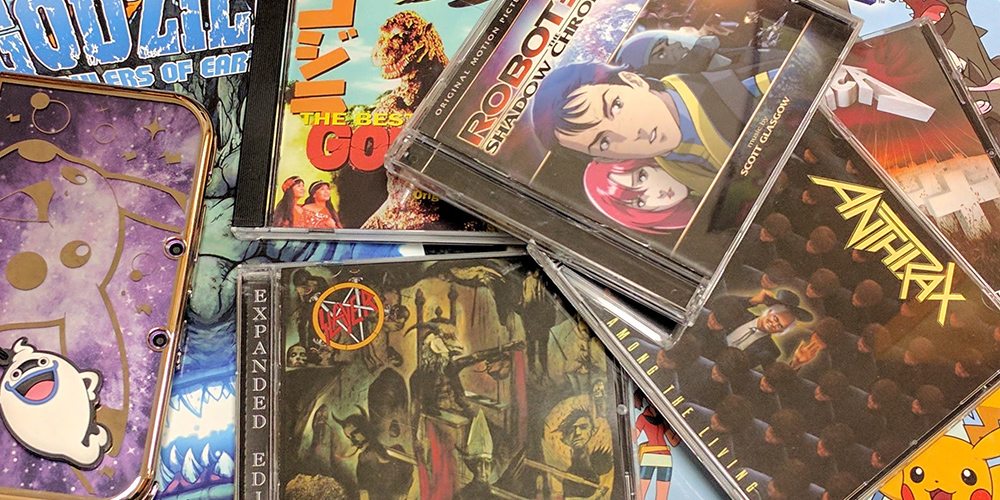 I’d just helped my 12-year-old connect his iPhone to a Bluetooth speaker—our family’s one “really good” Bluetooth speaker, which, I assume, many American households have—and he was pawing through his music library.

In-between selections from Undertale and the main title from Godzilla vs. Gigan I asked a question, one I’ve surely posed hundreds of times to hundreds of different people:

“So, what’s your favorite band?”

It was a solid choice.

“How many Slayer songs do you have on your phone?”

“But they’re your favorite band?”

For the record, there were two: “Raining Blood” from the Rick Rubin-produced Reign in Blood and its punky lead-in track, “Postmortem.” After some prodding, the boy was able to name a third.

He meant “Seasons in the Abyss”—the album-closing title track from their 1990 release.

I pushed further. Would he like to hear Repentless, their latest album and the first with Exodus’ Gary Holt, or had he ever went back to check out their old Metal Blade stuff, Show No Mercy and the Haunting the Chapel EP? Did he want to go see them play live in Raleigh this summer (with Behemoth and Lamb of God)? And, by the way, had he listened to those Anthrax albums I bought him?

His answers, in turn, were no, no, and yeah. Then he smiled and assured me he was fine.

I’ll pause here to point out that my son is on the autism spectrum. It’s relatively mild and tends to manifest as the occasional communication issue or misunderstanding of social cues, but he’s working on those challenges and I’m proud of him. That said, he did inherit the disorder’s hallmark repetitive behavior, most specifically as it pertains to an outright fixation on new interests. As someone who’s dealt with obsessive-compulsive disorder his entire life, I can relate.

Maybe that’s why this particular interaction bothered me so. How could he be so lackadaisical about something like this? Wasn’t music important? Weren’t bands important? Was this not the most serious of serious sh*t?!

Then I reflected on his words. “I’m fine,” he had said with a smile and a nod.

My son is celebrating his 12th birthday with Godzilla, Undertale, and Slayer.

It wasn’t until that moment that I realized what I was actually doing was challenging my child’s fan credentials. I had made a snap judgment, that he was not the right kind of listener, and I reacted.

Okay, so I reacted by trying to help him, to be his musical mentor—which isn’t the worst course of action. But it was still disrespectful. It was still selfish. It was more about me than it was about him.

“I didn’t have much interest in sports or school elections.” – Social Distortion, 1990

Now a little background on me: I grew up in the rural South in a pre-internet age. It was a time and place where, unless your interests skewed toward hunting or college football (this was before NASCAR’s explosion in popularity), you were kind of on your own.

If you liked comic books, you had to subsist on what you could glean from the rotating rack at the local drugstore or convince someone to drive you 15 miles to the nearest specialty retailer. And if your thing was music? Well, first you had to learn to navigate the local record store and figure out who could special order stuff for you, then you had to scrape together clues from liner notes, scant interviews, and grainy photographs to figure out who was truly behind your new favorite tunes. There were so many dots to connect but only so much ink.

It was a hardscrabble life for a young enthusiast, and, while it made us resourceful, it also made us weirdly territorial, patently exclusionary. From wherever you were in your fan journey, the end point was to be the alpha, the one true fan. But even this was a tightrope walk.

If you didn’t know enough about the topic at hand, you were a poseur. If you knew too much, particularly about the wrong album or era, you were a sellout.

You walked that line, trying to know just enough to make you superior to those who should have been your fiercest allies. The irony of a tiny group of outsiders attempting to one-up each other is not lost on me.

I place a lot of blame for this, this toxic brand of fandom, on that rather isolated upbringing, on not knowing any better. But we’re in a different time and I’m a different person. (Some would even allege a real adult!)

You can have an entire artist’s discography at your fingertips in a matter of minutes. You can import practically any wares from practically anywhere with the click of a mouse. You can find like-minded individuals that share your passion, whatever it may be, without regard to your respective points on a map.

We have seen the dawn of a new age, the birth of an entirely different breed of fan. And, sadly, our gut response seems to have been to instantly hold them in contempt.

If you want to know why gatekeeping continues to flourish, why women continue to have their comic book cred questioned or why insular communities from punk rock to anime fandom sometimes outright defy new fans to enter the fold, simply understand this: it’s much less about the one being forced to answer the questions than it is the one doing the asking.

This is all seemingly rooted in the central misconception that there is some way to “win” fandom, that there is a genuine pecking order, with the true-blue fans at the top and everyone else scrambling for crumbs underneath. The problem? That’s not how it works.

We tend to quantify things incorrectly; it’s as if we assume there is a limited well of fan enthusiasm, that it is an easily exhaustible resource with some uniquely vulnerable supply destined to be poisoned by those we deem unworthy, insincere. But your fan experience is your own, and, while bad community interactions can certainly sour you on a property, the simple love and enthusiasm of others should have no lasting effect on you or yours.

“Let me tell you about the Proto Culture.” – Del the Funky Homosapien, 2000

Look, I have a Robotech tattoo, I’m currently on my second full watch-through of the original series this year (I started The New Generation over my Independence Day break), and my daughter is named after a little-known, insular character. But I’m not the best Robotech fan. Further, I’m not a better Robotech fan than anyone else.

Now one with less gore and plastic wrap.

Do I have more passion than so-called “casual fans”? Perhaps, but do I get more enjoyment out of the show? That we can never truly know, and therein lies the quandary.

We focus on time served, on the blood/sweat/tears spent tending our own love for a band/show/comic, and, in the process, we sometimes feel that affords us the opportunity to critique the experiences of those we judge as lesser. We lord over them. We take a power that isn’t ours and use it as a cudgel. We use it to fuel our endless pissing contests, our constant attempts to outmaneuver, to out-fan.

Far too often we get bogged down in some convoluted set of arbitrary rules that we’ve convinced ourselves govern how we, as real fans, should conduct ourselves. We should love this handful of tenets and hate these particular offshoots and only hold up elements X, Y, and Z as canon. Worse, we use our preternatural powers of snark to draw that dividing line.

You’ve no doubt read many an ill-tempered, sarcastic rant about a person or product you love online. You may’ve read some right here at GeekDad. Hell, you may’ve read some written by me! (And, again, that irony is both noted and accepted. I’ve built a little home for it in my heart—a makeshift irony sanctuary.)

It’s okay to enjoy cheap, domestic beer and gas station coffee. It’s cool if you prefer reality singing competitions to Game of Thrones. It’s even alright if you like these things just because you like them, with no deep philosophical motivation or clever defense to ward off detractors.

Which brings this back—as seemingly everything I write eventually does—to me. I am not a good fan. I am not a better fan, and I am not the ultimate authority. None of us are.

But I am my own fan. Just like my son. Just like you. And in a world where any bit of trivia can be located, any crackpot theory expounded upon to the Nth degree, and new experiences are so abundant that we truly have the luxury to pick and choose what we love and how we love it, surely there’s room enough for all of us.

It’s a big tent, and there’s plenty of space—if we all just scooch over a little bit.

I’m not saying there isn’t a wrong way to love something, but, if there is, surely it’s by doing nothing more than turning others against it. Share your passions, and, if you can’t do that, well… at least try not to intentionally horde them, try not to shoo others away like some Dickensian miser. Because, I mean, is a bitter fan really a fan at all, or is he just someone clinging to a facet of his life that’s outlived its usefulness?

Even if it means suppressing your baser fanboy urges. Even if it means accepting (or expressing) a different style of enthusiasm. There truly are a lot, though I sometimes get excited and forget that. 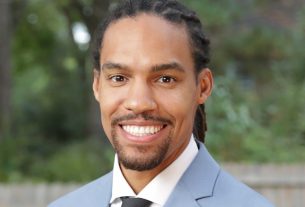