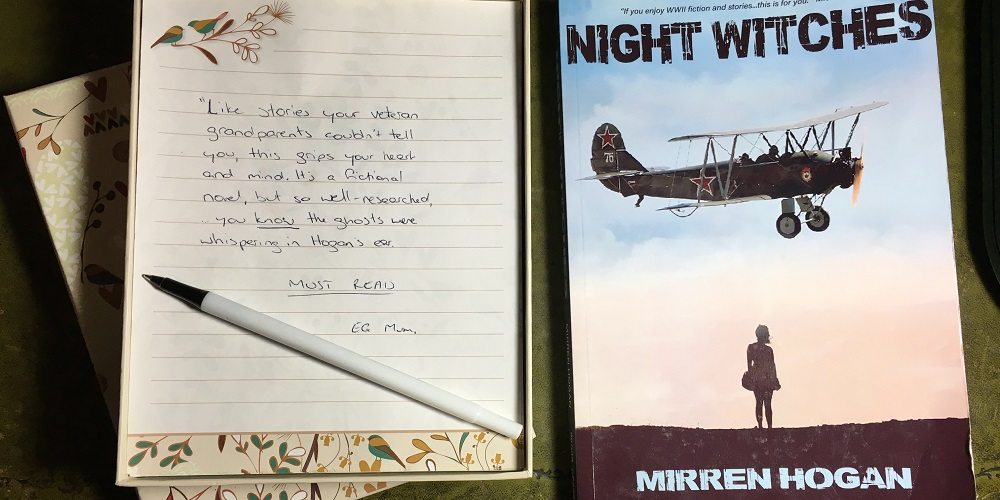 Before The Doctor regenerated as a woman… Before Lyanna Mormont threw down her knitting and declared her need to defend the North to be as great as any other character in Game of Thrones… Before Diana, Princess of Themyscira climbed up on to No Man’s Land and inspired a platoon of men to follow her into Nazi territory…

There were the Night Witches. And Mirren Hogan has the perfect novel through which to tell their tale.

I love my military history. Damn it. I just admitted to history nerd status again, didn’t I? The weird thing is, even with my military family and my love of history, the majority of war-time novels held the misconception of “men shoot, women nurse.” On the rare occasion where I found a novel with a female antagonist I could relate to, she was often relegated to the nurse-status. And while I hold the utmost respect for nurses, it just grossed me out. What I wanted was something more mechanical, more physical, more aggressive. Almost 30 years later, I realised what I wanted was a book like Mirren Hogan’s Night Witches.

Who Were The Night Witches?

The Night Witches are one of those World War II legends no-one really heard about until a long-time after the fact (helped by a social media push bringing female achievements to the front). They were not like most WWII heroines.

For one, they were not nurses. Not a single Florence Nightingale amongst them. Nor were they “lady spies.” In fact, there was nothing overtly “female” about them. They were a group of pilots who wanted to use their skills for their country… and happened to be women.

Finally, they were awesome. Like seriously awesome badasses. They were flying these awful Po-2 planes made of balsa wood and canvas and still handing the Nazi German Army their collective ‘Arsch‘.

Fortunately, I found Night Witches by Mirren Hogan. Well, full disclosure—EG Dad found Hogan and her novel at Supanova Sydney 2017 and knew it was exactly the type of book I would love to read.

Night Witches is a fictional novel, telling the story of the Night Witches through the eyes of one pilot, Nadia Valinsky. Both beginning and end are presented as part of an interview between Nadia and a journalist looking for a good story. But it is the retelling sandwiched in between that launches you back in time to experience WWII-Russia yourself.

Nadia is a young woman, studying to be a teacher when she is called back home. She is gradually (though begrudgingly) accepting her ‘war-time’ role as support for her family while the men fight the Nazi invasion of Russia. For the first time, I was presented with the frustration of a woman who was as equally passionate about defending her country as her male counterparts but was somehow judged on her genitalia instead. Unable to sit back and wait, Nadia starts off digging trenches to defend against tanks while thinking of ways to contribute. And then an opportunity comes knocking and offers her a place in Colonel Marina Raskova’s air force units.

This is the type of book I wanted to read! Where women feel as strongly as men about war and invasions! Now, I do not wish war on anyone but I could never associate with female characters who were happy to sit back and send care packages to their men on the battlefront. Despite many women stepping up into jobs traditionally performed by men, there was no corresponding prevalence of novels.  We know these women existed, so why were we less likely to hear their stories?

Even from the beginning, this is not a straightforward easy path to ‘victory and glory’; there wasn’t really any glory at all. Hogan weaves a beautiful story filled with purpose, camaraderie, and very detailed research. So much, I needed to ask her more about writing this amazing book.

An Interview with Mirren Hogan

Evil Genius Mum:
What was it about the Night Witches that inspired you to write your story?
Hogan:
What about their story isn’t inspirational? It’s another one of those largely untold stories about women in history which is only now being revealed – like Hidden Figures. It’s a part of our current belief about history –at least to some extent – that war was left to the menfolk. That’s not the truth by a long shot. Women weren’t just nurses or the occasional (sexy of course) spy. Women were in, and flying over, the trenches, shoulder to shoulder with the men. It wasn’t pretty, it certainly wasn’t sexy. It was ugly, dirty and ended in death a lot of the time.
Evil Genius Mum:
Are you a history buff, or was this a new area for you to research?
Hogan:
I’ve always been a bit obsessed with history (blame my parents), and I have a degree in history. For me, it’s more the everyday people and how they lived than major events or government which interests me. I’m fascinated with lives other than my own.
Evil Genius Mum:
How does your story compare with gender issues today?
Hogan:
I’m all about equality and inclusion, and sharing with readers the past as it really was is a big part of that. I think it’s important for men and women to understand that history is a lot more than what white males did (Editor’s note: check out the Tuskegee Airmen for more examples).
Evil Genius Mum:
Do you think the desperation of war creates opportunities for women to take action?
Hogan:
I think the desperation of war creates opportunities for PEOPLE to take action. We’ve all seen stories of various wars, but we rarely see the perspective of LGBTQI+ people or those of colour, as well as that of women. War is humanity’s burden and everyone’s story deserves to be told.
Evil Genius Mum:
What is your favorite scene from the book (whilst writing, or whilst going back and reading)?
Hogan:
There’s a scene at the beginning in which the women have to choose their new uniforms and they’re all men’s clothes, and HUGE. It’s not hard to imagine a group of girls in their late teens falling over themselves laughing at boots big enough to fit both of their legs.

The scene in which a male engineer is sent a parcel containing women’s underwear is also pretty funny.

Yes, You Should Buy This Book

For the record, I loved both of those scenes too. Both showed a balance in the everyday activities for these women. The briefest of windows where you were reminded how human these characters were in real life.

After I finished reading, I handed it over to the eager hands of our 11-year-old son. Despite being a very honest war-time novel, there are no overly graphic or inappropriate scenes for young eyes. The storytelling is squarely focussed on the characters and their story, rather than making it purely about their gender and position in society. This doesn’t mean it is without any discussion of gender discrimination! It is instead part of the story, not the only defining feature. It is a very eloquent way in allowing the legends to point out their achievements themselves.

Night Witches is available in both eBook and hard copy. You can find links to various distributors on Mirren Hogan’s website. 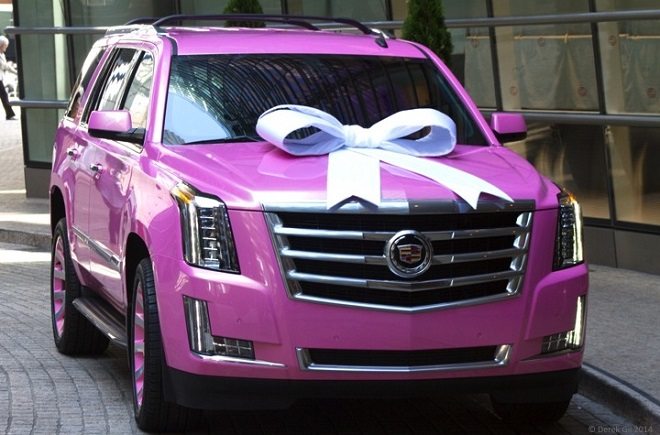