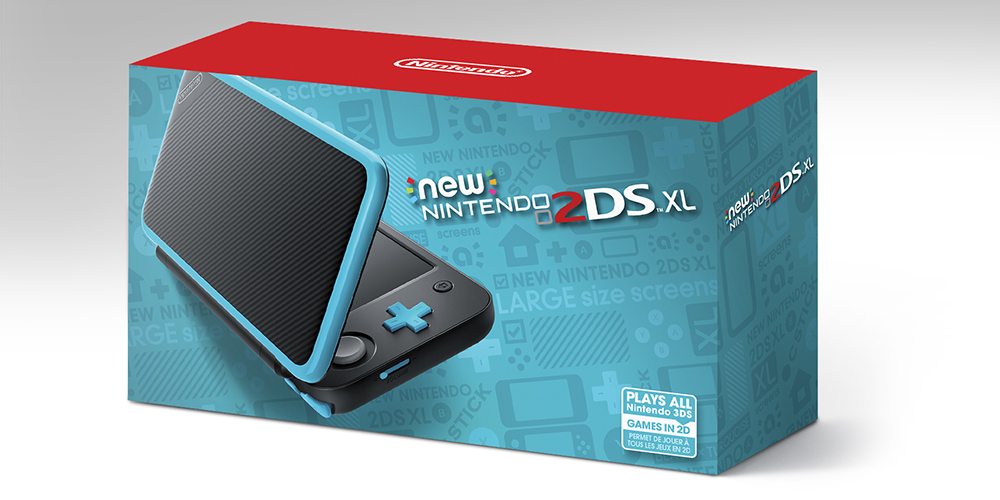 Though I got to spend some hands-on time with the New Nintendo 2DS XL earlier this year, I was still anxious to use a proper production model in the comfort of my own home. After a couple of weeks, I can confirm that I really like this latest iteration, particularly its unique cosmetic and functional tweaks. However, the question remains:

Who is the New Nintendo 2DS XL for?

I gave it some thought and managed to pick five distinct types of handheld gamers who’d benefit from this new system with beefier specs at a smaller price tag. I even threw in some game suggestions for each group–because I am just that kinda guy.

1. You’re New to the 3DS Ecosystem

For years I have been directing first-time buyers toward Nintendo’s tiny, budget-priced 2DS system, and, truth be told, at $80 with a bundled game, it’s still a little hard to pass up. That said, the New Nintendo 2DS XL is superior in every way. It’s a heartier system with more to offer. Basically, it packs in all the processing power, NFC (amiibo) functionality, and the additional control options of the New 3DS line. Just, y’know, without the 3D part.

If you’re new to the 3DS/2DS line, boy, are you in for a treat! New Super Mario Bros. 2, from way back in 2012, is an ideal place to start; it’s beautiful, accessible, and still tons of fun. While the 3D effect gave an almost unimaginable level of depth to 2013’s Luigi’s Mansion: Dark Moon, it’s still a must-play for those who missed this early-generation jewel. Lastly, let’s not overlook Pokémon X/Y; while there are newer iterations (like 2014’s Alpha Sapphire and Omega Ruby and Sun and Moon from last year), the 3DS’s original foray into the world of Pokémon is another terrific throwback. 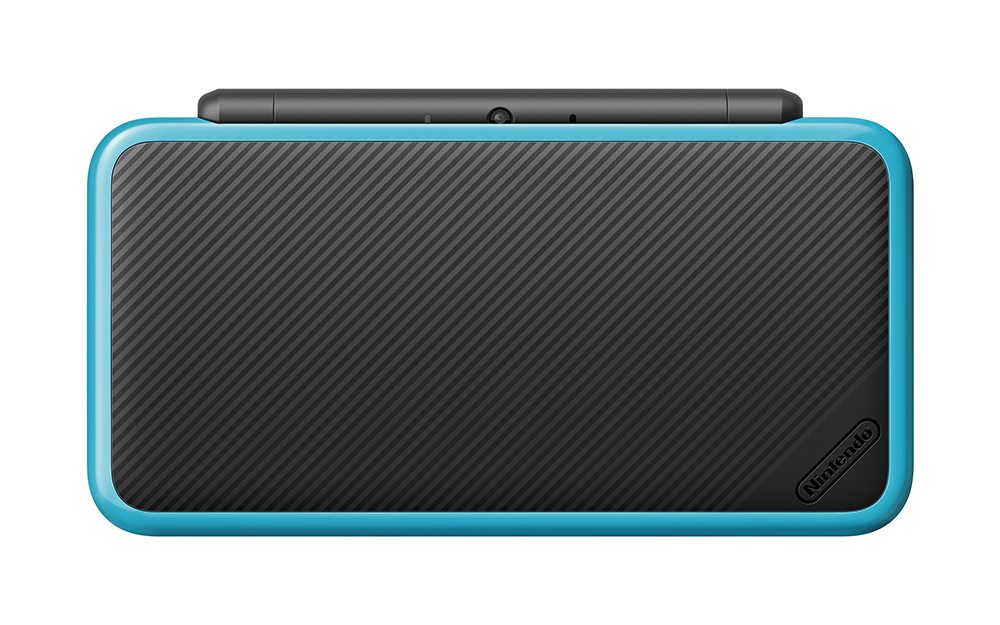 2. You’re in the Market for a Uniquely Roadworthy Gaming System

While the original 2DS was (and remains) an amazing value, its large, flat footprint sometimes made it awkward to transport. In a bag, backpack, or carry-on it was fine, but try putting that bad boy in your pocket! Smaller than the 3DS XL because of its redesigned form factor—the speakers have been moved to the lower part of the clamshell and the cartridge and microSD card slots safely repositioned behind a “hinged” door—the New Nintendo 2DS XL now also folds up to keep its screens safe and make it a more apt traveling companion.

If you’re an on-the-go gamer, there are a number of unique 2DS gaming experiences that work well for you in both short bursts and for the long haul of a round trip. Currently, I’m positively in love with Miitopia, a brand new release that combines the madcap Mii interactions of Tomodachi Life with a dash of D&D dungeon crawling. It lets you join forces with your closest friends and/or favorite celebrities and do battle against… well, whoever you choose. Hey! PIKMIN is another fresh release that works perfectly in 2D—specifically because it’s a 2D side-scrolling platformer. While Captain Olimar is rather limited with regard to his movements, those helpful Pikmin can be summoned, tossed, and otherwise manipulated into helping you solve environmental puzzles, defeat hungry enemies, and gather enough Sparklium to fuel your voyage home. As a Fire Emblem diehard, I’d be remiss if I didn’t include the series’ most recent iteration, Fire Emblem Echoes: Shadows of Valentia. It’s turn-based strategy with a twist that’s not afraid to fight dirty, thus forcing you and yours to fight even harder.

3. You’re Graduating From a 2DS

Let’s say you’re a kid (or a thrifty adult) that’s ready to move up from the old-style 2DS to a sleeker, more modern portable gaming machine. Not only does the New Nintendo 2DS XL look the part, with its Tron-style blue-on-black color scheme and comfortable matte finish, its bigger screens and extended functionality make it a much more robust portable all around.

You’re gaming with the big boys (and girls!) now, so it’s time to put all this new hardware to good use. For younger players, Ever Oasis is an ideal starter RPG. It’s a beautiful, lively world that puts you in control of a growing cast of allies that inject sweet variety into your growing oasis and an equally inspired cadre of villains and other enemies who seek to block your steady progress. If you’re a more mature role-playing gamer, make sure you’ve experienced Fire Emblem: Awakening, the series first 3DS-era outing and one of its best. Lastly, whether you’re a newcomer or an old fan on a return trip to Hyrule, The Legend of Zelda: The Ocarina of Time 3D is a worthy experience—even without that 3D part. 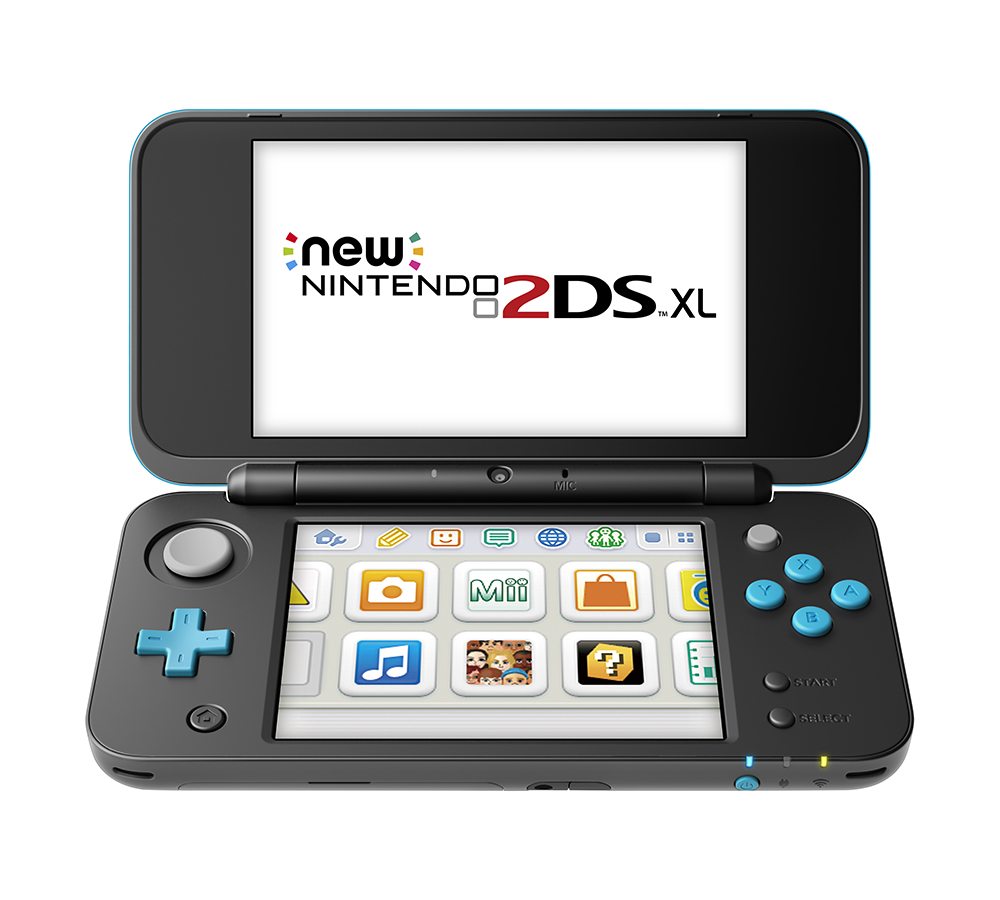 Maybe you were confused by the “New” 3DS nomenclature, or maybe your original model Nintendo 3DS or 3DS XL simply suited your needs just fine. Now, though, it’s likely getting a tad long in the tooth. If you balked at the price of the New 3DS XL or couldn’t find one of those handsome black New 3DS systems last holiday season, this new hardware should scratch the appropriate itch. At $150, the New 2DS XL is a substantial upgrade at a solid price point.

The only real New Nintendo 3DS XL-only title of note, Xenoblade Chronicles 3D, is a welcomed edition to any collection, and the more robust processing of the New 2DS XL puts all its glory at your fingertips. Another perk of Nintendo “New” line is access to the SNES Virtual Console library, and if you’ve never played Earthbound (or simply feel like revisiting this quirky RPG masterpiece), picking up a New 2DS XL affords you the perfect opportunity to do so. Finally, while it’s neither new nor an exclusive New 3DS/2DS game, allow me to once again plug Style Savvy: Fashion Forward. It’s a life-sim that’s all about the joys of cutesy couture, and it’s far more fun than most would suspect.

For reasons, be they medical or aesthetic, the promise of portable 3D gaming really never appealed to you. Sure, you goofed off with a demo unit or possibly a friend’s 3DS, but it felt more like a novelty than a real system to you. Well, I don’t want to say you’re wrong, but… Seriously, though, in this case, the New Nintendo 2DS XL is for you. It has all the bells and whistles with none of the unnecessary 3D visuals.

Don’t be mislead by the title Super Mario Maker for Nintendo 3DS; the game doesn’t actually support stereoscopic 3D, so you won’t be missing a thing by playing this expansive level-builder on your New Nintendo 2DS XL. The same goes for Pokémon Sun and Moon, although you may want to hold out for the Ultra editions coming out later this year. Animal Crossing: New Leaf does boast full 3D support, but it’s not strictly necessary to enjoy this friendly, refreshingly nonviolent (and recently expanded) social simulator.

Review and promotional materials were provided by: Nintendo of America

‘Weird Little Robots’ is the Magical Tale of a Girl, Her Robots, and Making Big Choices – Win a Copy!