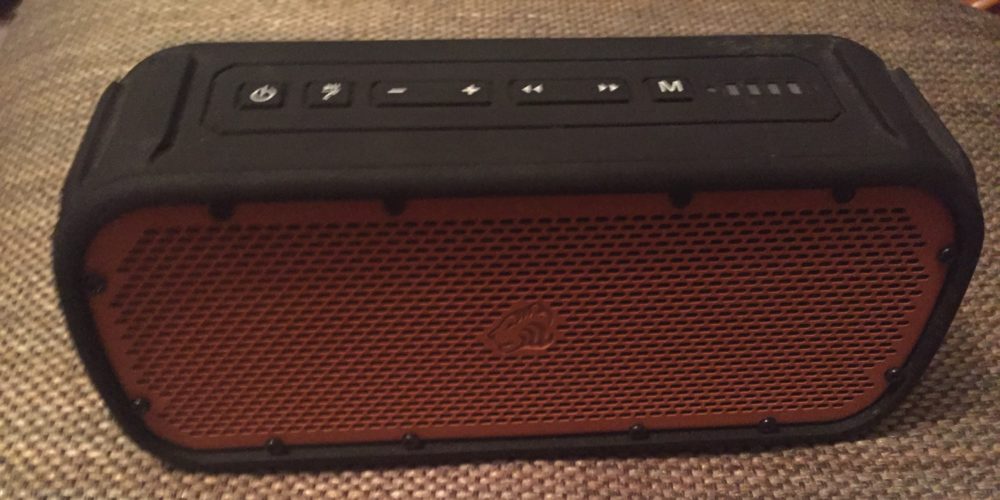 The Corbett speaker is far from the only waterproof Bluetooth speaker I’ve reviewed. (It seems lately as if GeekDad has been flooded with Bluetooth audio requests.) Aside from the common feature of being waterproof, there’s very little that this speaker bears in common with the others. The Corbett is a beast, both larger and more powerful than any of the other waterproof models I’ve reviewed before.

One place where the Corbett shines is in the “peace of mind” aspect of waterproofing. While I’ve never had any of my other waterproof speakers fail, the Corbett looks visibly more likely to survive a run-in with water. Much of the speaker is covered in a thick rubber that protects the internals. Even the speakers themselves, covered by a protective metal grill, have a rubber covering to keep the water out. The place that gives the greatest “peace of mind,” however, is the port. Usually the weak point of any waterproof device, it is protected by a locking seal. This seal is the most secure I’ve seen on a waterproof device, many of which just use a flimsy rubber flap that fits into the ports themselves. While none of these rubber flaps have ever failed and caused the death of a speaker, the simple act of turning a seal into a “lock” position feels more secure and makes the speaker feel safer.

For the design of a speaker, it’s often small things and a matter of preference. For me, a major preference for speakers is clarity of design and control. Rather than having a smaller number of multi-use buttons, I would prefer that each button has a single, clear function. On that note, the Corbett does well. It makes use of the entirety of its large size to provide one button for each major function.

In addition to these buttons, however, the control panel features one other striking design choice that I appreciate, a battery indicator. While many Bluetooth devices rely on the battery indicator provided by the phone, only warning the user when the battery becomes critically low, the Corbett offers a 4-light indicator in the control panel to allow users to have a clearer picture of battery life without checking their phone.

Finally for design elements, aside from those already covered that contribute to the speaker’s waterproofing, the Corbett has a built-in carabiner. While not a feature I’ve ever looked for in a speaker, it has come in handy for times when there simply isn’t a stable, flat surface to place it on. It’s not a feature I’d expect the average user to be excited about, and definitely not one the average user would make use of daily; it’ll likely be useful every once in a while, and I’ve never found its presence to be an issue when unneeded.

This is the one area where the Corbett takes a bit of a hit. It’s a brick. While not especially heavy, the speaker is large enough to make it slightly cumbersome to carry. This makes it great for pre-planned excursions but not as convenient for daily use as a portable speaker.

The TimoLabs Corbett Waterproof Bluetooth Speaker is a solid speaker that feels safer in aquatic environments than many of its competitors. It has a good response at all frequencies. Not ideal for portability but far more rugged than many of the more portable ones. Overall, a solid waterproof speaker for those who fear breaking lesser units.

The TimoLabs Corbett Waterproof Bluetooth Speaker retails for $79.99 on Amazon.com 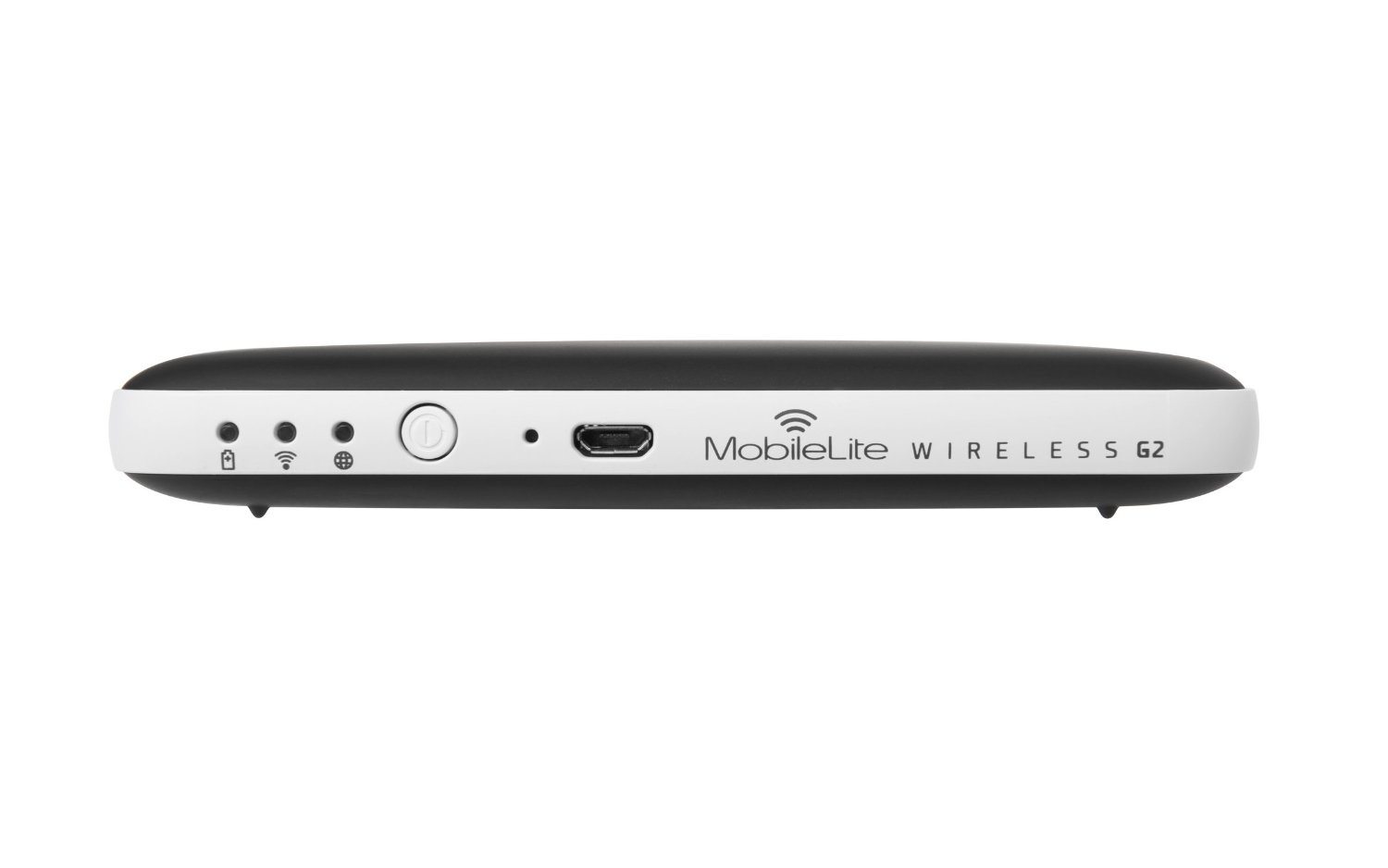 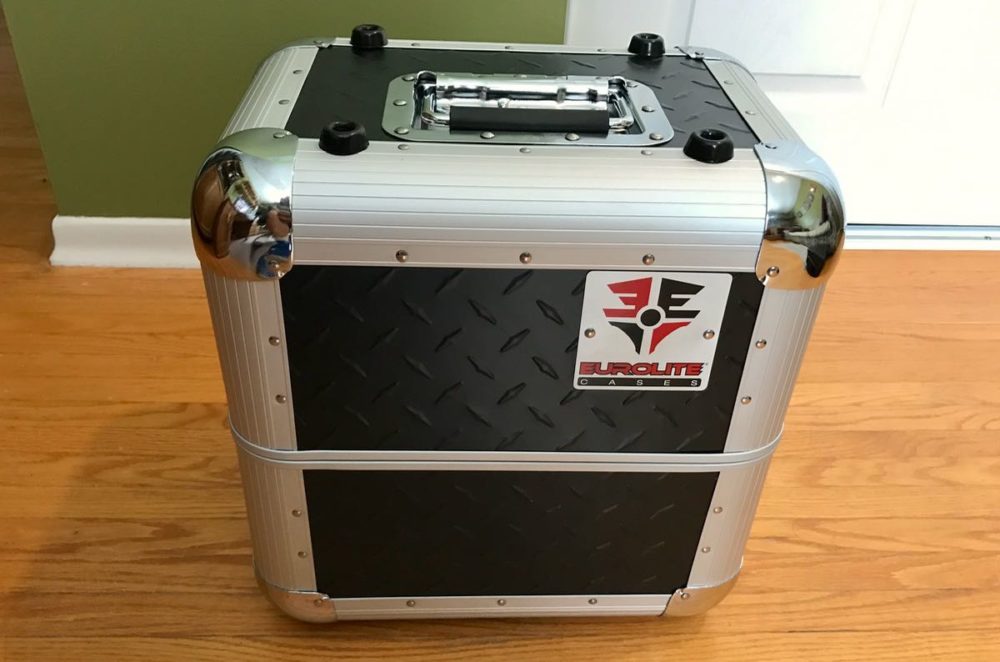