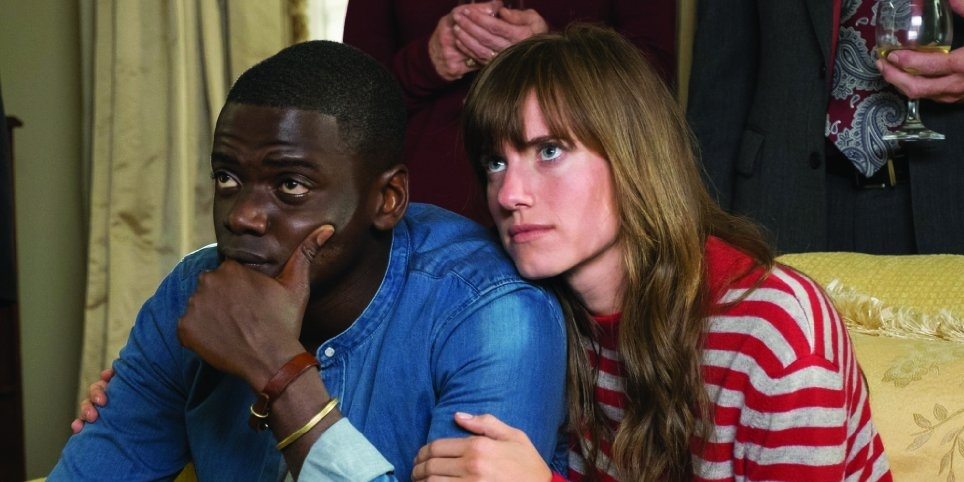 Get Out is about an interracial couple, Chris and Rose, played by Daniel Kaluuya and Allison Williams, who travel to Rose’s home for Chris’s first meet-the-family experience. After arriving, things seem normal and Rose appears to be the product of a typical American family. However, during their first night’s stay, Chris begins to notice strange behavior from the African-American residents of the town. And things get even more bizarre when Rose’s extended family and friends show up the next morning.

The film has primarily been marketed as “horror.” Although it has elements of horror, any true horror fan would disagree since the film lacks many signature aspects of the genre. Don’t get me wrong, the mood and tone are bleak at moments, but just as Get Out prepares you for a leap into horror, it takes a sharp u-turn and lands in the “psychological thriller” space. After watching the film in its totality, I personally lean toward calling it a “dark comedy” because of the over-the-top nature of the reveal. Regardless of what it’s called, Get Out has an interesting social message that some will find hard to ignore.

Since the movie is a “psychological thriller” which blends horror, suspense, and comedy, your appreciation for the film will greatly depend on your expectations. As a horror fan, I believe most true horror fans will be disappointed. Yet, the thriller/suspense crowd should appreciate the feel of this film. Ultimately, Get Out touches on elements of race relations, and your appreciation of the movie will largely depend on your reaction to its “message.”

4. Does it deserve its R rating?

Yes. Although there is no nudity, there are conversations in which sexually explicit material is discussed. And there are a few graphic scenes toward the latter part of the film. Also, the tone is consistently gloomy and disturbing, which is why it has been called horror. But as R ratings go, I would say this is a mild one. Much like Jaws, this may be a film whose rating changes after a few years.

5. Should I allow my kids to watch it?

A wise man once told me to never parent anyone else’s children. As a result, this is a call that parents have to make based on their tolerance of the material and message of the film. Personally, my first thought after it ended was that my teenagers need to see this film. As an African-American, my primary reason is for them to see a quality film directed by an African-American, and to see a black male in a leading role not cast in the stereotypical role. I do not think the “message” of the film is really something to be taken seriously, so I want my kids to see this film primarily based on its entertainment value.

6. Does it deserve its 99% Rotten Tomatoes rating?

Honestly, I initially had no desire to see this film. I thought the trailer was miserable and gave no insight into what the film was about. When I saw that it had a 100% on Rotten Tomatoes (now 99%), I changed my mind. Growing up, my brother and I had a theory that movies with poor trailers were often the best films. Such is the case with Get Out. The critics gave Get Out a 99% because it addresses social concerns head on. I also believe the way the film ended left viewers feeling vindicated. In my opinion, 100% ratings are reserved for Christopher Nolan classics. Although this film does not come close to The Dark Knight, Inception, or The Prestige, I do believe it is a film worth watching.

I will definitely watch it at least once more. Not because it moved me to re-watch, but because I want to better recognize the clues that are dropped prior to the reveal. Watching it again with the knowledge of what happens should be even more entertaining. I am not a huge “re-watcher” of films, ok, maybe I watch the current crop of comic films ad nauseam, but for most films, especially those with a “reveal,” watching them again leaves me with a “been-there-done-that” feeling.

8. Best time for a bathroom break?

Get Out takes its time getting to the point and drops hints throughout, so departing at the wrong time could leave you scratching your head later. The best time to leave may be during the “party” since not too much happens that has not already been established. Also, during one of Chris’ phone calls to his friend Rod would be a good time if you keep it short.

Although the film touches on interracial relationships in a direct manner, it strays away from any serious dialogue about relationships between blacks and whites. I cannot answer this question in much detail without spoilers, so I’ll leave it at this… we should strive to fully embrace people for who they are and not just nitpick over traits that we like and dislike in people whose paths we cross, especially if cultural differences exist.

Contemporary Hollywood films rarely attack issues surrounding interracial couples. Most films that have an interracial leading duo do not address the issue at all, such as in Focus. Or, when they do, it’s often tongue in cheek, like the movie White Chicks. Films that take it more seriously, such as Jungle Fever, often focus on the negatives so much that the message is “don’t do it.” Even Get Out makes clear in the title what its message about interracial dating is. Many real-life interracial couples overcome stereotypes and other issues to have long healthy relationships. Hollywood addressing this topic in a positive manner is long overdue. 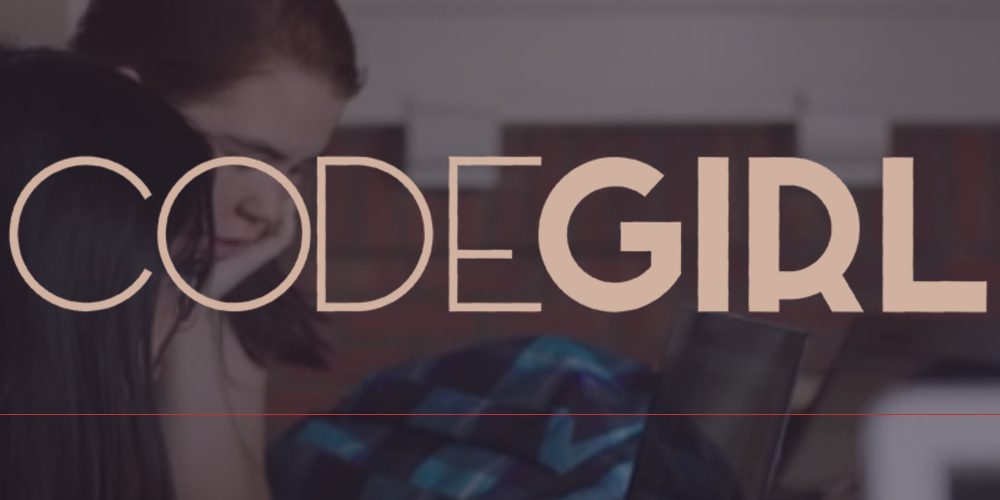 ‘CODEGIRL’ Documentary to Stream for Free on YouTube Nov. 1st-5th